Some coworkers and I decided to hold a photowalk in downtown Austin back in April of 2012. We started at a local burger joint then began our walk from South Congress north towards the Texas State Capitol. We made a couple of stops before we arrived there. Our first stop was to shoot the downtown skyline from the Long Center for the Perfuming Arts facility then from the trail that runs on the south side of the river that dissects downtown Austin. I recently posted an image from that area. You can see that post by clicking here.

We arrived at the Texas State Capitol building after sunset so our only lighting was the one that shines on the building. As we moved around the facility, I noticed that the Texas State Troopers that guard the building were paying very close attention to us. One approached and asked what we were doing and asked us to show our identification. It never dawned on me that we were there taking pictures of a potential terrorist target… I guess he decided that we were not a threat and let us go. We quickly finished our work and moved along. 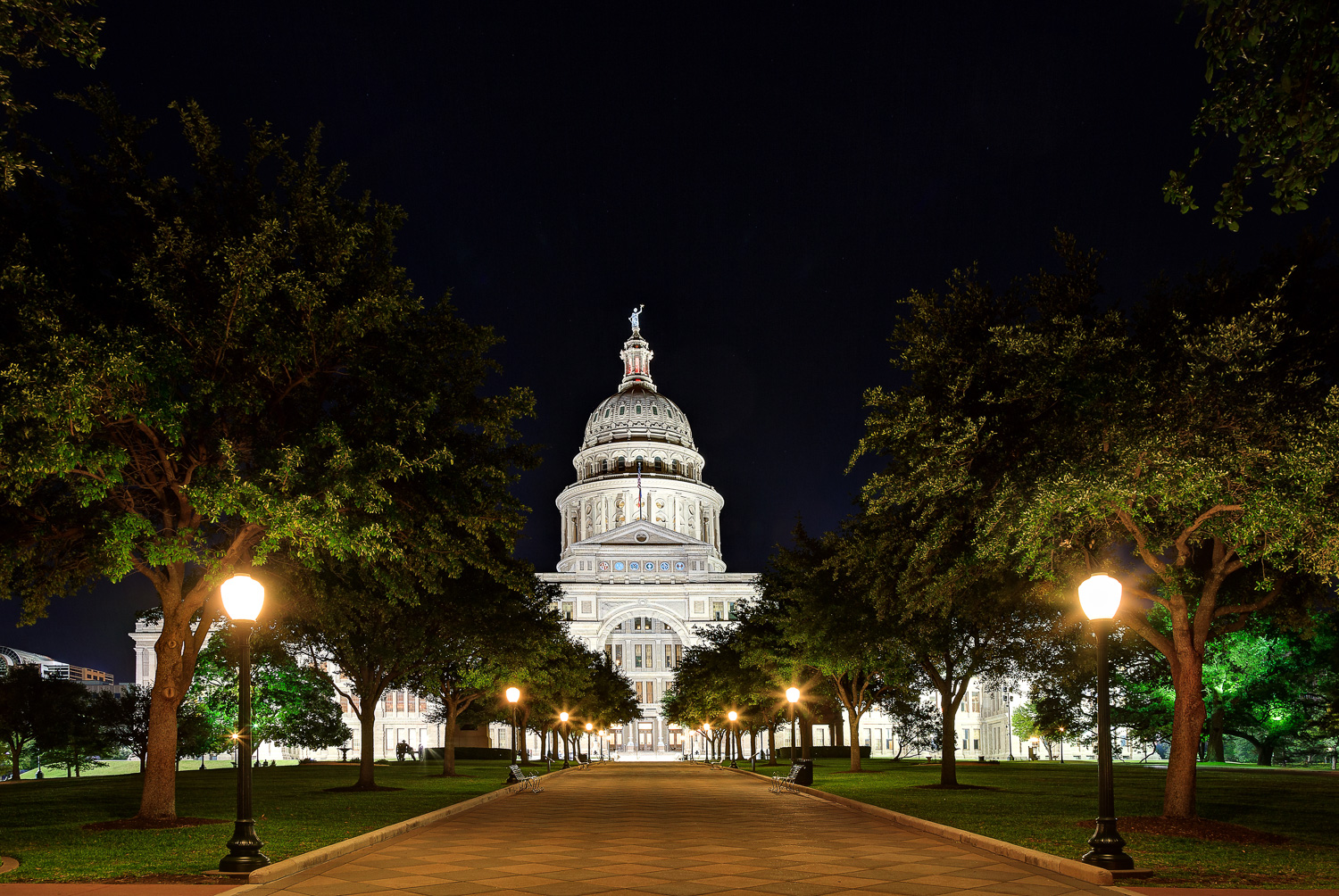 These images were taken with my  Canon EOS 5D Mark II using my EF24-105mm f/4L IS USM set on 24 mm. The camera was set on Aperture priority mode with the aperture set at f/9, shutter speed at 6 and ISO at 200.  I shot three bracketed photos (-2, 0 & +2 stops) intending to use HDR software to create one image. I then used Lightroom and Photoshop along with Nik Color Efex to finalize the work.