And now for something a little different… I’m in Western New York this week visiting family members so I went out this morning and scouted a few locations for photography. My first stop was the Old Fort Niagara. I arrived there mid-morning and I realized that I should have arrived at 9:00 AM when they opened. There were a couple of bus-loads of tourists when I arrived and three bus-loads of students while I was there. I was able to get one series of shots without tourists.  I was in the process of shooting when I saw another person enter the frame. I was about to get upset when I realized that one of the soldiers was walking across the doorway. I quickly took my photos and was thankful for the opportunity.

The history of Old Fort Niagara spans more than 300 years. A fort at the mouth of the Niagara River was vital during the colonial wars as it controlled access to the Great Lakes. It’s importance diminished with the completion of the Erie Canal in 1825. It remained an active military post well into the 20th century.

The French build the first port, Fort Conti, in this location in 1679. In 1726 France finally erected a permanent fortification with the construction of the “French Castle”. Britain gained control in 1759 and held the post throughout the American Revolution. It was ceded to the United States in 1815. The Fort was restored in 1934. The Fort was a barracks and training station for American soldiers throughout both World Wars. The last Army units withdrew in 1963. The buildings are well built. I highly recommend a stop here if you find yourself in the area. 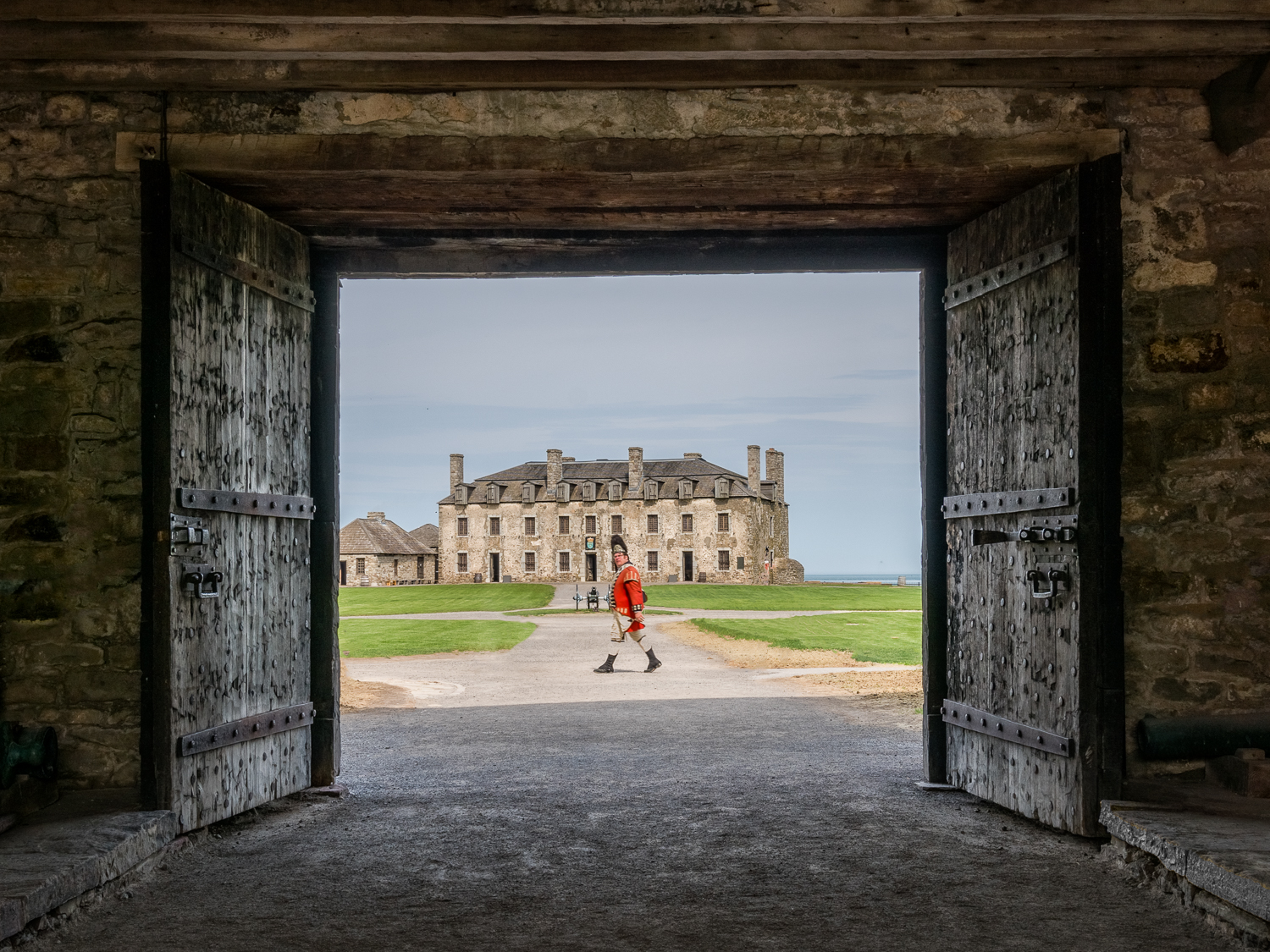 This image was taken with my Sony A7R II using my Sony FE 16-35mm f/4 Lens set on 24 mm. The camera was set on Manual Mode with the aperture set at f/11, shutter speed at 1/1000th of a second and the ISO set at 1000. I used a tripod for stability. I captured a series of three images (+2, 0, -2) and brought them together into one image using Lightroom’s HDR Merge feature. I finalized the image in Photoshop using Nik Color Efex Pro.

Also, you can access my structures gallery by clicking here. Please use the section below to post your comments, questions or suggestions.