The San Xavier del Bac Mission is a historic Spanish Catholic mission located about 10 miles south of downtown Tucson, Arizona, on the Tohono O’odham San Xavier Indian Reservation. I visited this area in the spring of 2013 and stopped in at the mission to capture some images.  I had visited this area before when I was shooting B&W film and thought the mission was a good candidate for color digital photography.

The history behind the mission is quite interesting.  It was founded in 1692 by Father Eusebio Kino and named after Francis Xavier, a Jesuit missionary.  Construction on the new church began in 1700 until it was destroyed by the Apache in 1770.  Today’s mission was built in the late 1700’s and is the oldest European structure in Arizona.  The Mission is a pilgrimage site, with thousands visiting each year on foot and on horseback. 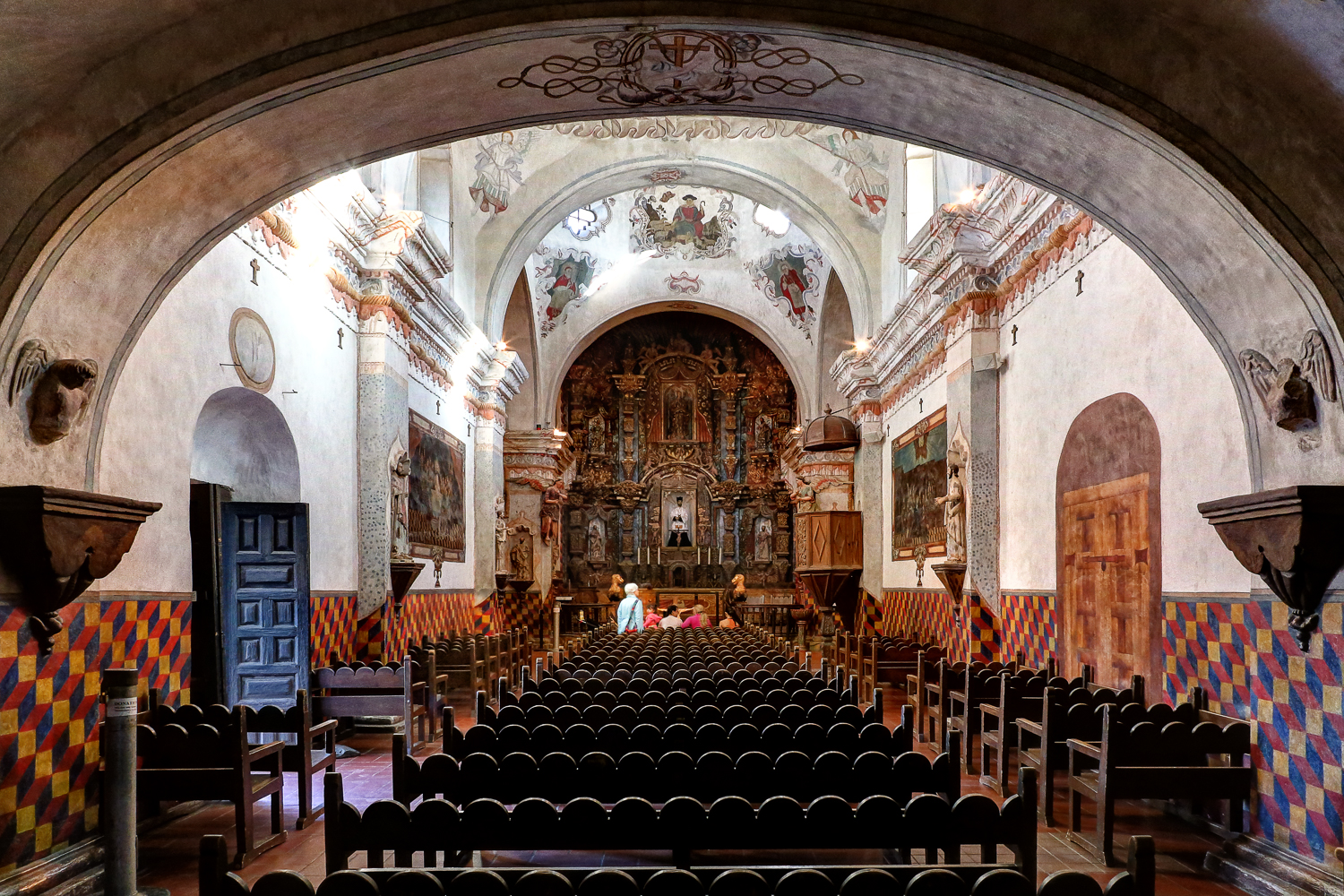 This image was taken with my Canon EOS 5D Mark III using my EF24-105mm f/4L IS USM set on 24 mm. The camera was set on Aperture priority mode with the aperture set at f/16, shutter speed at 1/20.  The facility is very dark so I had to shoot at ISO 12800.  I used a sturdy tripod as well.  I took a series of 3 bracketed photos and did my post-processing in Photomatix, Lightroom and Photoshop.