Terry’s Texas Rangers are not my favorite baseball team nor do they have anything to do with me. It does, however, play a very important part in Texas’ history. I photographed the Texas State Capitol and the Terry’s Texas Rangers monument during a photowalk in downtown Austin a few years ago. I was going through some of my older photographs and I realized I had never researched the statute in front of the Capitol. I was surprised when I found out what it was.

The Terry’s Texas Rangers memorial was erected to honor the 8th Texas Cavalry, popularly known as Terry’s Texas Rangers. It a regiment of Texas volunteers for the Confederate States Army assembled by Colonel Benjamin Franklin Terry in August 1861. In four years of service, Terry’s Texas Rangers fought in about 275 engagements in seven states. The regiment earned a reputation that ranked it among the most effective mounted regiments in the Western Theater of the American Civil War. 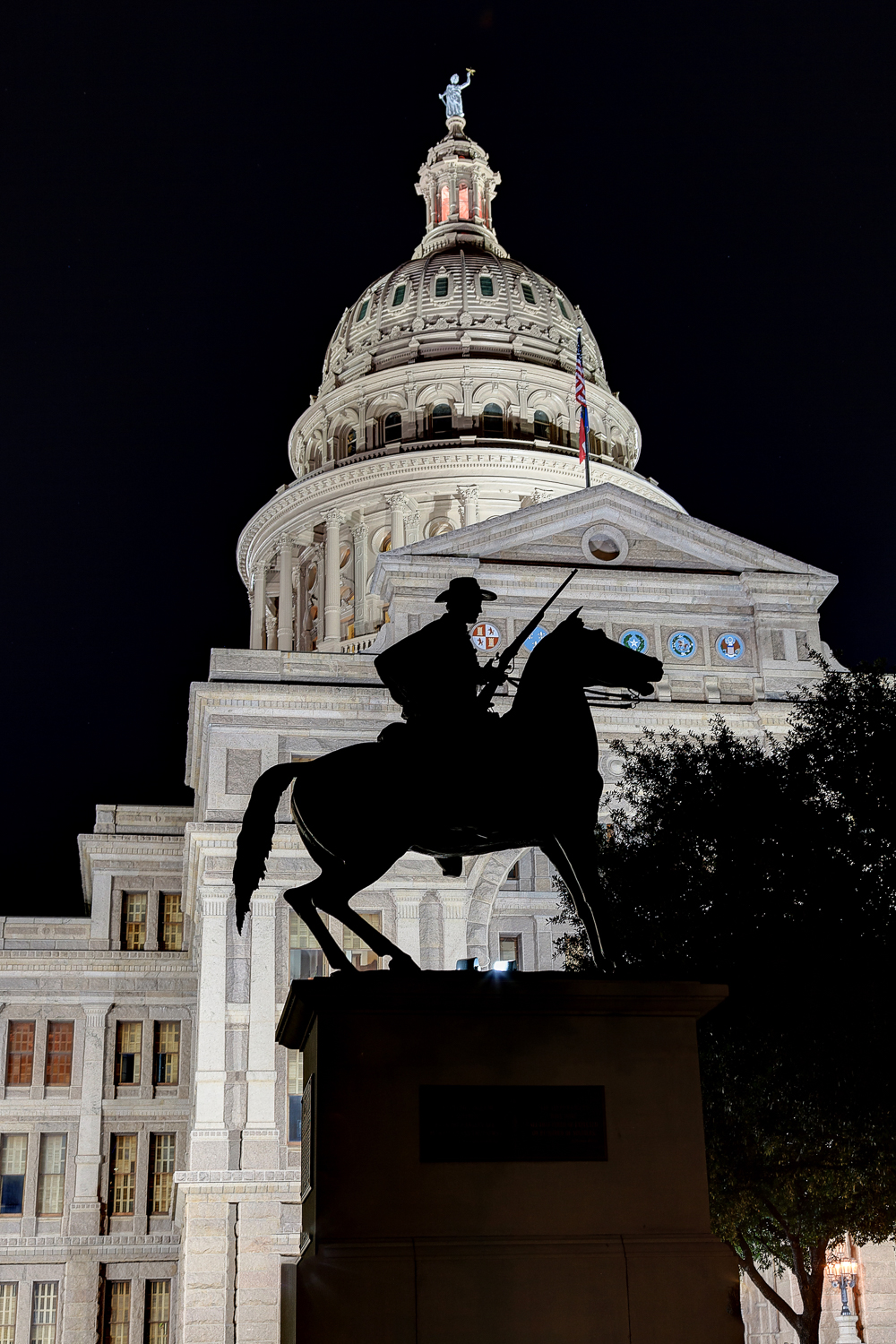 This image was taken with my Canon EOS 5D Mark II using my Canon EF 24-105mm f/4 Lens set on 35mm. The camera was set on Aperture priority mode with the aperture set at f/6.3, shutter speed at 2.5 seconds and the ISO set at 200. I used a tripod for stability. This is a single image processed in Lightroom.

You can see other photographs of the Texas State Capitol by clicking here. Please use the section below to post your comments, questions or suggestions.