I posted an image titled “Arches” a couple of days ago. I decided to post an image of more arches taken during the same trip. I detailed a story about a trip to San Antonio in 2008 to capture the San Antonio Missions with one of my film cameras. Those arches were part of Mission San Jose. The arches in the image below are part of Mission Concepción (formally named Mission Nuestra Señora de la Purísima Concepción de Acuña). Mission Concepción was established by Franciscan friars in 1716 in East Texas as a base for converting the Hasinai indians.  It was moved from East Texas to San Antonio in 1731 to serve the Pajalats who spoke a Coahuiltecan language. 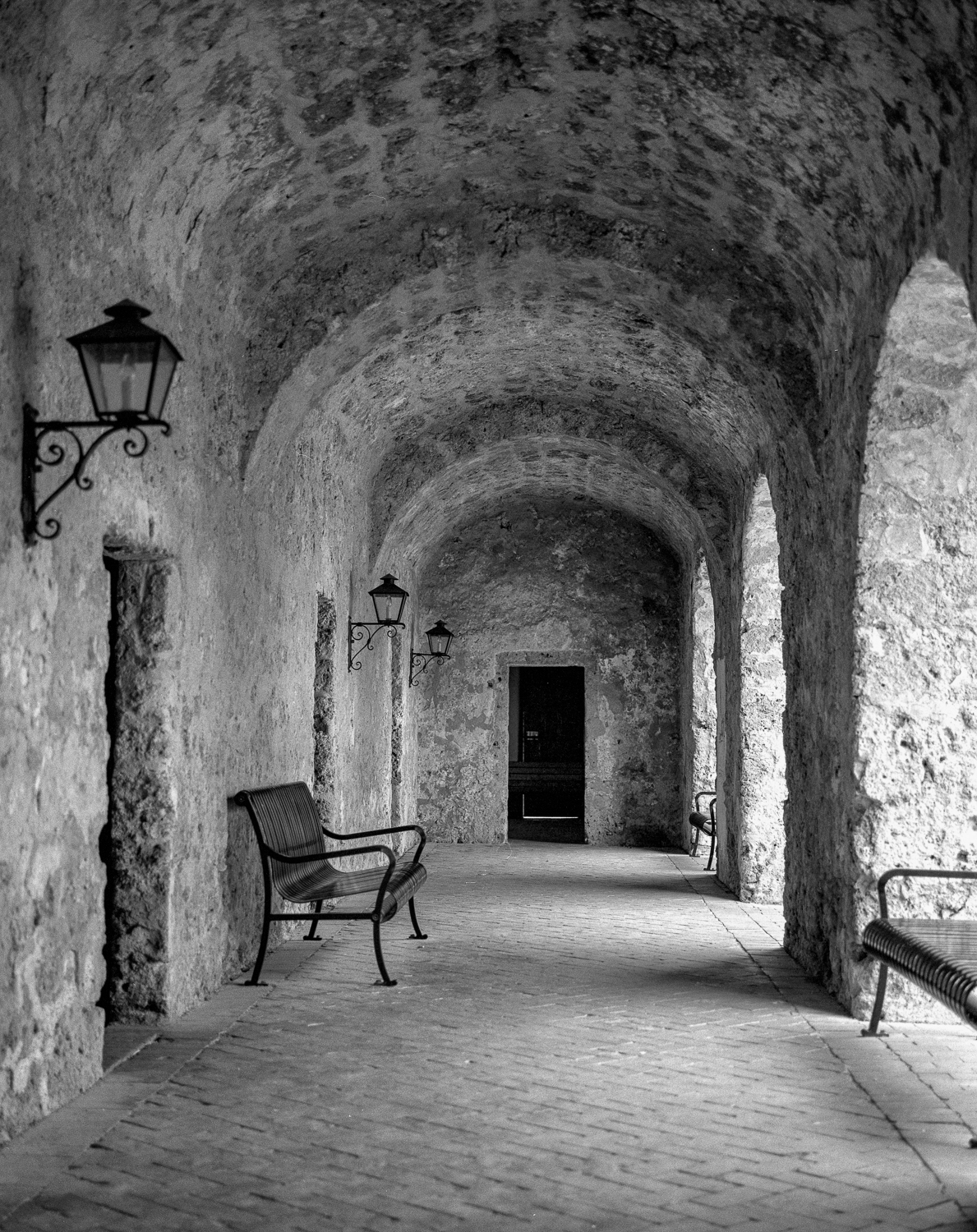 This image was taken with my using my Mamiya 7 II with the Mamiya N4 80mm Lens . The camera was set on Aperture Priority mode, however, I don’t recall the aperture and shutter speed settings. I used Kodak Professional T-Max 400 (400 ISO) black and white negative film. I processed the film in my darkroom and scanned it using my Epson V750 scanner with a medium format negative tray. Final digital processing was completed in Lightroom.