San Antonio, Texas is home to five Franciscan missions that make up the San Antonio Missions National Historical Park. These missions date back to the 18th century and are a major tourist attraction in the area. Mission San José, an active parish, is one of the missions. In 2015, along with The Alamo and Mission Concepcion, it became one of five missions in San Antonio designated a World Heritage Site by the United Nations Education, Scientific and Cultural Organization. Mission San José was a major social center. The unique architecture of its church and the richness of its fields and pastures led visitors to comment on its beauty. The size of the complex bears witness to San José’s reputation as the “Queen of the Missions.” Mission San José was moved twice from its original site until it was finally built at its present location.

I’ve visited the missions multiple times and have taken many photographs there. One of those visits took place in the spring of 2008 when I visited with the purpose of shooting black and white medium format film.  As I searched for more material for my website I ran across a binder full of those medium format negatives. I processed the film but never printed any of the images. So, I decided to start my digital archive process for this collection. This is one of the first images I scanned. The location is the patio area of Mission San Jose where these majestic arches are located. Although not very visible in this image the arch structure is a two story structure.  You can barely see the second floor above the second arch. The construction material for the mission is local limestone. It becomes blackened with mold during periods of heavy rain. Thus, the black stains. 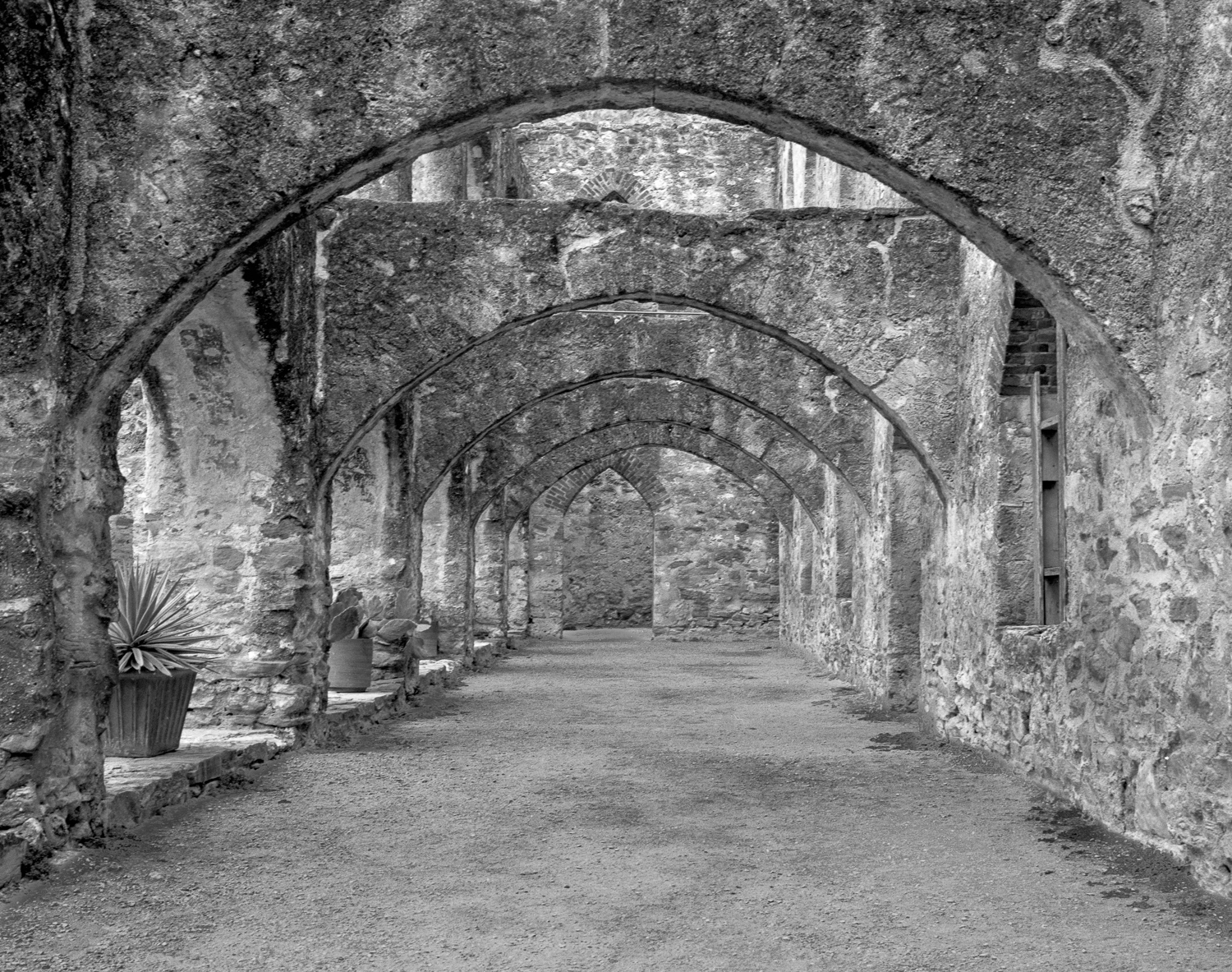 This image was taken with my using my Mamiya 7 II with the Mamiya N4 80mm Lens . The camera was set on Aperture Priority mode, however, I don’t recall the aperture and shutter speed settings. I used Kodak Professional T-Max 400 (400 ISO) black and white negative film. I processed the film in my darkroom and scanned it using my Epson V750 scanner with a medium format negative tray.