Thomas Jefferson, one of our founding fathers, principal author of the Declaration of Independence, member of Congress, Secretary of State and the third President of the United States (1801–1809). Wow, what a resume! Born in Virginia on April 13, 1743 (a Saturday, not a Friday), he attended the College of William & Mary in Williamsburg, Virginia and studied mathematics, metaphysics, and philosophy. Although he consistently opposed slavery, he owned hundreds of slaves and freed only a few of them. Historians generally believe that he had a long-term relationship with a younger female slave who gave birth to one of his children.

The image below is of the Jefferson Memorial. I captured this image during a trip to Washington DC in the summer of 2005. During this trip I shot mostly 35mm film (Black & White) and some medium format film. I spent a bit of time at this memorial.  I think it’s one of my favorite memorials, architecturally speaking.  I love the shape, the detail and the artwork. 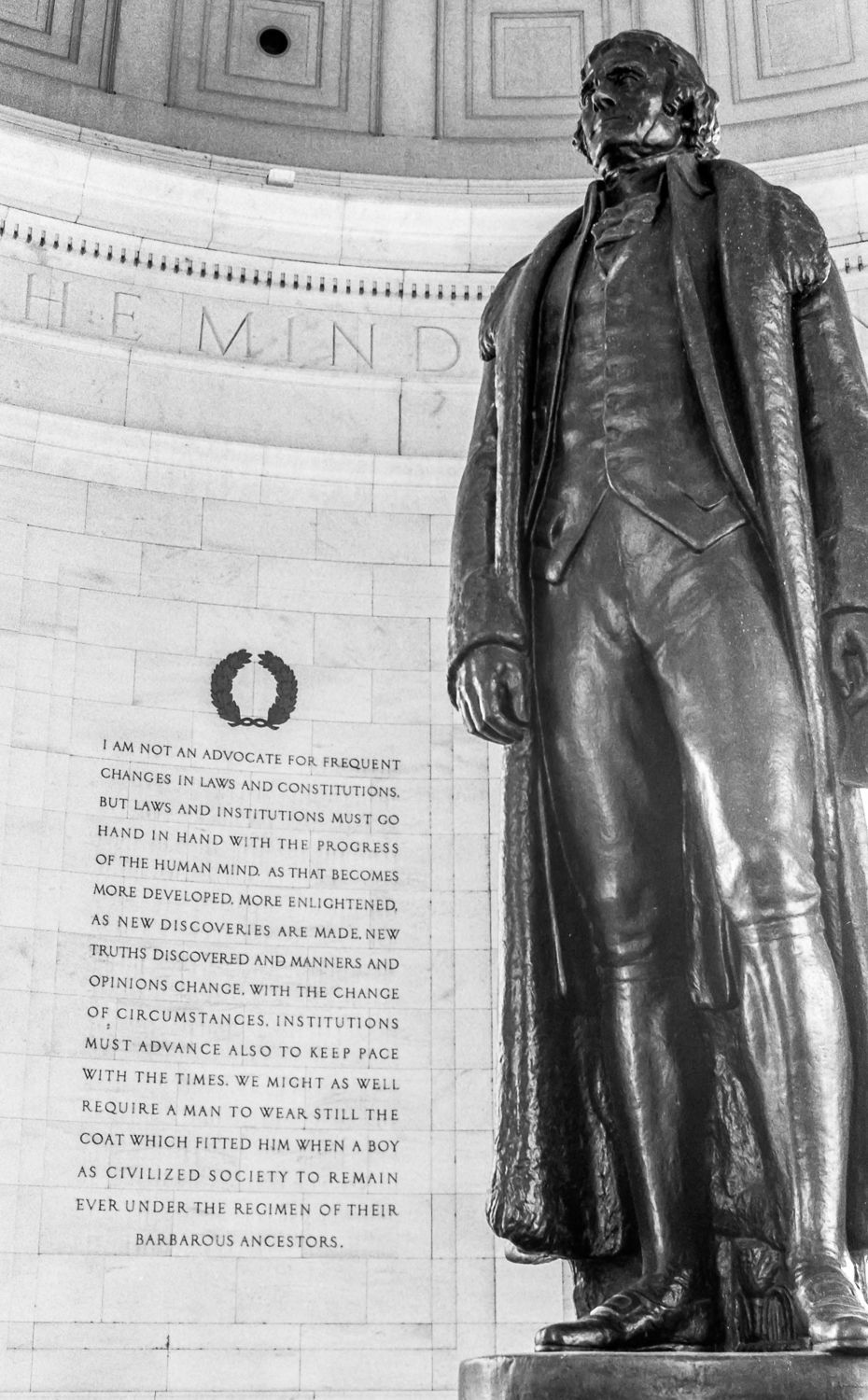 This image was taken with my using Canon EOS A2E and my Canon EF 16-35 f/2.8 Lens set on 16mm. The camera was set on Aperture Priority mode but I don’t recall my settings. I used Kodak 400 TMY film and processed the film and prints in my home darkroom. As I look at some of my older work, I’ve realized that I’ve gotten sloppy in my image alignment and settings in the camera.  It’s so easy with today’s post-processing options to “fix” things after the fact.  I’m now working more on regaining some of those lost skills/habits.