One of the most moving areas within the Arlington National Cemetery is the Tomb of the Unknown Soldier. The monument stands atop a hill overlooking our nations Capital. In 1921, the United States Congress approved the burial of an unidentified American soldier from World War I in the plaza of the new Memorial Amphitheater. The white marble sarcophagus has a flat-faced form. Sculpted into the east panel which faces Washington, D.C., are three Greek figures representing Peace, Victory, and Valor.  Inscribed on the back of the Tomb are the words: “Here rests in honored glory an American soldier known but to God.”

As I mentioned in yesterday’s post, I had the chance to visit the cemetery during the summer of 2005. Getting a clear shot of the monument is very difficult due to the large number of people gathered around the tomb to witness the changing of the guard. So, I decided to go down below and shoot the tomb looking up from the stairs. It worked out great despite missing the bottom half of the building. 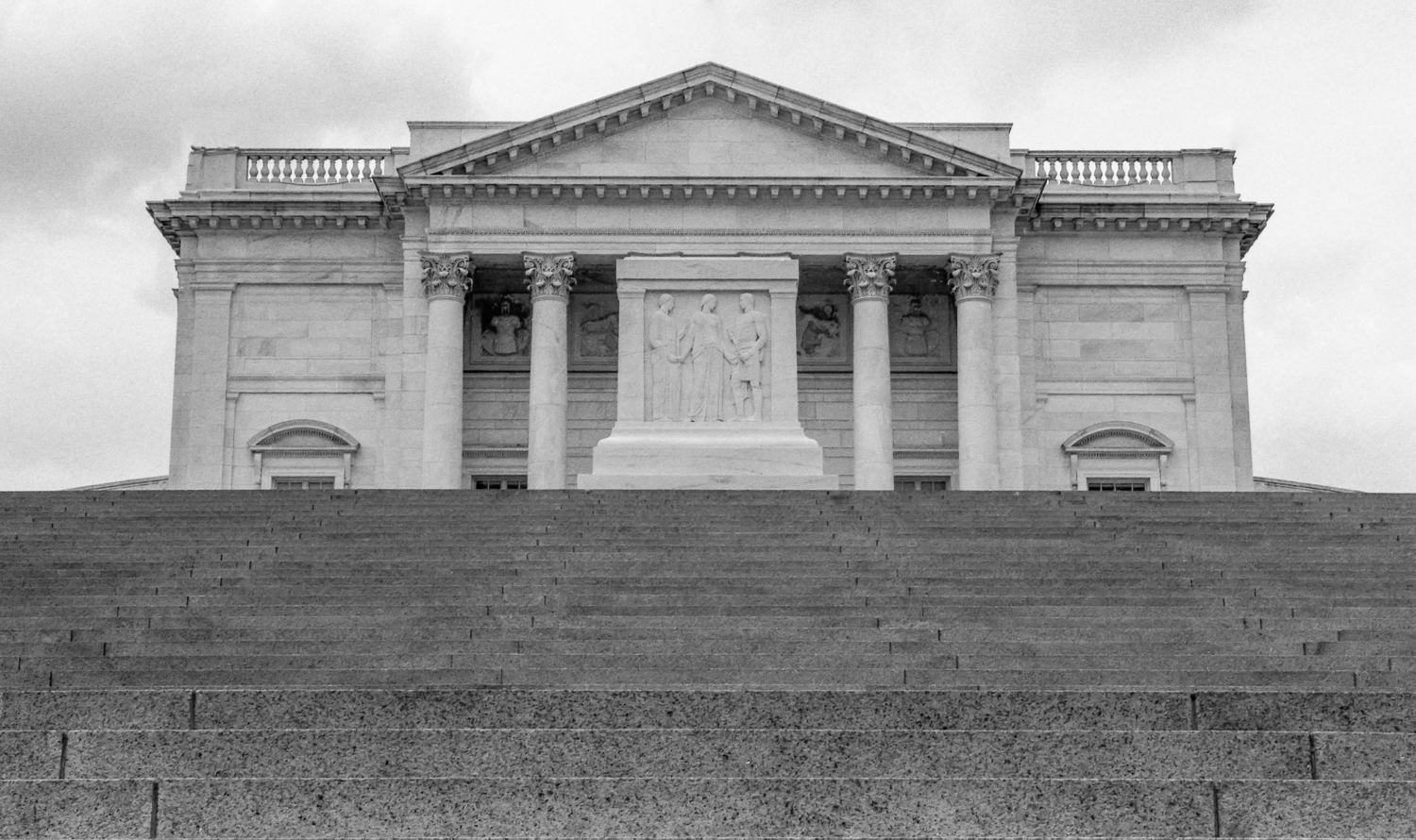 This image was taken with my Canon A2E and my Canon EF 28-70mm f/2.8L II USM Lens set on 28mm. The camera was set on Aperture Priority mode but I did not record all the settings. The film was Kodak T-Max 100 and it was developed in my new darkroom.