One of the most important parts of the US Government is the United States Supreme Court. I had a chance to tour the Supreme Court building while visiting the DC area during the summer of 2005 and I was very impressed with the architecture. The Court is built in the Neoclassical style with these amazing columns. The massive columns are the centerpiece of the building and support the Eastern and Western façades. The Western façade (essentially the front of the court and the side that faces the Capitol) has the inscription “Equal Justice Under Law” and the Eastern façade has the inscription “Justice the Guardian of Liberty”. Both are fundamental statements representing our constitution. 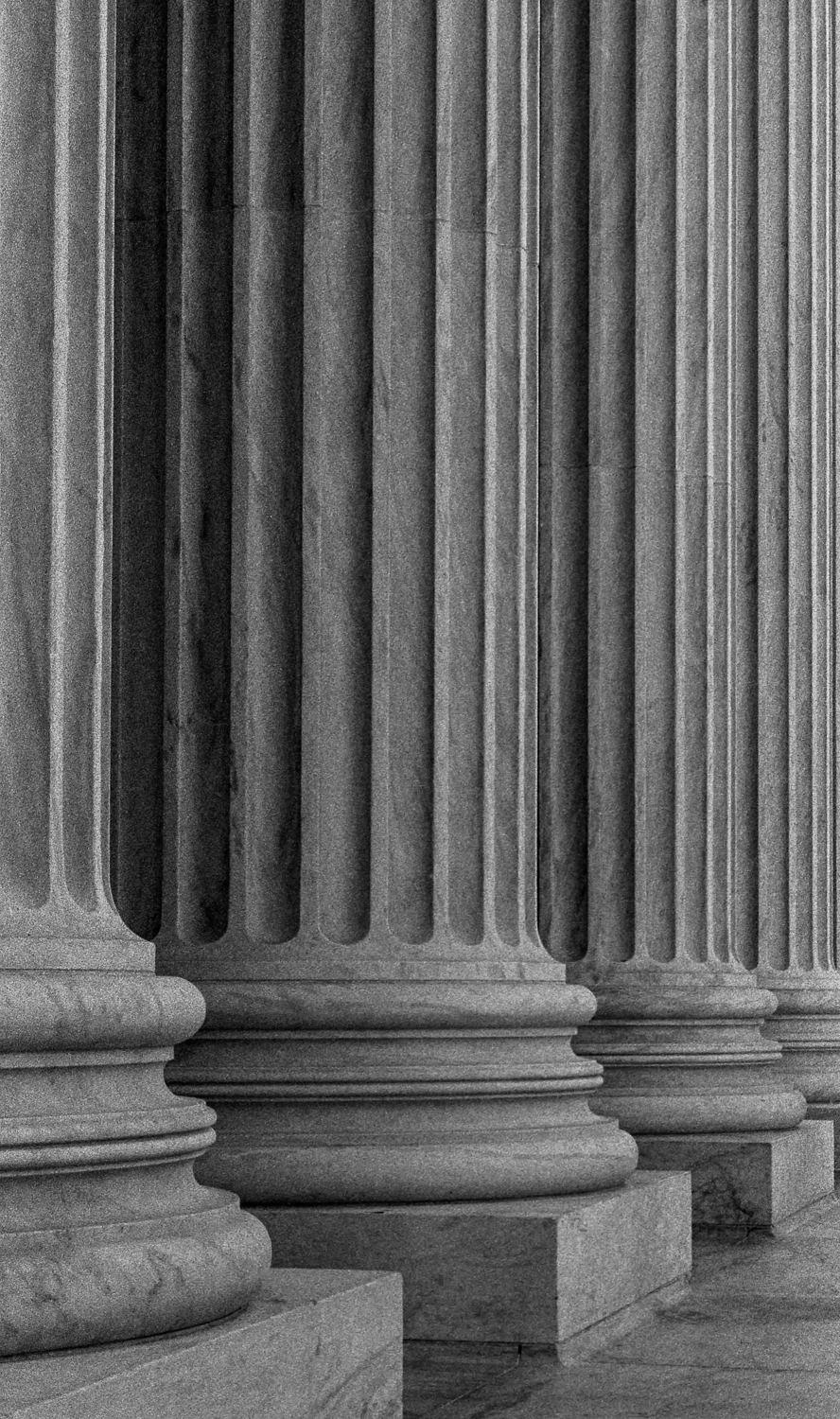 This image was taken with my using Canon A2E and my Canon EF 28-70mm f/2.8L II USM Lens set on 28mm. The camera was set on Aperture Priority mode but I don’t recall my settings. I used Kodak 400 TMY film and processed the film and prints in my home darkroom.