My last few posts mentioned the Austin Photowalk that I took with some co-workers back in the spring of 2012 and the fact that the Long Center for the Performing Arts was the first stop on the walk. This image is of the archway that surrounds the patio of the Long Center.  Of particular interest in this photo is Venus, who decided to photo-bomb the shot. Venus is one of the four terrestrial planets in the Solar System, meaning that, like Earth, it is a rocky body. In size and mass, it is similar to Earth, and is often described as Earth’s “sister” or “twin”. The planet is always brighter than any star (apart from the Sun) and is visible in the western sky. 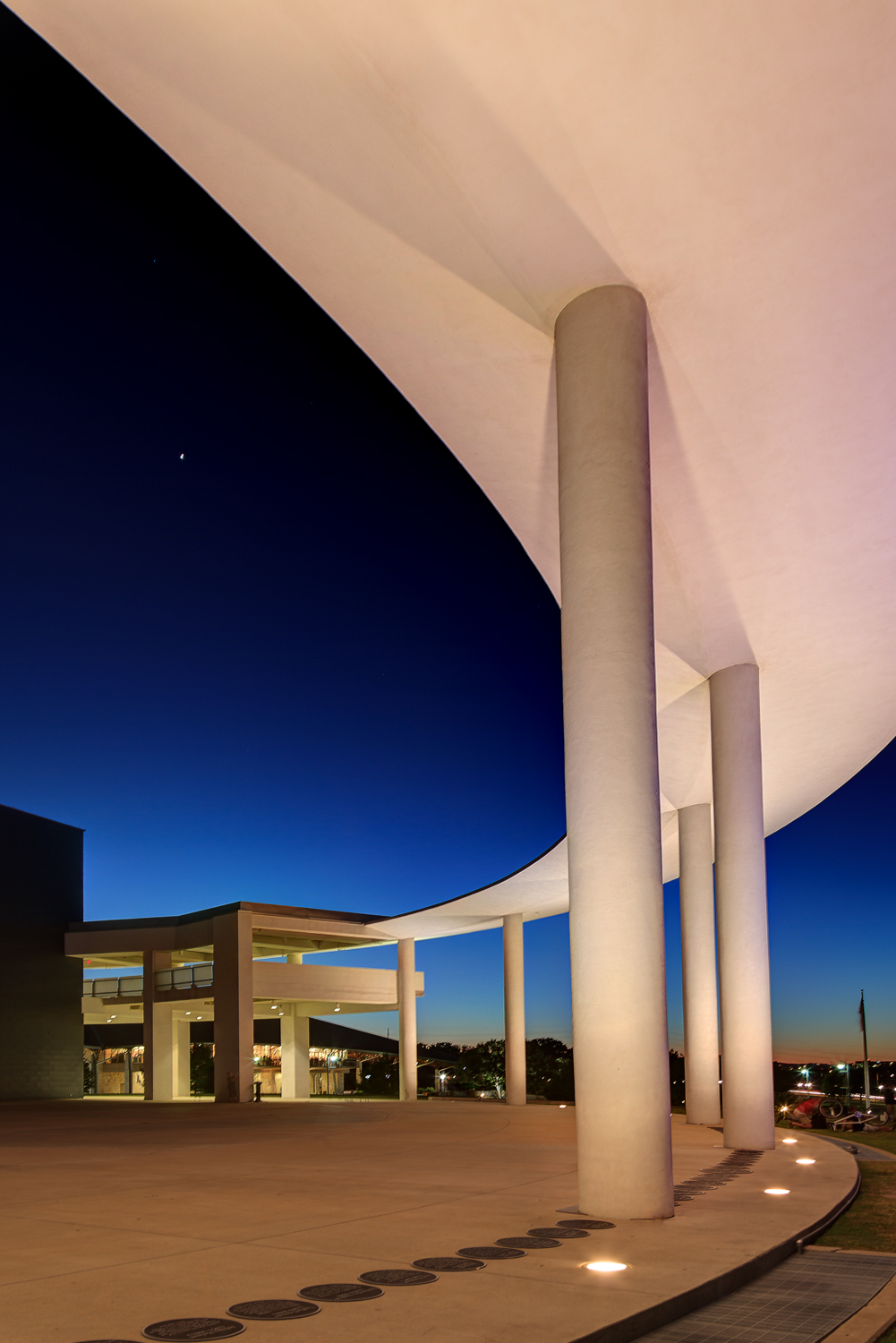 This image was taken with my Canon EOS 5D Mark II using my Canon EF24-105mm f/4 Lens set on 24 mm. The camera was set on Aperture Priority mode with the aperture set at f/10, shutter speed at 5 seconds and the ISO set at 100. I took a total of three bracketed images (+2, 0, -2) and processed them in Photomatix as one HDR image. Final processing was done in Photoshop.