This photograph was taken a few feet away from the Texas State Capitol photograph that I wrote about yesterday. The City of Austin has undertaken an initiative to increase bicycle ridership in the metropolitan area, especially in central Austin. The initiative is called “The City of Austin Bicycle Master Plan 2014“. The goal of the plan is to increase bicycle ridership in the city thorough the creation of a network of protected bike lanes, ride sharing programs and improved safety. The Austin B-cycle system in the image is part of that plan.

Austin B-cycle is a non-profit organization that began providing bike sharing services to Austin in December 2013. The program immediately broke national records for check outs during SXSW. This made it one of the most successful bike-sharing programs in the country. Currently there are 50 B-cycle stations around downtown Austin. Each bicycle is equipped with a basket, a 3-gear system, lights, reflectors, front and rear brakes, puncture resistant tires, splash & chain guards and an adjustable seat. I can’t imagine that this is a comfortable ride… 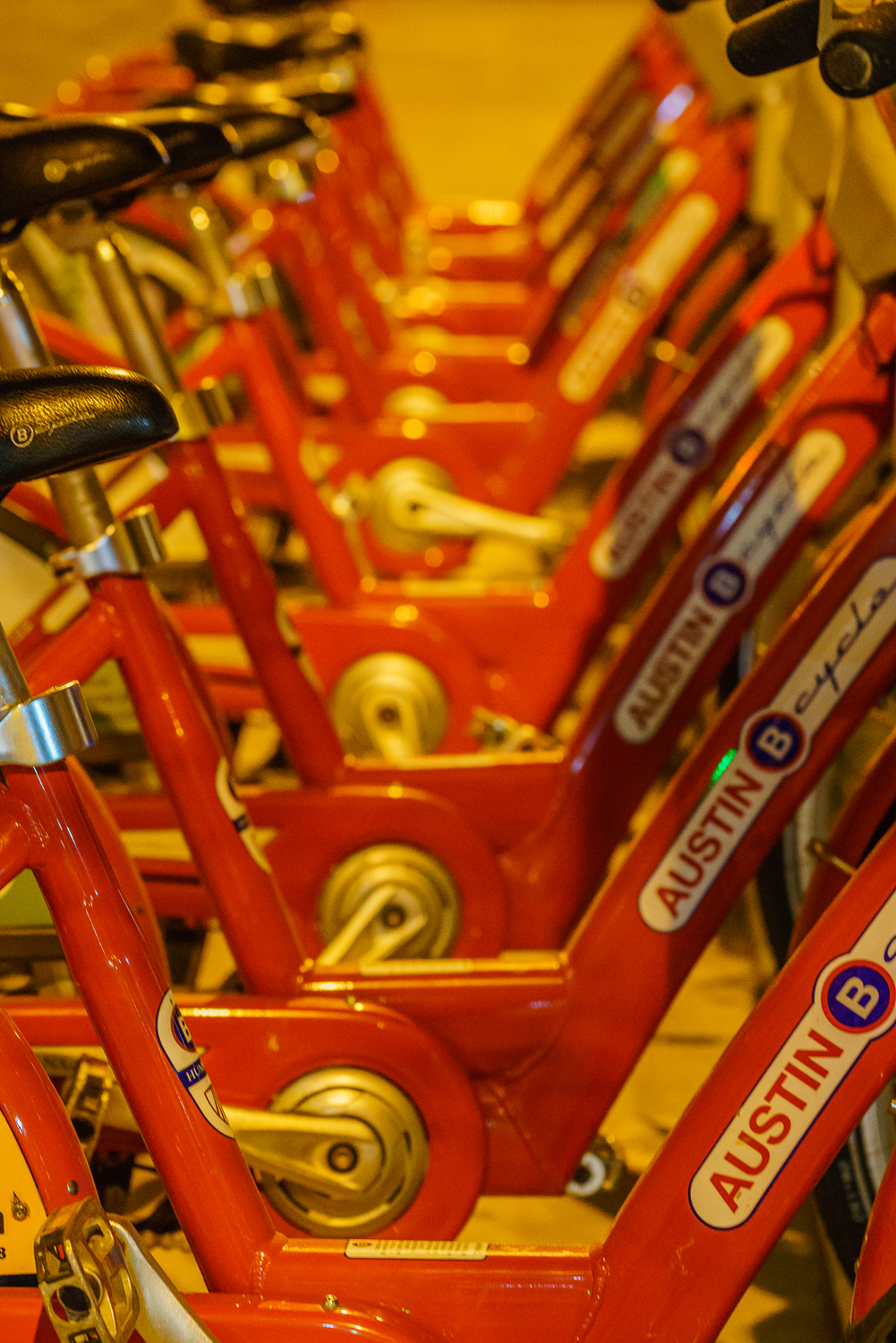 This image was taken with my Sony A7R II using my Sony FE 90mm F/2.8 Macro Lens. The camera was set on Aperture priority mode with the aperture set at f/5, shutter speed at 1/13th of a second and the ISO set at 6400. I did not use a tripod for this shot, thus the high ISO. I used Lightroom to process this photo. I took this photo to illustrate Depth of Field. I focused on the first bike and set my aperture at various settings until I got the desired effect.