This photograph of the Texas State Capitol in Austin, TX was taken four blocks south of the Capitol grounds at the intersection of 7th and Congress during a recent photowalk with a friend. I waited for traffic to thin out before standing in the middle of the street to photograph this iconic structure.

Congress Avenue is a major thoroughfare through Austin.  The street is a six-lane, tree-lined avenue that cuts through the middle of the downtown area and proceeds into far south Austin. It leads directly into the State Capitol building. Congress Avenue south of Lady Bird Lake (aka Town Lake) is known as South Congress (abbreviated SoCo). It is a very popular shopping and restaurant district. Edwin Waller, the first mayor of Austin was the one who designed Congress Avenue to be Austin’s most prominent street. Early structures along this street included government buildings, hotels, saloons, retail stores and restaurants. The original dirt street was bricked in 1910 and trolley cars operated on the Avenue until 1940. The Capitol building was built in 1888 pink granite from a quarry near Marble Falls, TX. 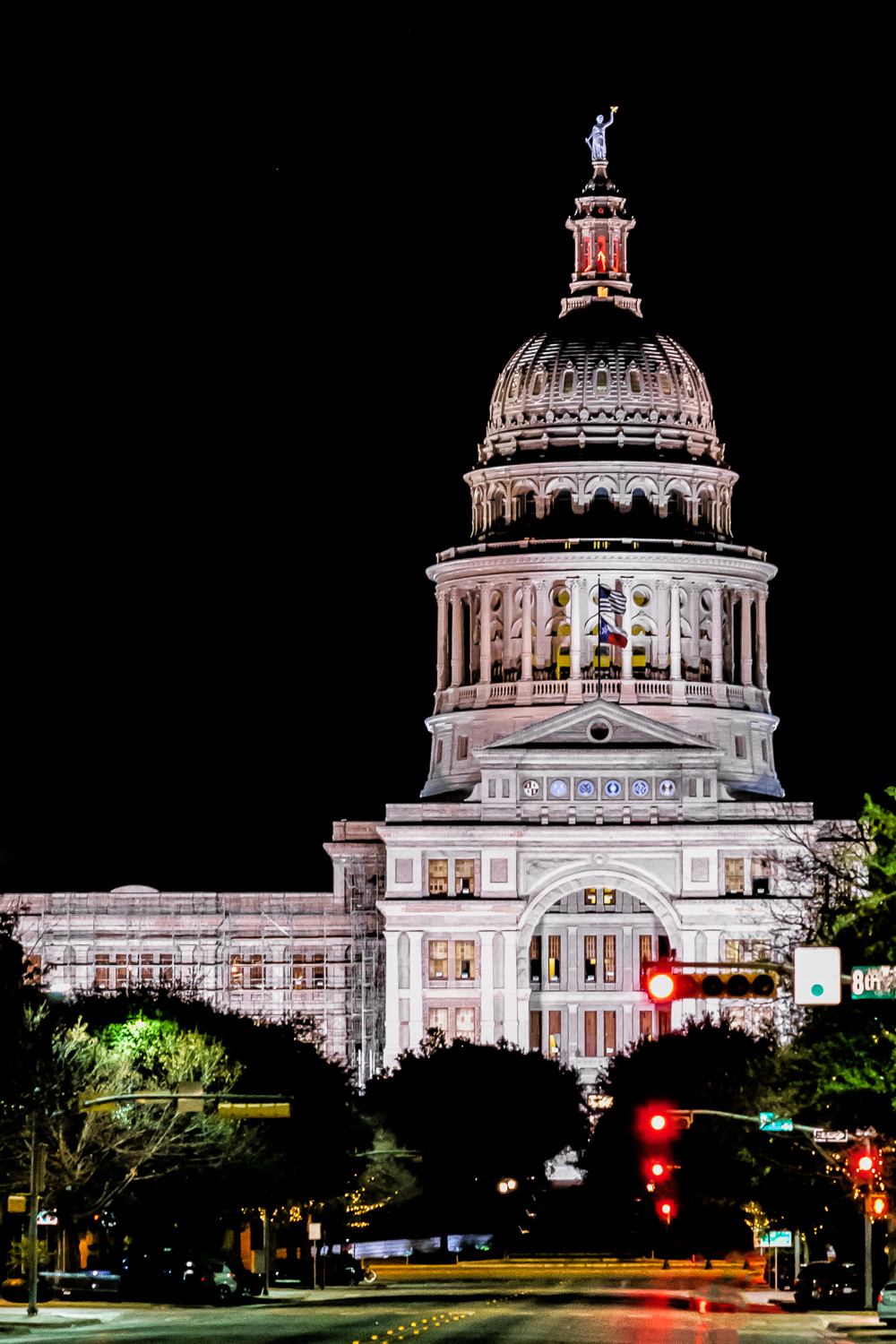 This image was taken with my Sony A7R II using my Sony FE 90mm F/2.8 Macro Lens. The camera was set on Aperture priority mode with the aperture set at f/5, shutter speed at 1/50th of a second and the ISO set at 6400. I did not use a tripod for this shot, thus the high ISO. I used Lightroom to process this photo.

You can see my collection of Texas State Capitol building photos by clicking here. Please use the section below to post your comments, questions or suggestions.