Our nation’s capital is a magical place. I had the opportunity visit there in the summer of 2005. I was in awe despite the fact I had been to our nation’s capital many times before. The magnificent structures, the patriotic feeling, the cross-section of people from all over the world and the magnitude of all there is to see is overwhelming.  It’s a tourist’s dream. So many great places; The White House, The Capitol Building, the monuments, museums, Arlington National Cemetery and the Pentagon. So much to see, so little time. 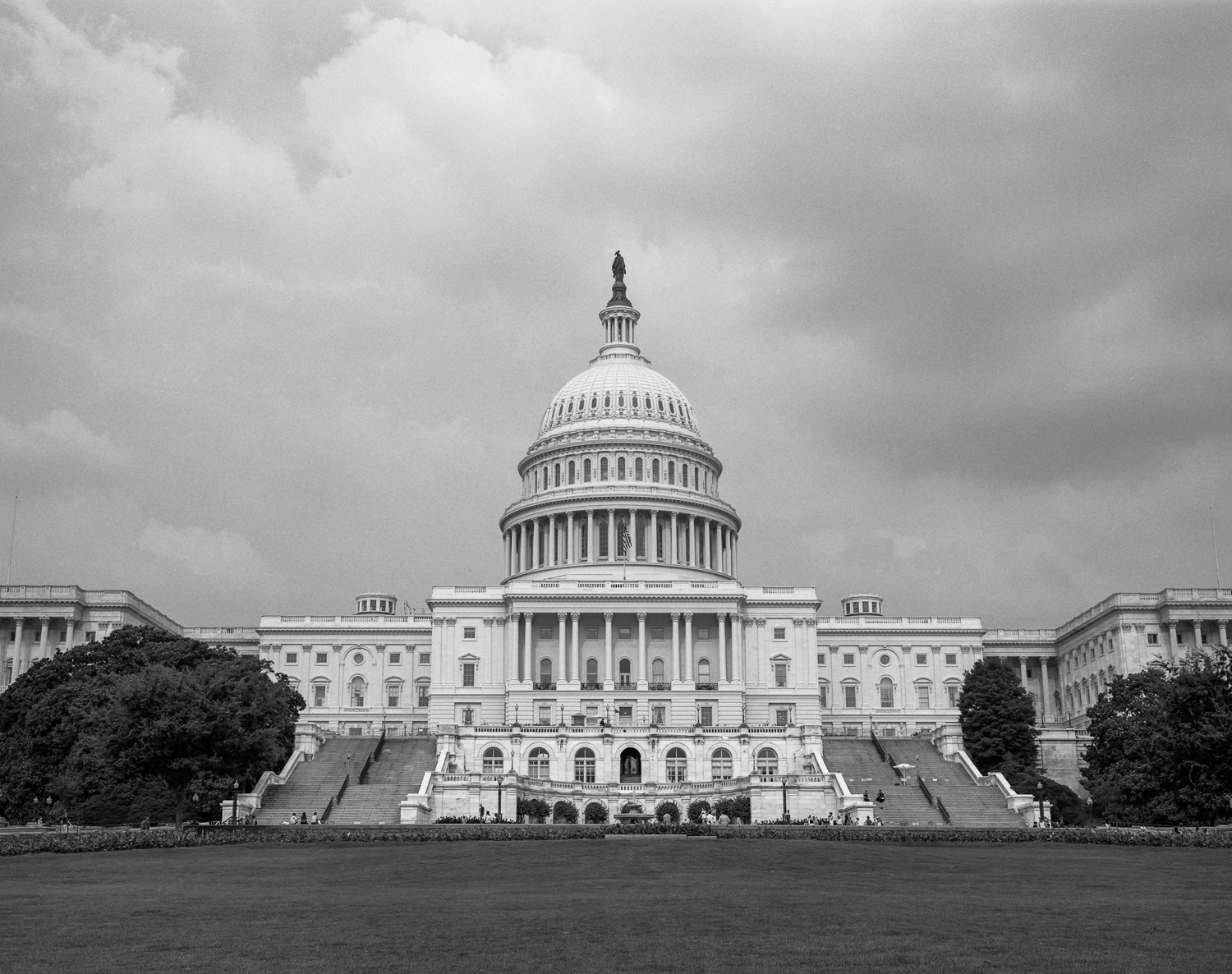 When I visited I had a clear vision of the black and white film images I wanted to capture. So, I loaded up my Mamiya 7II, my Canon A2E, a few lenses and a bag of film and headed to DC. I visited all of the popular places and shot a couple dozen rolls of film. The images in this portfolio are scanned images from negatives. The quality is not so good. Some day I’ll get a better scanner and scan them again. Most of these images were shot using Kodak TMX 100 but some were shot using Kodak TMY 400 (mostly for indoor use). I processed all of these in my darkroom.

This image was taken with my Mamiya 7II using my Mamiya N4/80L 80mm lens. The camera was set on manual mode but I don’t recall the settings. I used Kodak TMX 100 film for these images. I developed the film and made the prints in my darkroom.  Yes, a real darkroom for a change.  No more laundry closet. :)