Yesterday was my first full day in the Rockport area. Quite a bit happened so I apologize for the long post. I woke to the news that there was a “Dense Fog Advisory” for the area. In photography speak it means “no sunrise photo for you this morning…”. I went ahead and gathered all my gear and headed down about 5:45 to load up the Trike and get things ready for the trip to the Fulton Beach area, where they have some great piers. When I made it outside I saw that the Trike was completely covered with dew. It was so humid that the dew was condensing everywhere. Wiping it down only generated more dew. The same thing happened when I made it to the location. I had to clean my lens between shots. The final photo is going to be somewhat monochrome and “moody”. 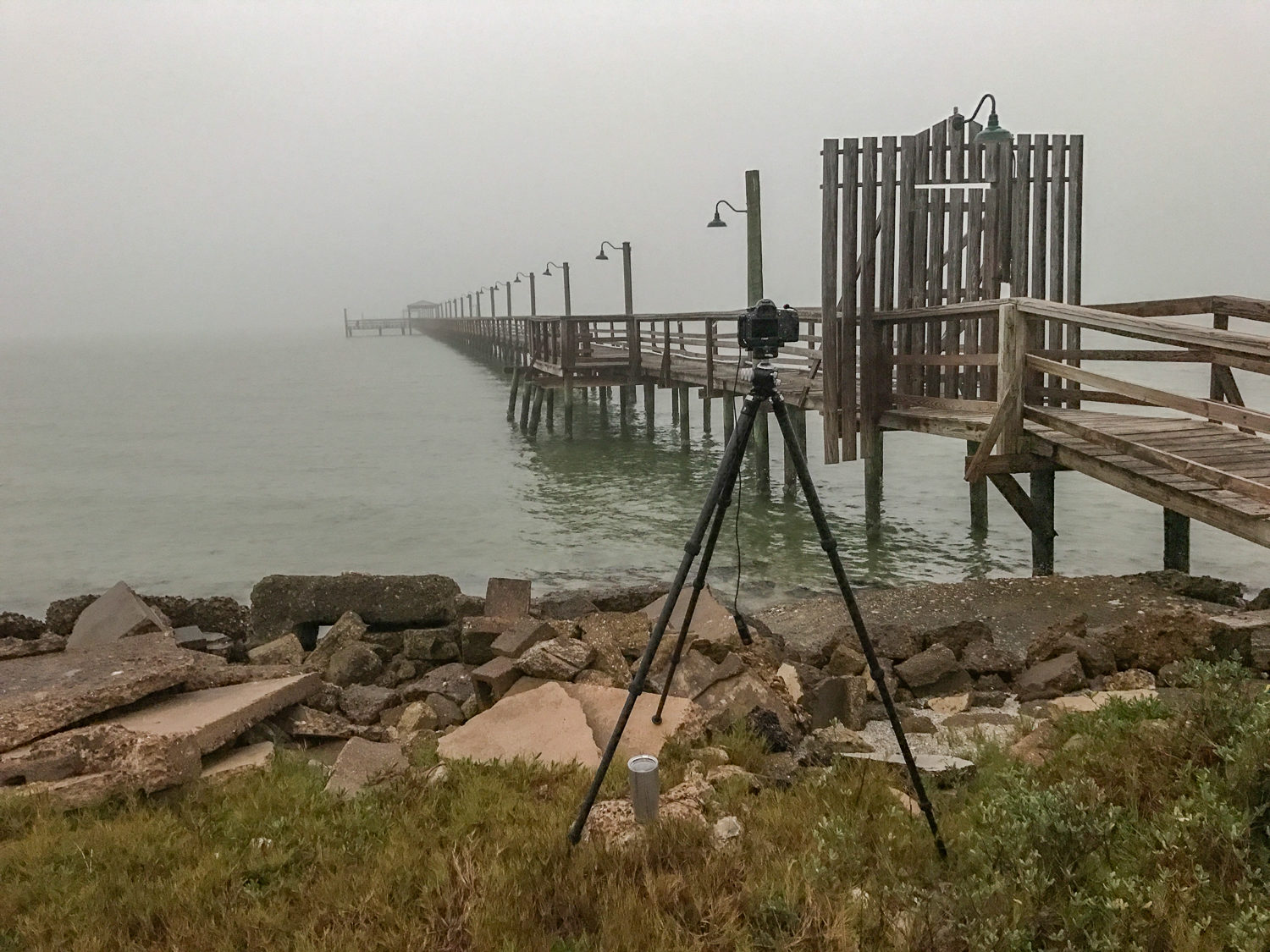 Once I was done with the Fulton Beach Pier, I made my way to the Aransas National Wildlife Refuge Visitor Center. The Visitor Center was still closed so I manually checked in, dropped the entry fee in the bucket and headed off to explore the Park. I did quite a bit of hiking and climbing, I saw lots of birds but most were too far away to photograph.

I saw a few very large oak trees during my hikes. One was labeled “Big Tree” and there was a special trail to get to it. There was another one that I thought was bigger than this one but it was not labeled “Big Tree”. I think there was some tree discrimination going on… 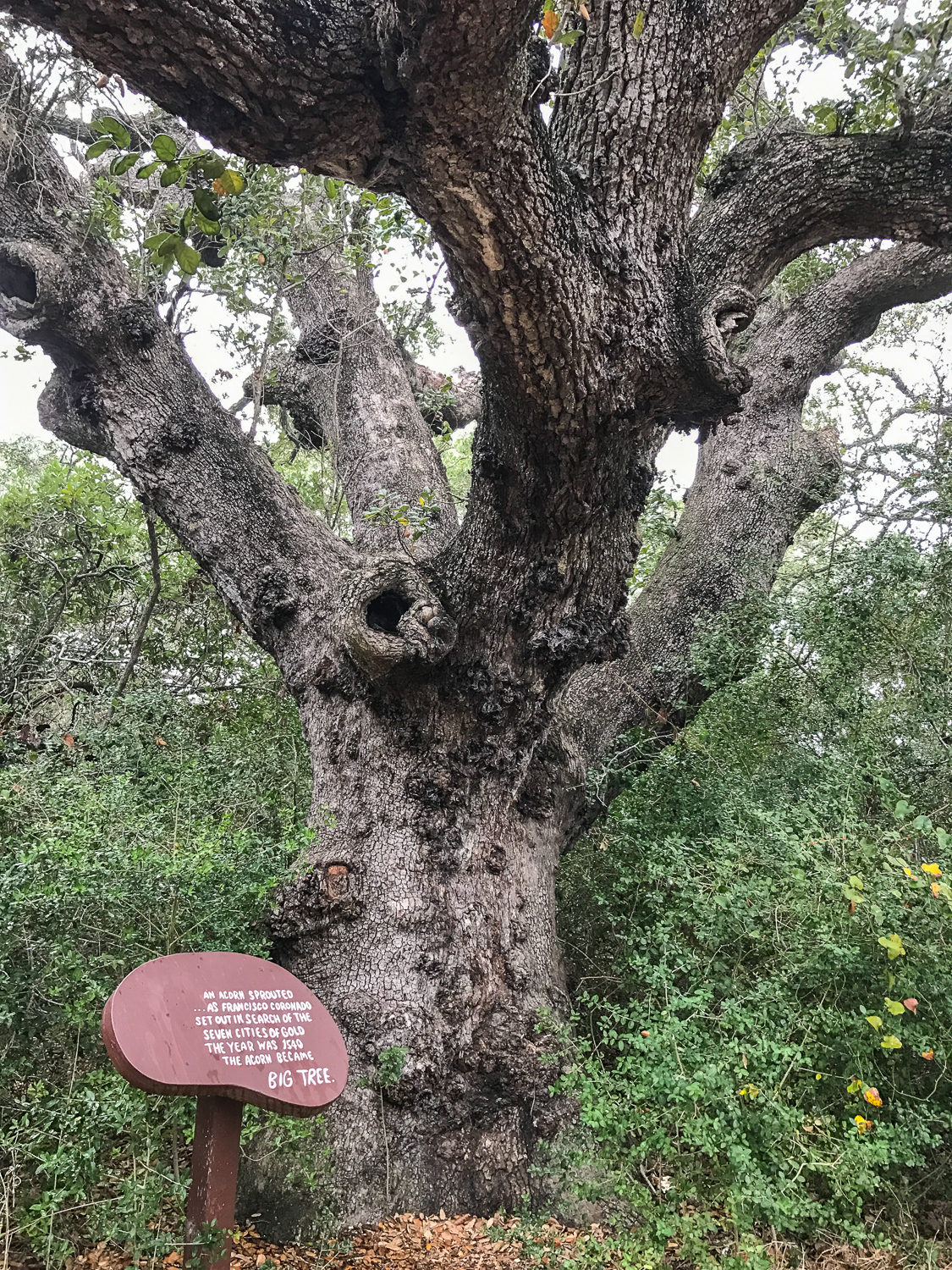 Big Tree at the ANWR

Then I saw the “Big Gator”, with no sign, of course. More discrimination. This one was quite large. I know it’s not evident in this photograph but trust me, it was huge!

Near the end of the day I tried to find a suitable location to photograph a sunset. So, I rode around and stumbled upon a boat named “Captain Cheng II”. It stood out as I rode by so I had to do a u-turn and come back to photograph it. I struck-up a conversation with the captain who was curious as to why I was photographing his boat. When I told him it was a great subject he was very pleased that I chose his boat… 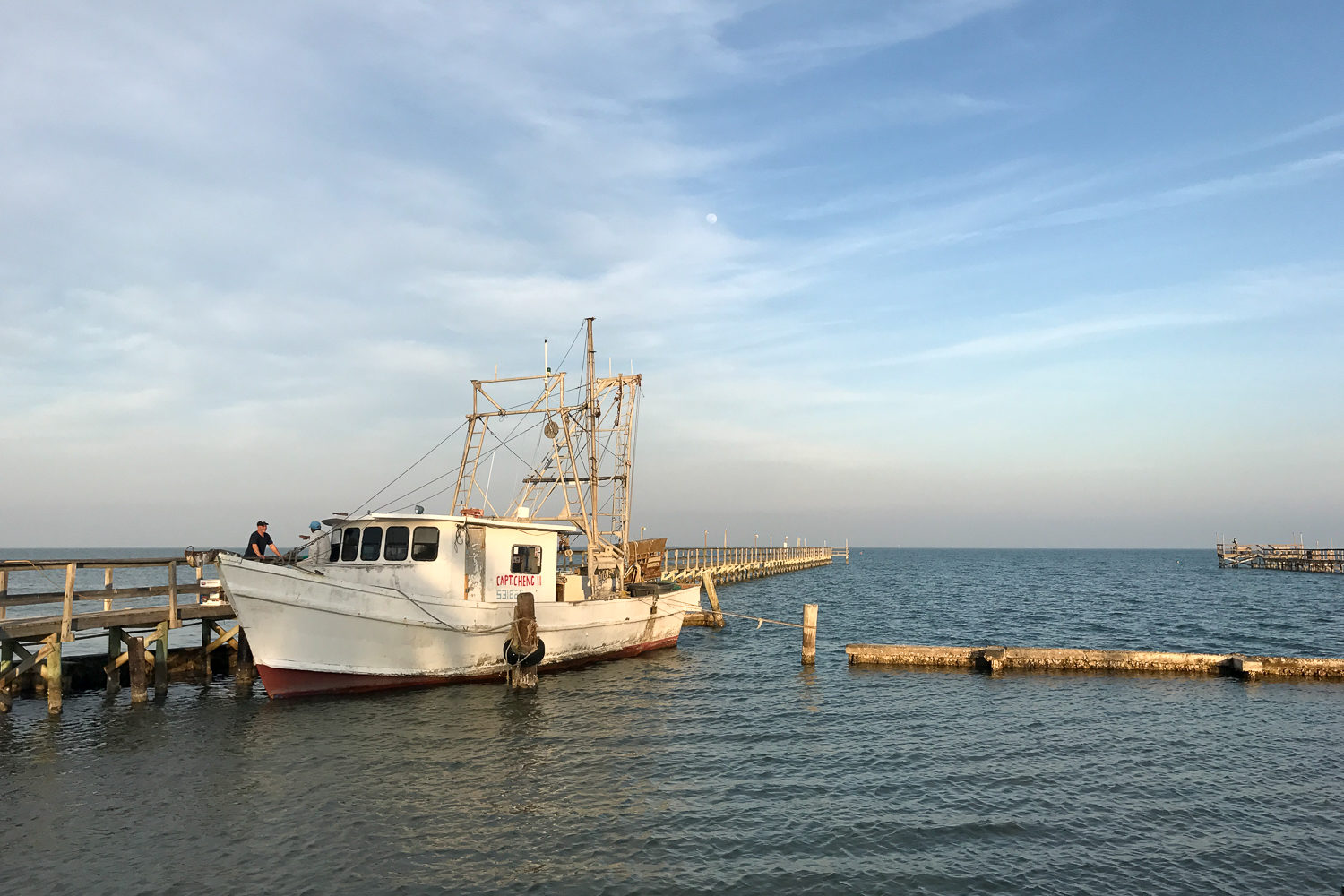 All of these images were taken with my iPhone 7 Plus using its back dual camera. The camera was set on Normal mode with the aperture set at f/1.8 or f/2.8, shutter speeds between 1/1600th of a second and 1/4th of a second and the ISO set between 20 and 80. These are single images processed in Lightroom.