I finally found some different instruments to photograph for my Austin Live Music portfolio. I found this trombone waiting to be played while out on a Photowalk last week. The band was not quite setup and the instruments were lying around so I took the opportunity to photograph some of them. The trombone was high on my list. I would rather have photographed the instrument being played but by the time we got back there the trombone player was not easy accessible. They actually had about 10 people in a tiny stage. I will return again soon to see if I have better luck.

The trombone is a musical instrument in the brass family. Nearly all trombones have a telescoping slide mechanism that varies the length of the instrument to change the pitch. Many modern trombone models also utilize a rotary valve as a means to lower pitch of the instrument. The word trombone derives from Italian tromba (trumpet) and -one (a suffix meaning “large”), so the name means “large trumpet”. There are many famous trombone players including John D. Smith, Tommy Dorsey and Glenn Miller. 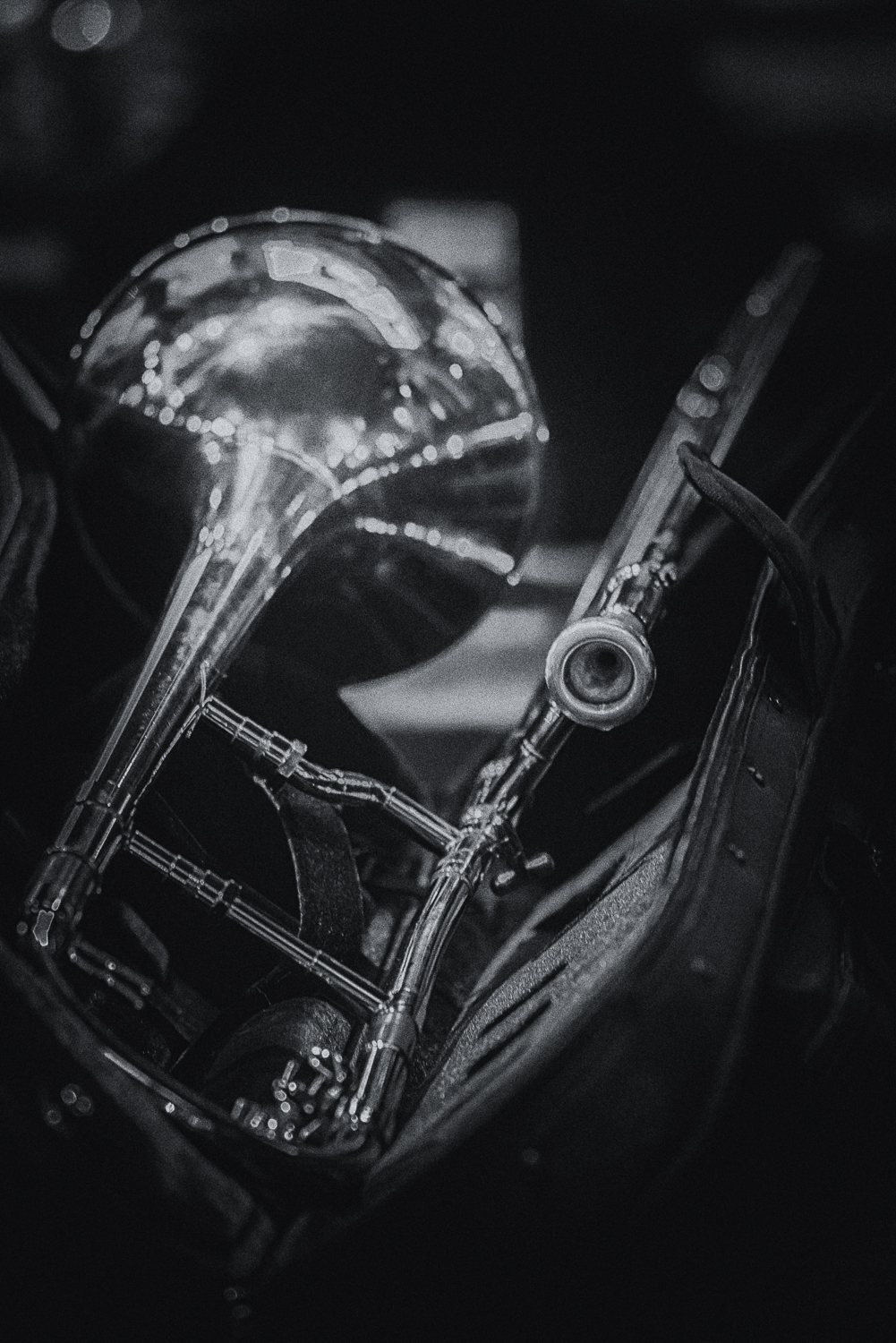 This image was taken with my Sony A7R II using my Sony 90mm f/2.8 Macro lens. The camera was set on Aperture priority mode with the aperture set at f/2.8, shutter speed at 1/15th of a second and the ISO set at 6400. I used Lightroom for the initial image processing and Nik Silver Efex for the black and white effect. I’ve created a preset in Nik Silver Efex so that all my Austin Live Music images come out the same.

You can access my Austin Live Music gallery by clicking here. Please use the section below to post your comments, questions or suggestions.