I have visited the Texas State Capitol a few times with the intent to photograph the inside of the Capitol dome while lying in the middle of the rotunda floor. This is the only way to obtain a perfectly centered image. I finally got that opportunity the other evening during a photowalk. I did not know this but the building is open until 10PM. If you want some awesome, people-less photos of the inside of the Capitol you must go at the end of the day. So, I thought I had the perfect shot until I got home and saw this guy peering down from a few floors up. So, I guess I need to go back and do it again… I could have “photoshopped” him out of the image but I thought that having him there would be more interesting and serve as a reminder to check my viewfinder before taking the image.

The Texas Capitol dome resembles the Nation’s Capitol in Washington. The Texas star in the center of the dome is actually eight feet in diameter and looms 266 feet above the Rotunda’s floor. The word “Texas” surrounds the star. If you clap your hands while standing in the middle of the Rotunda, you’ll experience the amazing echo the domed ceiling produces. 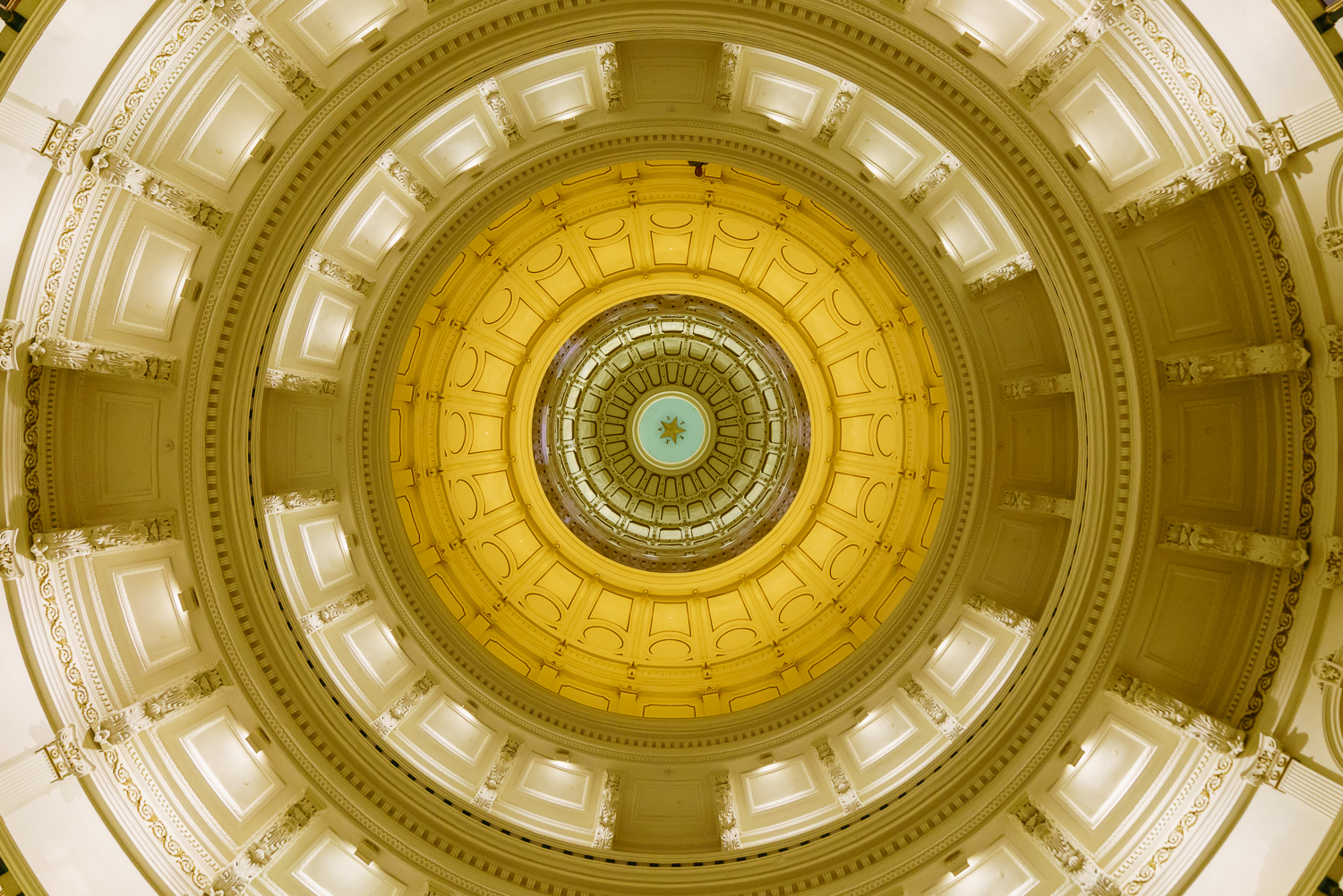 This image was taken with my Sony A7R II using my Rokinon 14mm f/2.8.  The camera was set on Aperture priority mode with the aperture set at f/2.8, shutter speed at 1/60th of a second and the ISO set at 1600. This was a hand-held image. No tripod was used. I used Lightroom to process this image.

This image is best when viewed large. Click on the image to enlarge it. Also, you can access the gallery for the Texas State Capitol clicking here. Please use the section below to post your comments, questions or suggestions.