I mentioned the other day that I went on a Photowalk of downtown Austin late one evening. I was able to capture a wide variety of images that evening but none more unique than Pele and his master the “Street Musician”. I actually encountered this homeless musician earlier in the evening and struck up a conversation. I asked him what his dog’s name was and he said “Pele”. I said, “Like the soccer player” and he said “No! Like the Volcano!”. He said this with a “how can you be so stupid” tone. I said “of course!” then walked away.  We then encountered him sitting on the ground outside a convenience store and I was able to capture this image.

In the Hawaiian religion, Pele is known as the goddess of fire, lightning, wind and volcanoes. She is the creator of the Hawaiian Islands. Often referred to as “Madame Pele” as a sign of respect, she is a well-known deity within Hawaiian mythology, and is notable for her contemporary presence and cultural influence as an enduring figure from ancient Hawaii. So, there is actually no volcano named Pele and you can’t actually see Pele but most believe she lives in the Halemaʻumaʻu crater in Kīlauea. So, if you’ve visited Kilauea then you’ve seen where she lives. 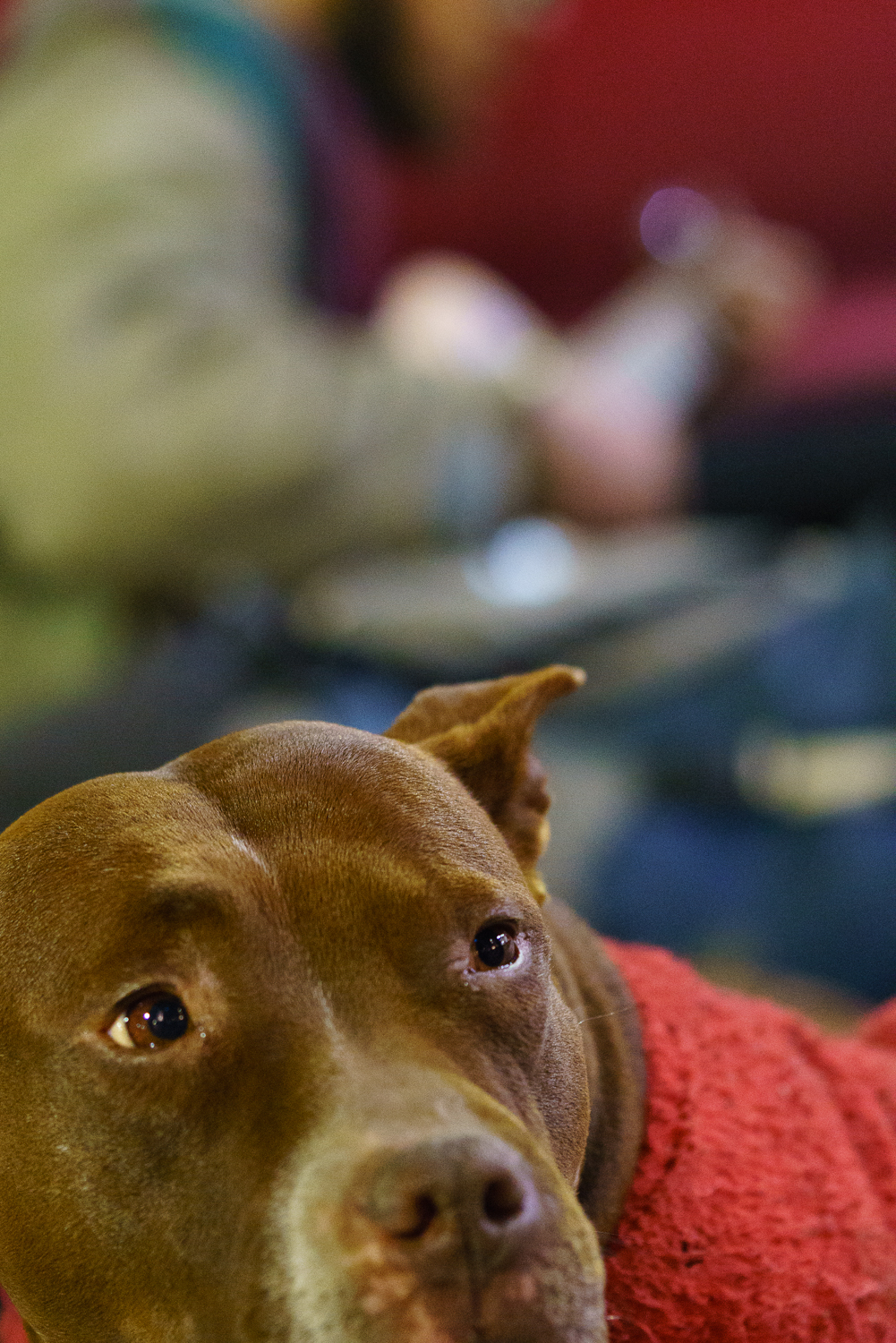 This image was taken with my Sony A7R II using my Sony 90mm f/2.8 Macro lens. The camera was set on Aperture priority mode with the aperture set at f/2.8, shutter speed at 1/40 and the ISO set at  6400. This was a hand-held image taken at night, thus the need for the higher than normal ISO setting. I used Lightroom to process this image.