I used the holidays (and the fact that I was “under the weather”) to go through my photography catalog and sort/delete/organize my photographs. In doing so, I ran across a few photographs that I had not posted yet. The photograph below is from a trip to Arches National Park in the spring of 2013. This photograph was taken from the La Sal Mountains Viewpoint.  It is the second overlook as you come into the park just off the main road (Arches Scenic Drive). From here you can look out over the Courthouse Towers, the Petrified Sand Dunes and on to La Sal Mountains.  You can also see the Three Gossips (center-left with the three “heads” on top).

Three Gossips is a mid-sized sandstone tower sitting atop a roundish pedestal within the Courthouse Towers “cluster” that also includes The Argon Tower, The Organ, Tower Of Babel, Sheep Rock, and The Lamb. The name no doubt comes from a slight resemblance of the formation to three heads “gossiping” to each other. This formation is a very popular rock climbing destination. I found a site with images showing what it’s like to climb up this formation. You can access that site by clicking here.

Another interesting point is that the pillar called “Sheep Rock”, just behind and to the right of Three Gossips, is thought by geologists to have been double-arch that collapsed many years ago. Also, the Indiana Jones and The Last Crusade movie was filmed in the park. 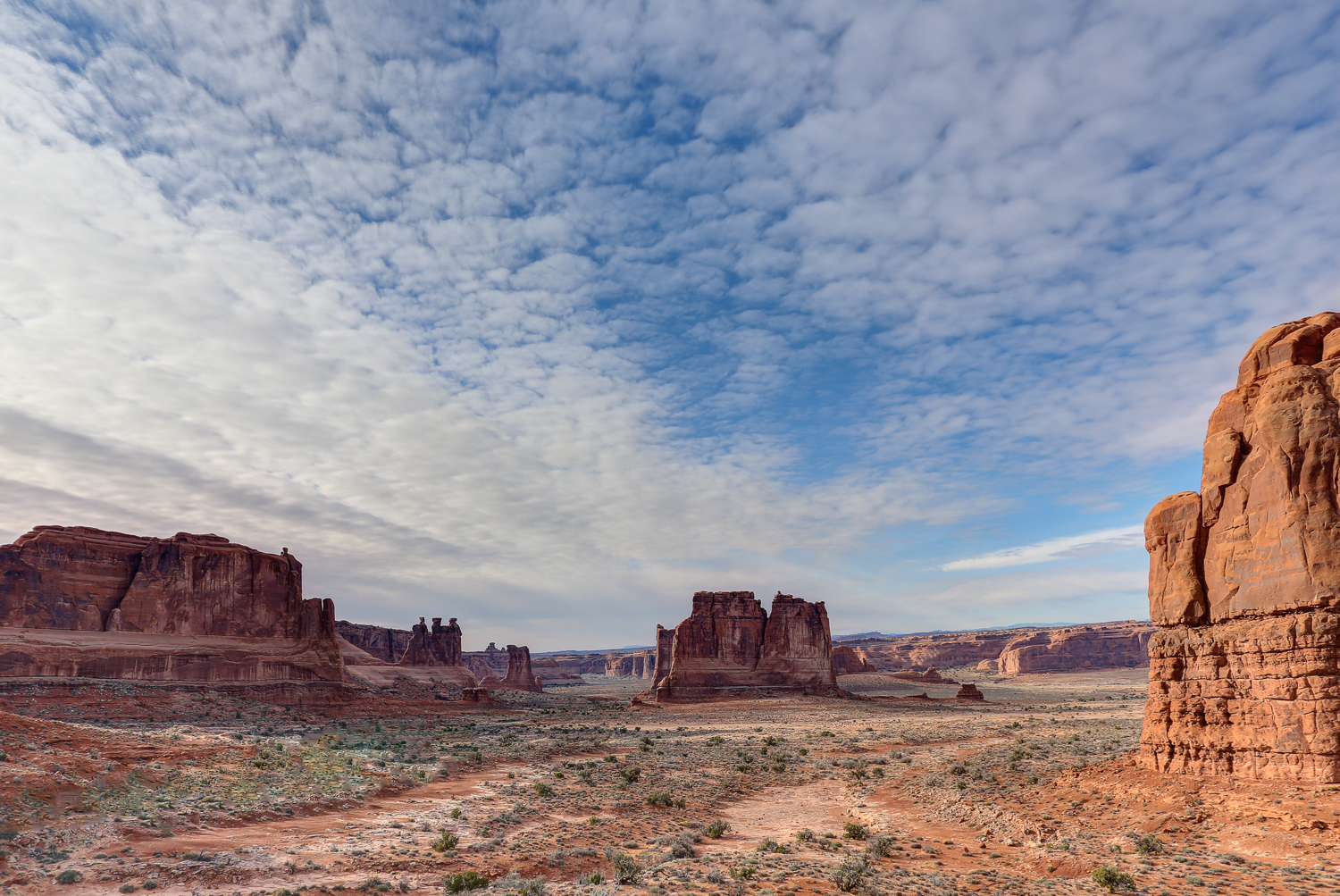 This image was taken with my Canon EOS 5D Mark III using my Canon EF 24-105mm f/4 Lens set on 24 mm. The camera was set on Aperture Priority mode with the aperture set at f/11, shutter speed at 1/250th of a second and the ISO set at 100. This was a single frame image processed in Lightroom.