I mentioned in previous posts that I visited Arches National Park in the spring of 2013. The park is a US National Park located in eastern Utah, on the Colorado River 4 miles north of the town of Moab. It is known for containing over 2,000 natural sandstone arches, including the world-famous Delicate Arch, in addition to a variety of unique geological resources and formations. Forty-three arches are known to have collapsed since 1977. The park receives 10 inches of rain a year on average.

I captured the image of a fallen dead tree below during that visit. As I was processing the image I struggled between leaving it with its natural colors or to turn it into a black and white image. I ended up choosing color because it was much more dynamic and the contrast between the desert blue sky and the red dirt was complimentary. 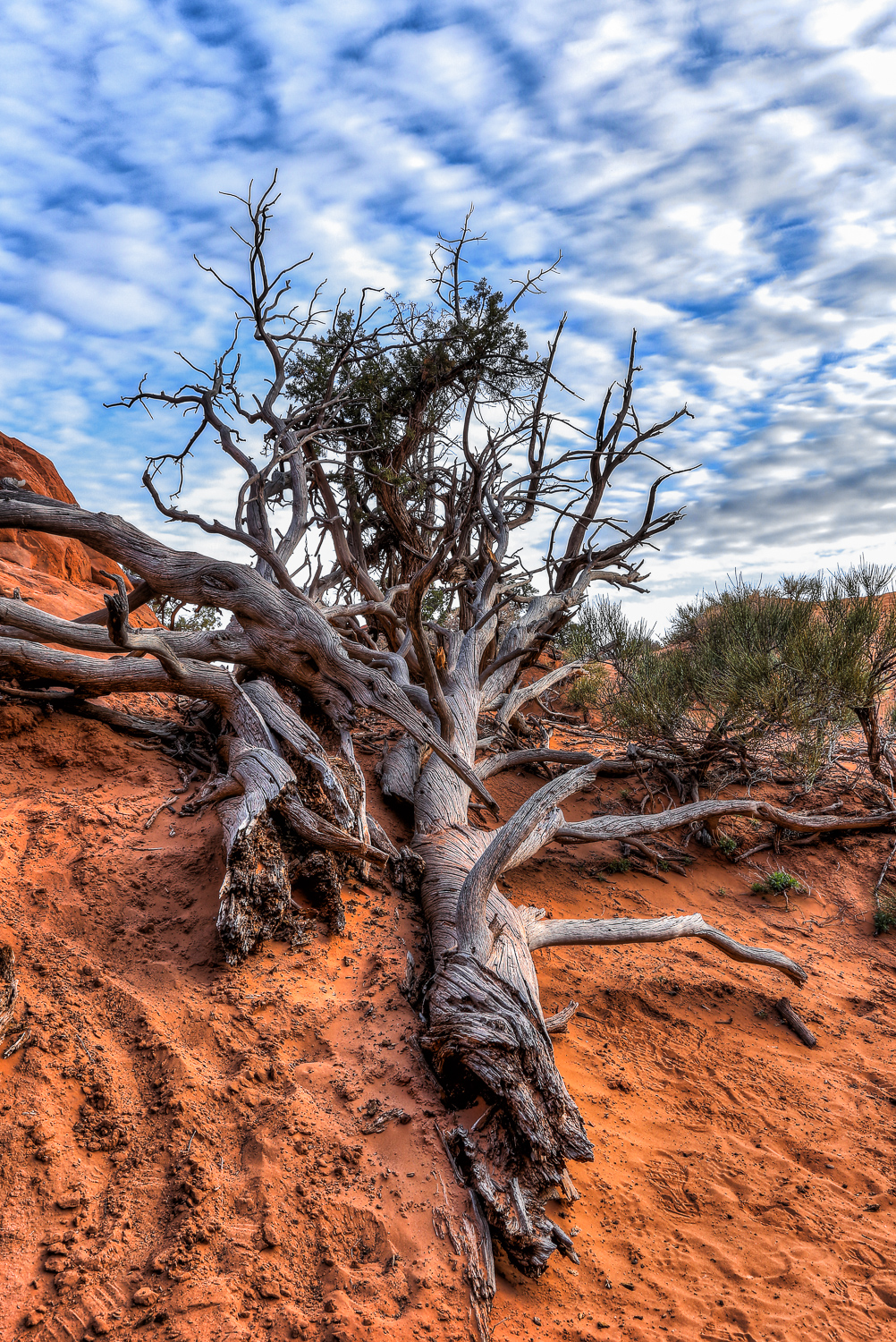 This image was taken with my Canon EOS 5D Mark III using my Canon EF 24-105mm f/4 Lens set on 28 mm. The camera was set on Aperture priority mode with the aperture set at f/16, shutter speed at 1/30th of a second and the ISO set at 200. This image was put together from five bracketed images (-2, -1, 0, +1, +2) using Photomatix. Final processing was done in Lightroom and Photoshop.