I planted a vine in the front flowerbed 9 years ago and each year the vine blooms with giant purple flowers. The flowers are about 4-5″ in diameter. I never took the time to research what I planted until this week when I was testing my Laowa 15mm Macro lens and captured the image below. As it turns out, this plant  is a Clematis, either a Clematis patens or Clematis lanuginosa.  Either way, the flower is amazing but not a Texas native plant.

Clematis is a genus of about 300 species within the buttercup family. The wild Clematis species native to China made their way into Japanese gardens by the 17th century. Japanese garden selections were the first exotic clematises to reach European gardens, in the 18th century, long before the Chinese species were identified in their native habitat at the end of the 19th century. Their garden hybrids have been popular among gardeners in America since 1862. Most species are known as clematis in English, while some are also known as traveller’s joy, old man’s beard (applied to several with prominent seed heads), leather flower (for those with fleshy petals), or vase vine (for the North American Clematis viorna). 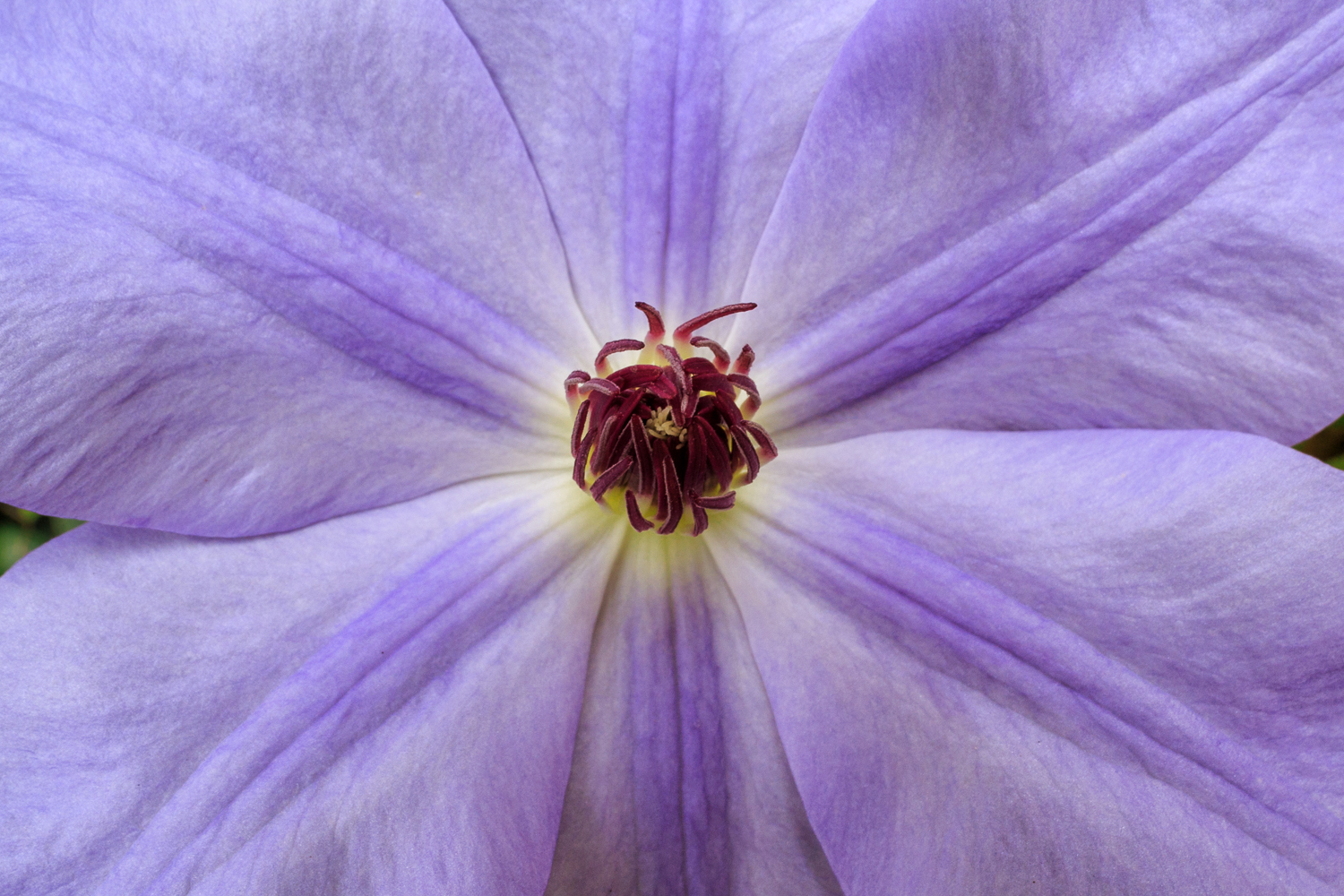 This image was taken with my Canon EOS 5D Mark III using my Laowa 15mm f/4 1:1 Macro lens. The camera was set on Aperture priority mode with the aperture set at f/22, shutter speed at 1/10th of a second and the ISO set at 100. The Laowa lens is a manual lens so focusing is manual and so is the aperture setting. Processing was done in Lightroom only.