This is the next image in my heat-induced high magnification, macro photography challenge. Have you ever wondered what the stinger of a bee, hornet, wasp or mud dauber looks like? Well, here is a 4.3x magnification of a Mud Dauber stinger. I found a nice specimens deceased in the kitchen window sill so he became my subject for this photograph. I captured this photograph using the same technique as I used to capture the Silver Dwarf Morning-glory bud that I posted yesterday. I increased the magnification from 3x to 4.3x in order to capture more detail.

This image is composed of 25 images brought together into one image using Photoshop. At this magnification it’s impossible to capture the entire subject with one photograph due to the shallow Depth of Field (DoF). The DoF for this lens at this magnification is about 0.15 mm. The subject depth is about 3.0 mm so it requires 25 images to capture the complete DoF. Each image captures a “slice” of focus. I used Photoshop to bring the 25 images together into one. 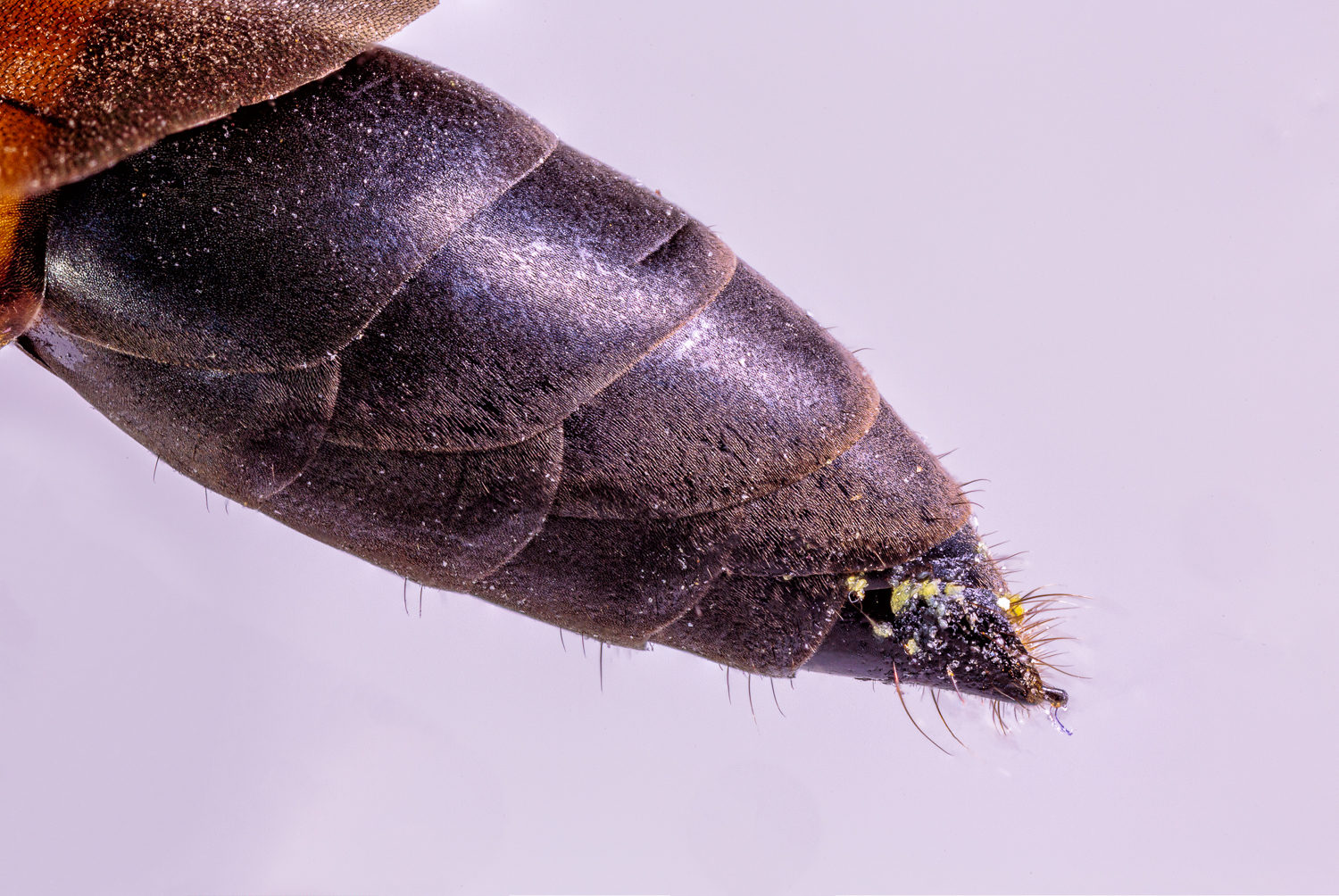 This image was taken with my Canon EOS 5D Mark III using my Canon MP-E 65mm f/2.8 1-5x Macro Lens set at 4.3x magnification. The camera was set on Manual mode with the aperture set at f/8, shutter speed at 1.6 seconds and the ISO set at 100. This image is composed of 25 focus stacked images captured in my light box using three LED lights. I used Photoshop to put together the image. I then finished the image in Lightroom and Nik Color Efex Pro. NOTE: This was a 4.3x magnification. I cropped the image to about 90% of its original size. The 8mm ruler below the image gives you a sense of scale.