I mentioned in a post last month titled “Homeless” that Austin is a homeless-friendly city. There is an area in downtown Austin called Waller Creek where many of the homeless gather. Waller Creek is subject to flooding during heavy storms. The City of Austin has funded improvements to Waller Creek in order to mitigate flooding and transform the area into an urban park. Many of the tunnels there are being widened and improved.

Earlier this year, I decided to shoot some photographs downtown for a photography assignment following lunch at a sandwich shop and prior to a sporting event. The Waller Creek tunnels were part of my list of subjects to shoot. I was especially interested in seeing the improvements made by the city. I was disappointed that little work had been done in the area. I ventured into one of the tunnels when I encountered a homeless lady in a wheelchair. Assuming she was hungry, it seemed appropriate to offer her half of a sandwich that I purchased for lunch. She accepted it graciously. 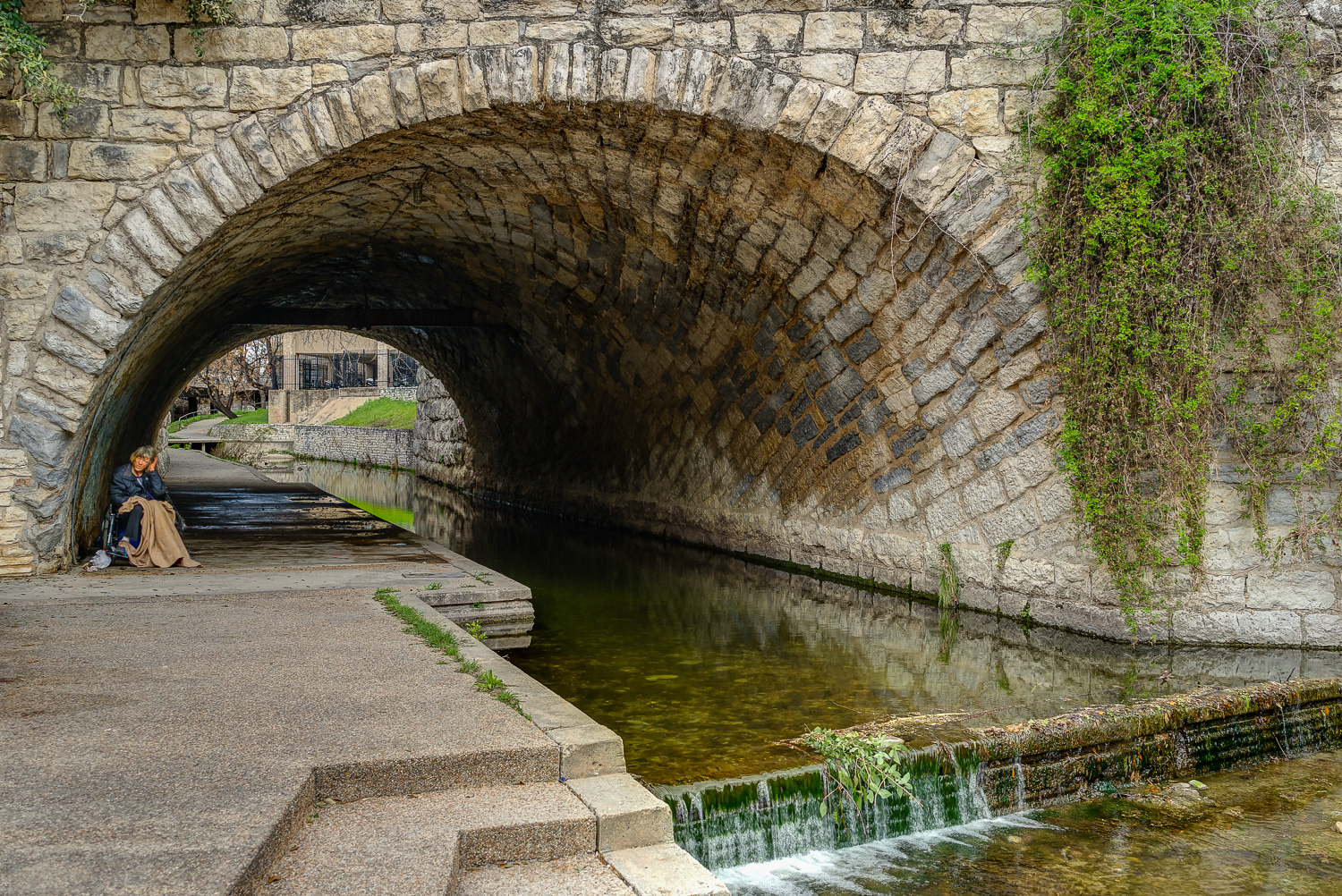 This image was taken with my Sony A7 II using my Sony FE 24-70mm f/4 Lens set on 32 mm. The camera was set on Aperture priority mode with the aperture set at f/4.5, shutter speed at 1/250 with the ISO set at 100. I shot three bracketed images (-1, 0, +1) and brought them together in Photomatix using the HDR technique. Final processing was done in Photoshop. Disappointingly enough, there was a lot of garbage in the creek so I had to use tools in Photoshop to remove it.