I posted an image titled “Fire in the Sky” last month that was taken at the Denver City Park during a visit to the area. The image below was taken about 20 minutes before the clouds turned the color of fire. This image was taken a few feet to the left of that image. I wanted to capture some of the foliage along with the water, background and sky.

Starburst effects are not hard to create. I decided that I wanted to have that effect on this photo, primarily because the clouds had not turned orange yet and a starburst would give me an interesting subject. This effect, however, is not limited to the Sun.  Any light source has potential  for creating a starburst effect.  Street lamps, headlights or any bright light source is a candidate.  It’s especially useful at night. In photography, a smaller aperture (f/11-f/32) will exaggerate the rays of light compared to a wider aperture (f/1.8-f/8).  When the aperture becomes smaller (bigger numbers), the blades within the lens create stronger angles which produce this effect when the light hits the sensor (or film). When you shoot with wider apertures (smaller numbers) the opening becomes more round which gives you a softer light source. So, the next time you are out shooting with bright objects in the image, think about a starburst effect. Set your camera on Aperture Priority mode and set the aperture value between f/16 and f/22. You should get this effect almost every time. 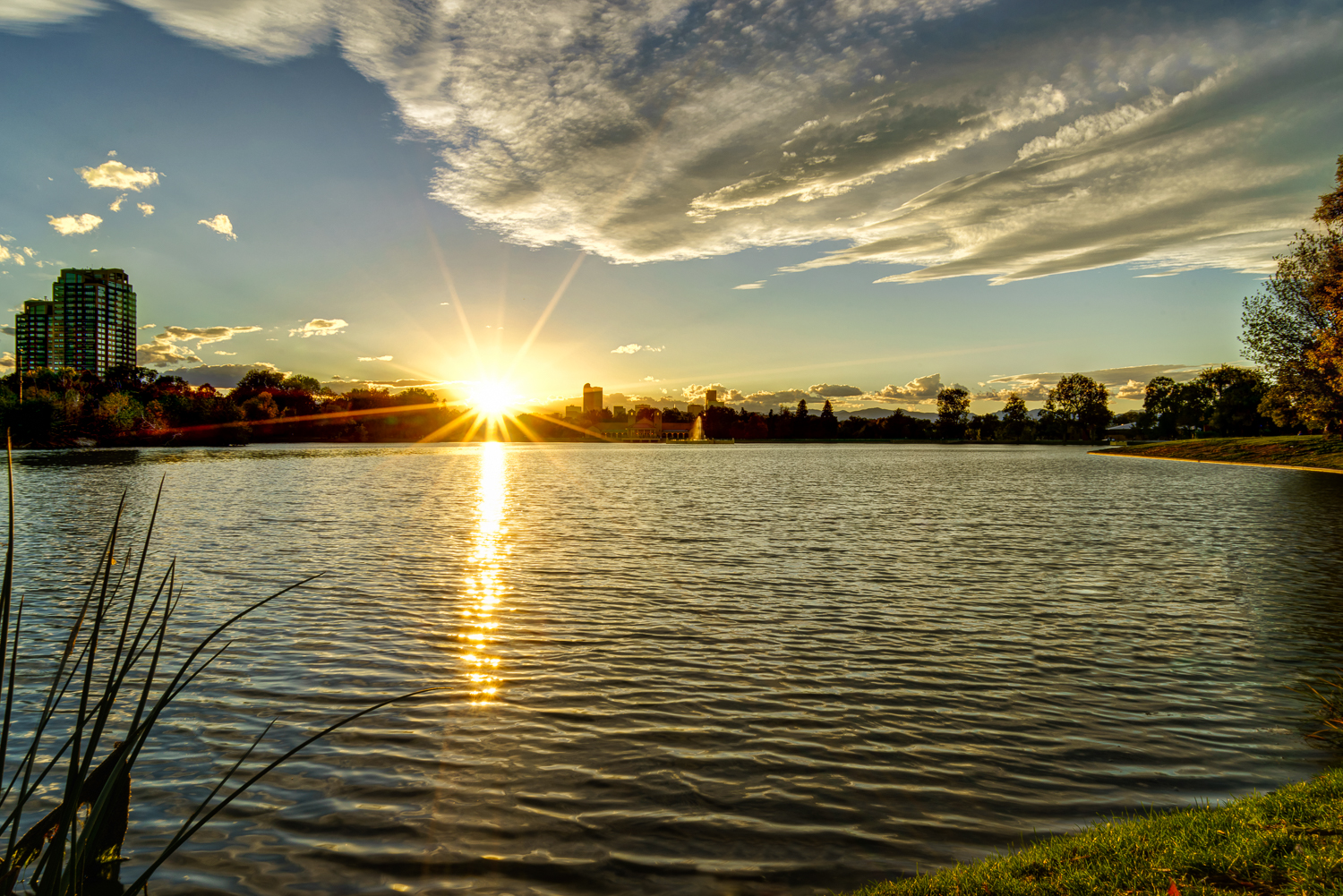 This image was taken with my Sony A7R using my Sony 24-70mm f/4 lens set on 24 mm. The camera was set on Aperture Priority mode with the aperture set at f/22, shutter speed at 1/20th of a second and the ISO set at 100. This image was created using three bracketed images (-2, 0, +2) and processed in Photomatix and Photoshop.