I was attracted to this house during a walk through downtown to capture images for a photography assignment. As many of you probably figured out by now, I am attracted to symmetry and architecture. This house had both. So, how could I pass up this wonderful opportunity.  I did not know at the time but there is a bit of interesting history behind this house.

In 1971, a limestone building at the corner of 11th and Red River in Austin, TX, painted “ugly green” and known as “The Eleventh Door,” was condemned by Austin Urban Renewal. The Austin Symphony needed a home and decided to restore the building and house their administration offices there. The property was turned into a “square” and is host to a series of houses and a 350-seat stone amphitheater.  At the center of the Square is the Michael Doyle House, built after the Civil War and named after its first owner. It appears on an 1872 map of Austin. And now we all know the story… 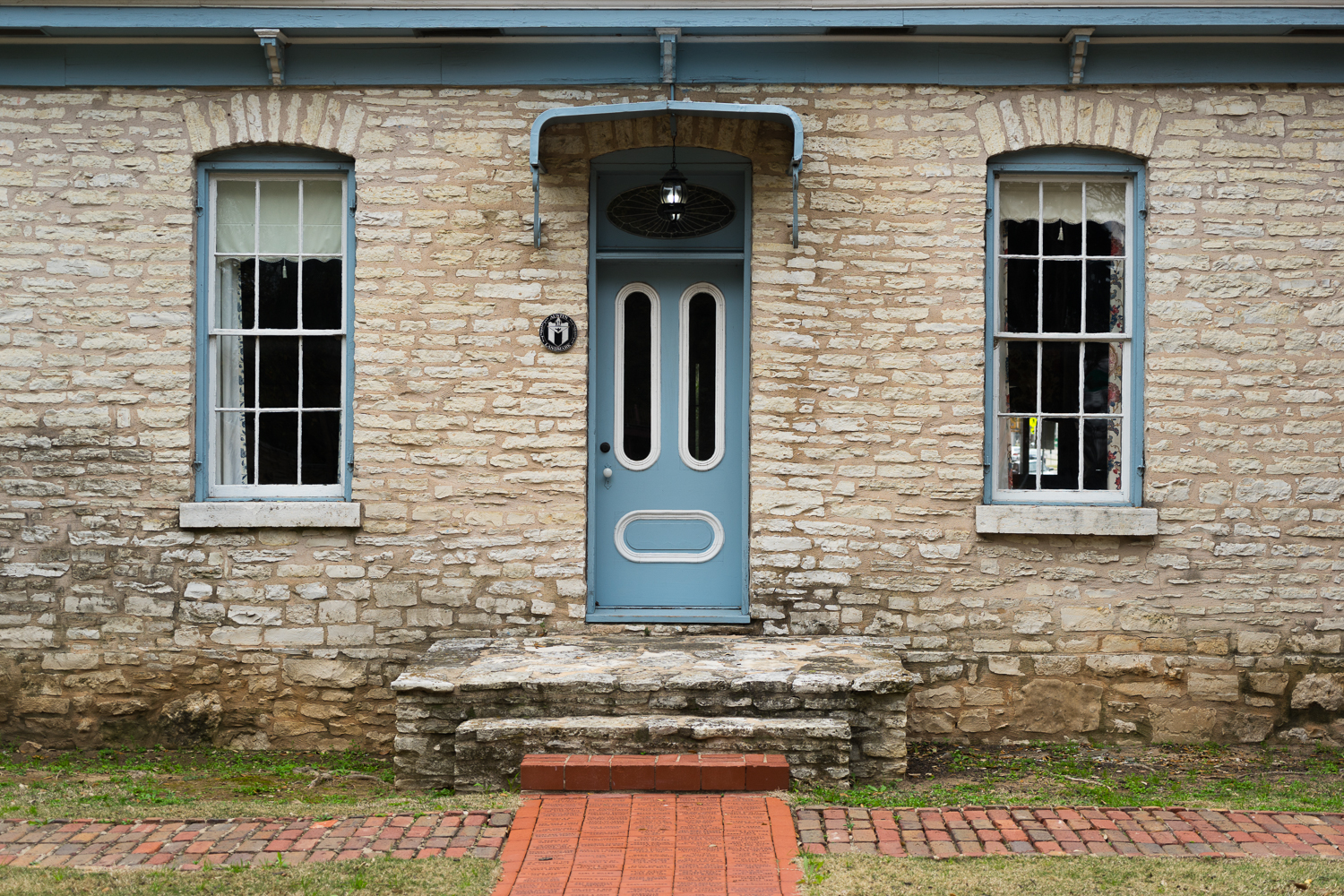 The Orsay-Doyle House in Austin