I mentioned in previous posts that I was part of a photowalk in downtown Austin in the spring of 2012. One of our first stops was at the Long Center for the Performing Arts. I’ve had the opportunity to attend various events at the Long Center but my favorite part of the facility is its architecture.  So, we decided to go explore the photography opportunities.  Upon arrival, we gravitated to a colored light platform located in the front of the building and noticed a homeless man putting on a show and dancing on top of the light structure. The lights are constantly changing in a random pattern and he seemed to have figured it out and was enjoying himself.  Then he paused and took a long took at downtown Austin. That’s when I was able to capture this image.

Like many large cities in the US, Austin is a very homeless-friendly city. The estimated homeless population in Austin is about 2,500 with about 1,000 of those being chronically homeless.  There are a multitude of homeless shelters and facilities designed to feed and house the homeless. Many have turned to panhandling as a way to earn a living. 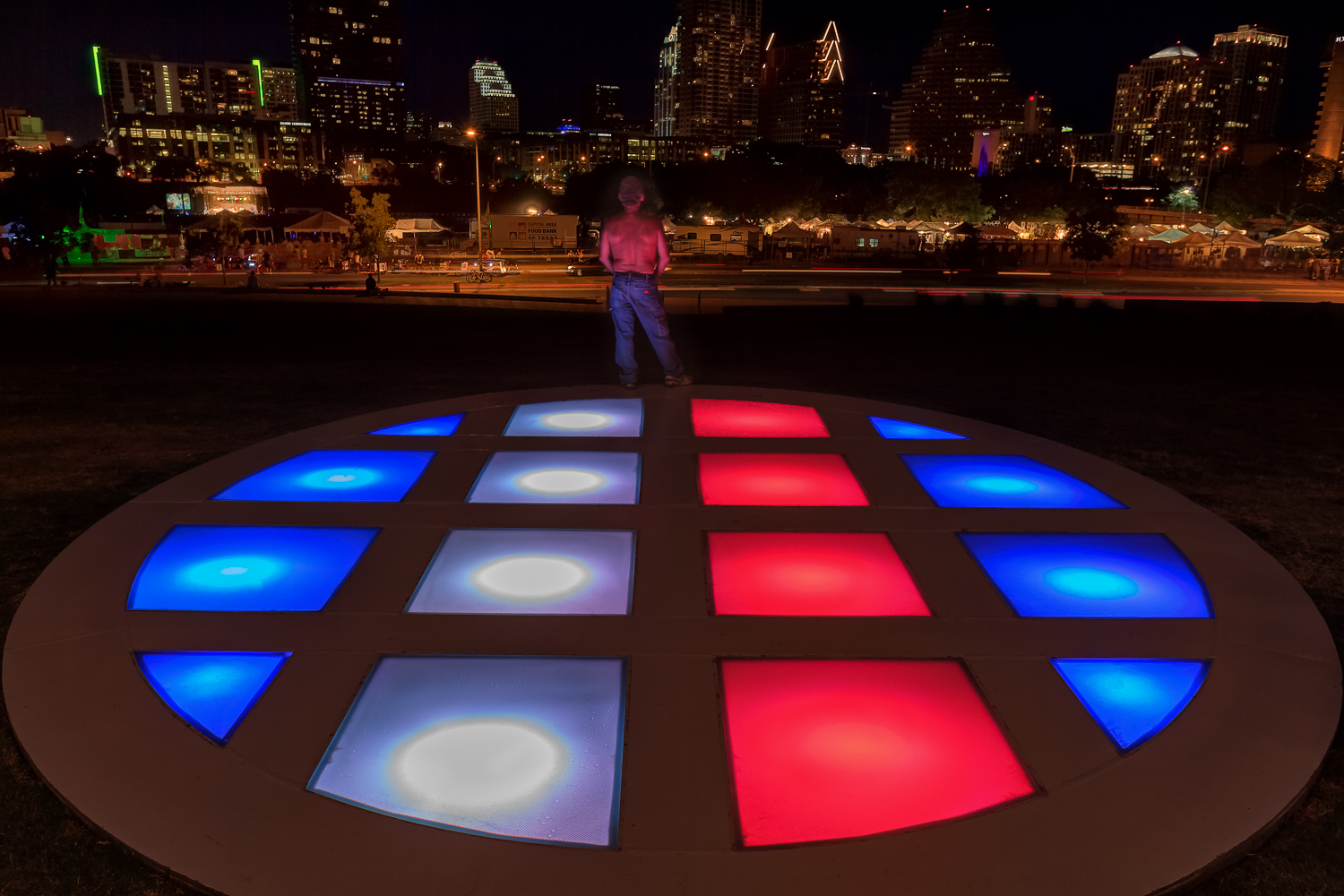 This image was taken with my Canon EOS 5D Mark II using my EF16-35mm f/2.8 Lens  set on 26 mm. I wished I had shot this a bit wider to capture more of the downtown skyline.  The camera was set on Aperture Priority mode with the aperture set at f/6.3, shutter speed at 0.8 seconds and the ISO set at 100. I took a series of three bracketed photos (-2, 0, +2) and processed them using Photomatix.  I then finished processing in Photoshop.