I posted quite a few images from the downtown Austin photowalk I conducted with some co-workers in the spring of 2012. This image was taken on the south bank of “Town Lake” (which is really a river) near the statue of one of our famous musicians. Stevie Ray Vaughn, born 61 years ago today, was considered one of the most influential electric guitarists in the history of blues music and played an important role in the revival of blues in the 1980’s. He became an Austin resident after dropping out of high school and began his music career playing gigs at the various music venues throughout the city. He died a tragic death in a helicopter accident at the age of 35. 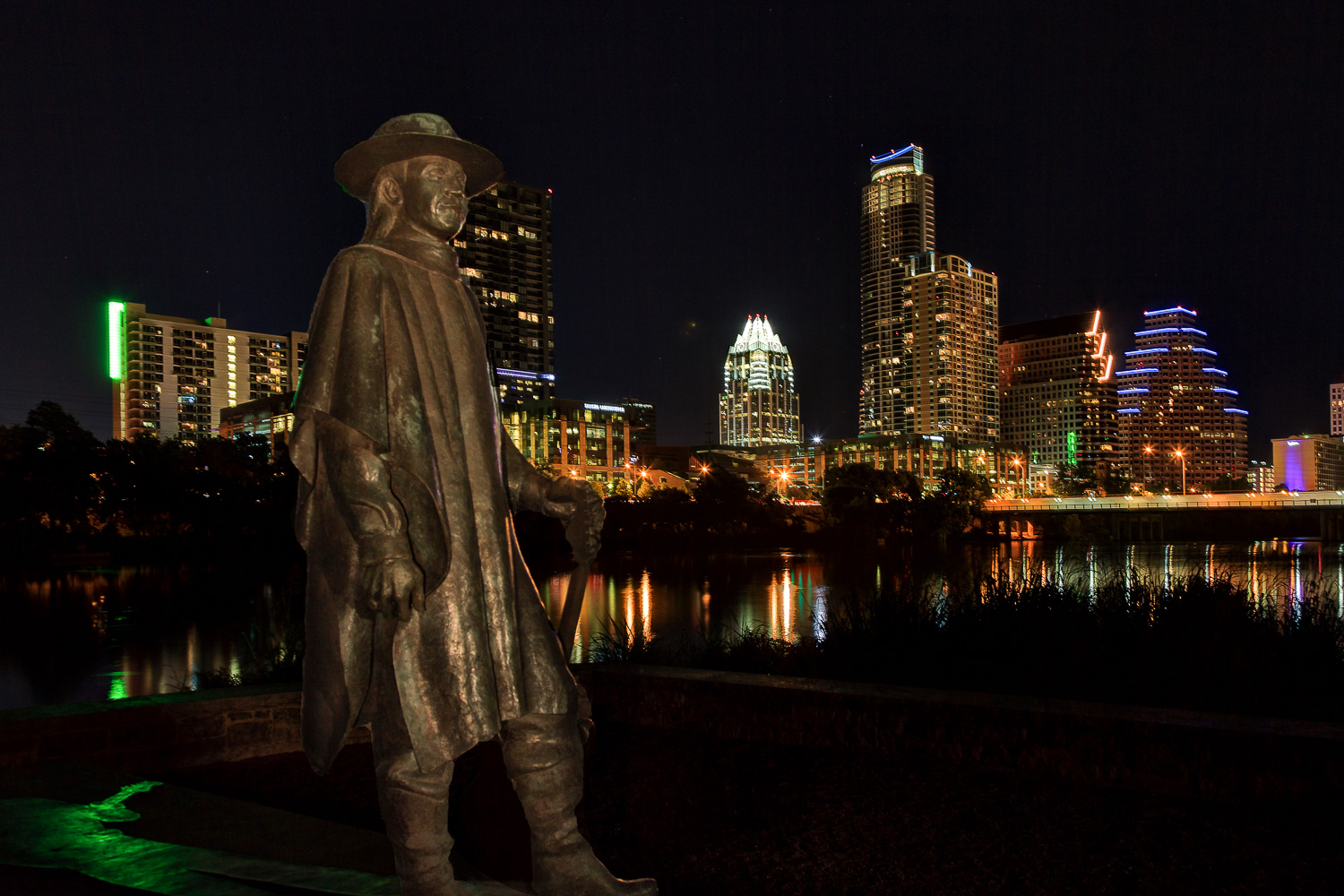 This image was taken with my Canon EOS 5D Mark II using my Canon EF24-105mm f/4 Lens set on 24 mm. The camera was set on Aperture Priority mode with the aperture set at f/6.3, shutter speed at 1.3 seconds and the ISO set at 100. I took a total of 3 bracketed images (-2, 0, +2) in order to combine them into one HDR image.  I also did some light painting with a small flashlight on one of the shots to showcase the sculpture. I used Photomatix to create the HDR image then used Photoshop to finalize the processing.