I posted a Honey Bee and Sunflower Goldeneye Tryptich the other day comprised of images of flowers that are growing around the property and bees harvesting the nectar. I strolled by again the other day to check out the same area, and although the storm damaged the plants, the bees are as busy as ever.  So, I grabbed my macro gear and added a flash this time to see if I could capture sharper images.  Below is an image of one of the Sunflowers and a Western Honey Bee (Apis mellifera). The bees were not at all fearful of my presence and I was able to get some very closeup shots of them. You can see the reflection of my flash in its eyes and legs.

The Western Honey Bee (also known as European Honey Bee) is  native to Europe, Asia and Africa. It was introduced to North America in the early 1600’s. Bees produce honey by collecting nectar, a clear liquid consisting of nearly 80 percent water and complex sugars. The collecting bees store the nectar in a second stomach and return to the hive, where worker bees remove the nectar. The worker bees digest the raw nectar for about 30 minutes, using enzymes to break down the complex sugars into simpler ones. Raw honey is then spread in empty honeycomb cells to dry, reducing its water content to less than 20 percent. When nectar is being processed, honey bees create a draft through the hive by fanning with their wings. When the honey has dried, the honeycomb cells are sealed (capped) with wax to preserve it. What an amazing and efficient process! 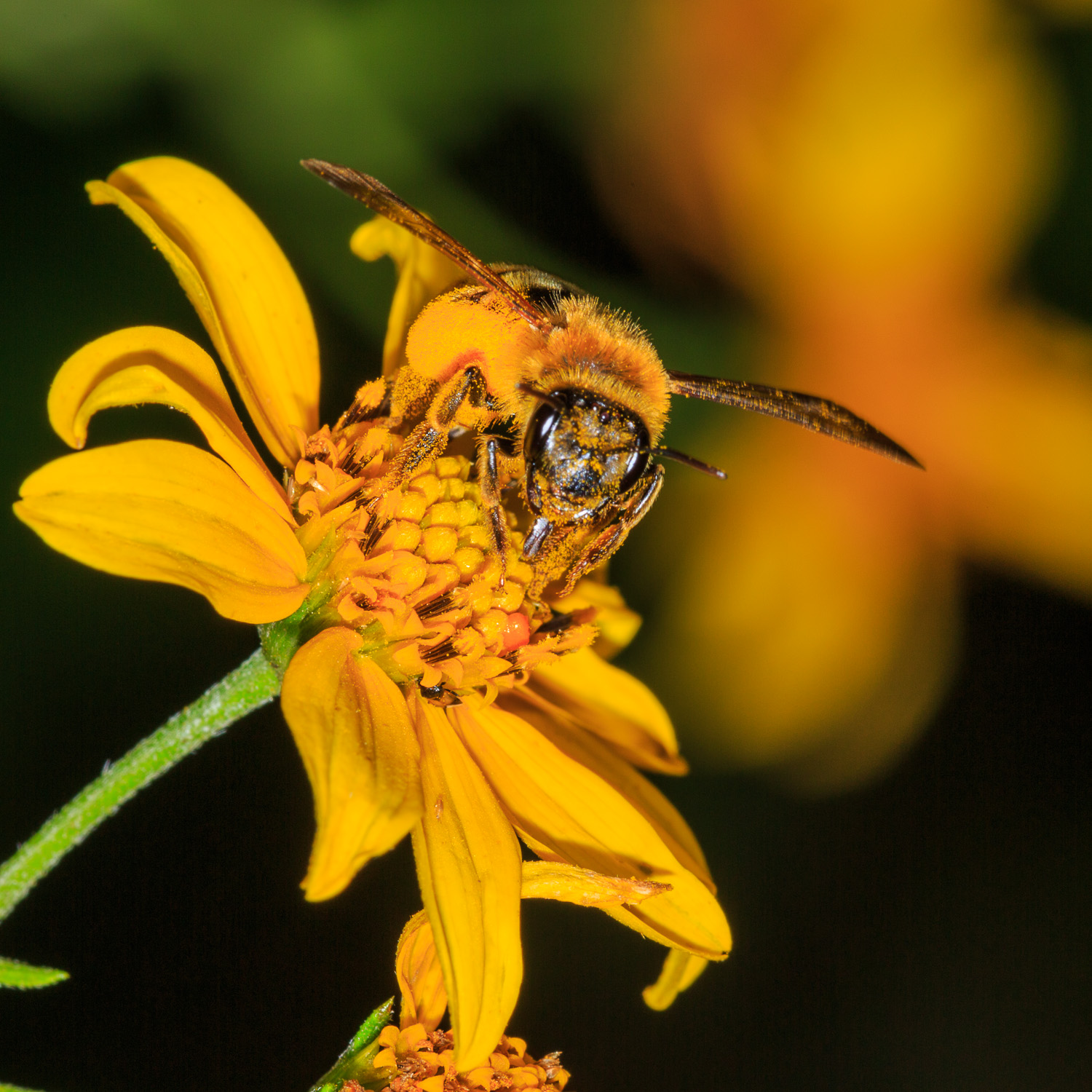 This image was taken with my Canon EOS 5D Mark III using my Canon EF180mm f/3.5L Macro Lens. The camera was set on Manual mode with the aperture set at f/16, shutter speed at 1/160th of a second and the ISO set at 100. I used my Canon MT-24 Twin Flash to light the subject and a tripod to hold my rig steady. All processing was done in Lightroom.