I was out mowing the lawn and trimming the bushes where I often notice a large amount of Texas Spiny Lizards. So, after I was done, I setup my camera out in the driveway with my Sigma 150-600mm lens and tried to capture some of these very nice lizards.  Sure enough, I got a subject within a few seconds of setting up.  It was as though he was posing for me. He majestically laid on a limestone border and struck at least a dozen poses.  This one was one of my favorites. I could not get too close to him or he would go hide so this image is actually cropped down to about 20%.

The Texas spiny lizard (Sceloporus olivaceus) is native to the south central United States and northeastern Mexico. They are 7-11 inches in length, and are typically grey in color with black, white, or red-brown markings down the back. Their scales have a distinctly spiny texture to them. They have long toes, and sharp claws suited to climbing. Their preferred habitat is mesquite trees, over areas with a significant amount of ground leaf litter, but they are often found in suburban areas basking on fences or climbing telephone poles. The male lizard also has a peculiar habit when challenged by another male for its territory. The two males will have a push up contest, or so it seems. Both males will begin doing push ups until one of them gives up and runs away. I think the one I photographed is a female. 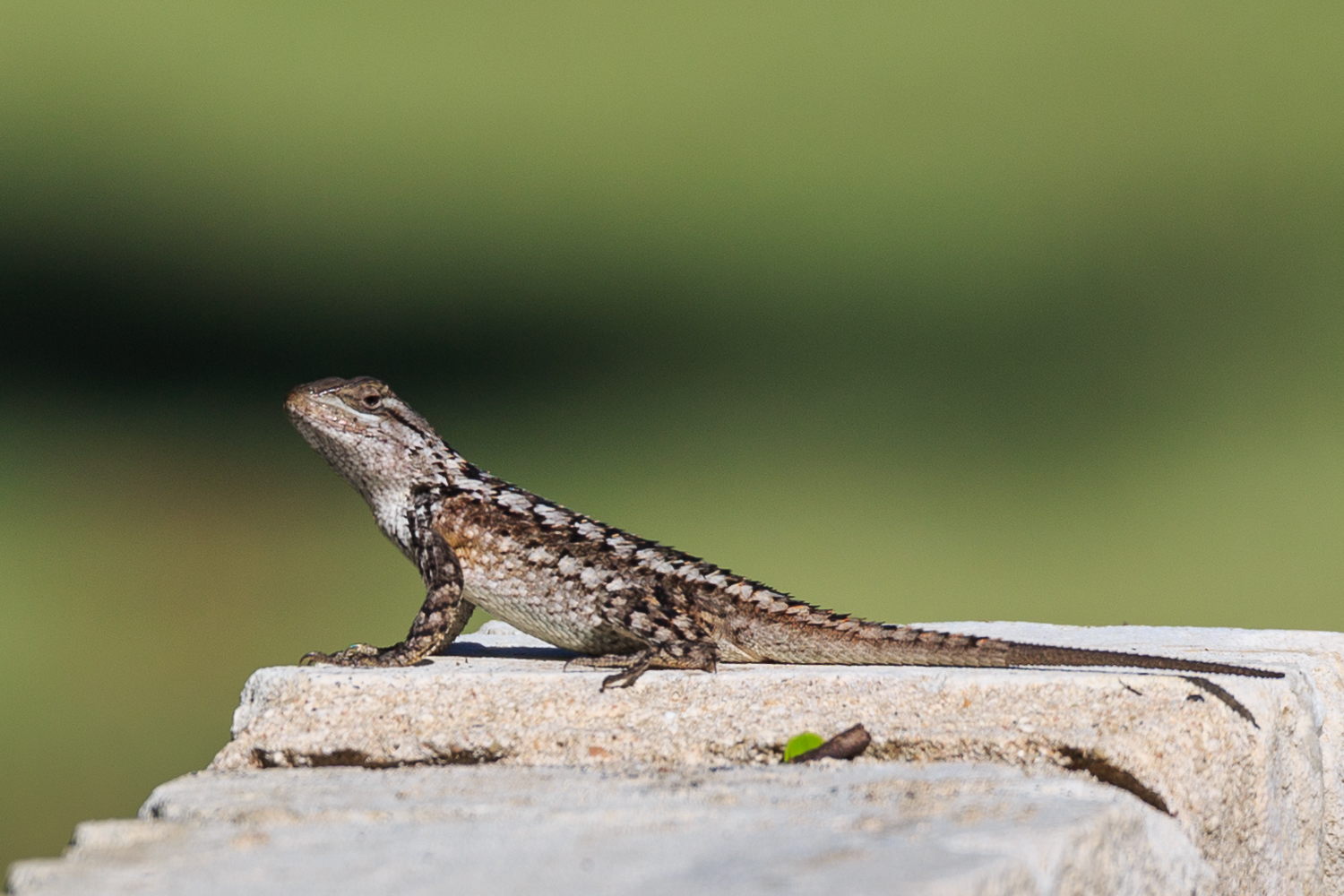