I have been wanting to photograph landmarks in the Terlingua Ghost Town, located in the Big Bend area, but I don’t like photographing at night where there is a lot of light pollution. That said, I decided that I would photograph parts of the city during my recent trip to the Big Bend area in order to work on my night photography techniques. At the top of my list was the Perry Schoolhouse. Skies were clear and the light pollution conditions were acceptable. Unfortunately, the schoolhouse has deteriorated significantly. Soon it will completely collapse. I’m glad I took the time to photograph it while it’s still standing.

Built by the Chisos Mining Company in 1930, and named after Howard E. Perry, the Perry Schoolhouse enrolled 141 students in its first year. The four-room stucco building served the Terlingua, TX community for many decades until the school was closed and the students began attending regional schools. Perry operated the Chisos Mining Co. until 1942, when the company declared insolvency and was purchased by the Esperado Mining Co. Perry was a fixture in the Terlingua area and Terlingua became the “Land of Perry”, where he controlled all aspects of life. 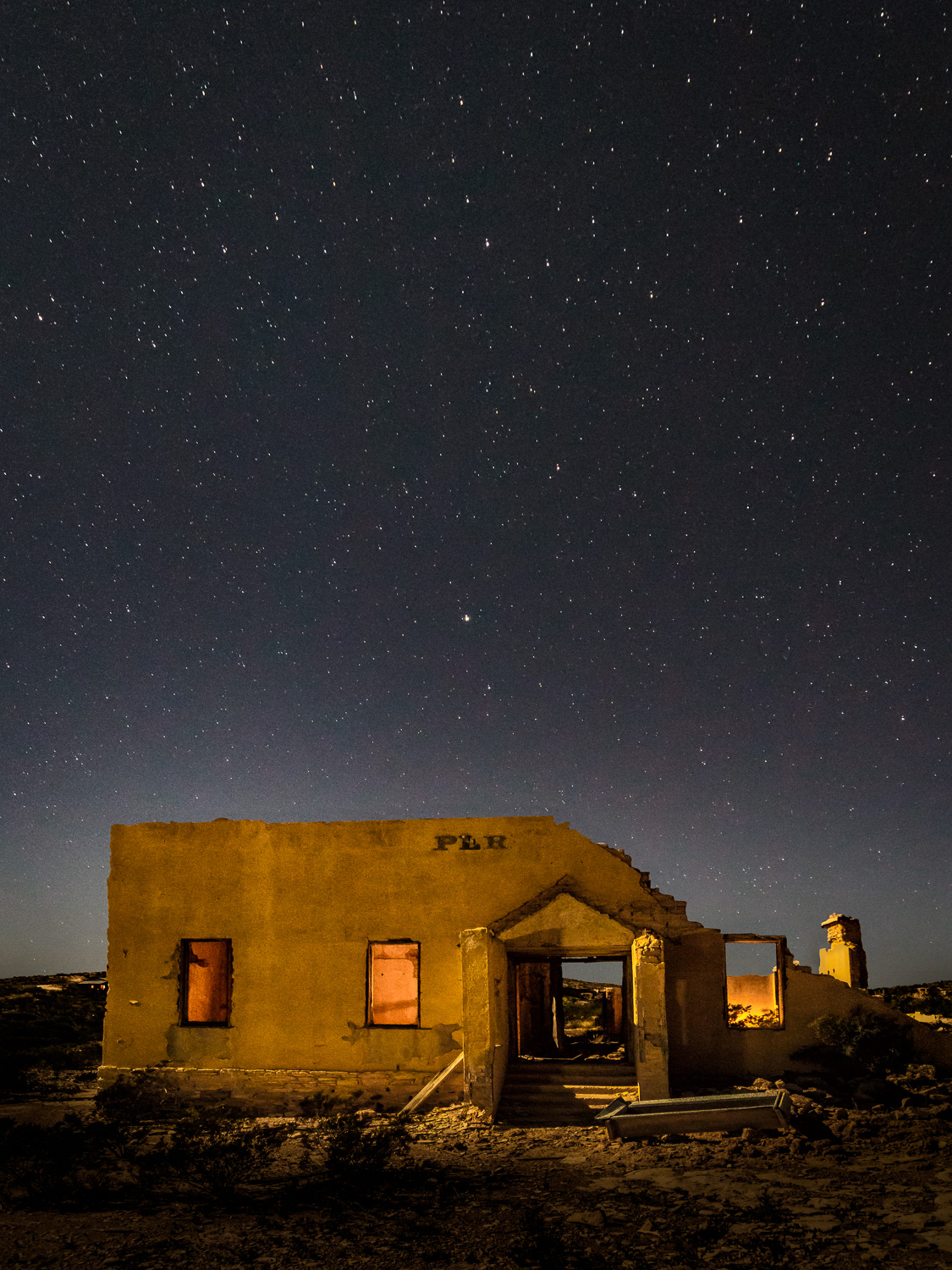 This image was taken with my Canon EOS 5DS using my Canon EF 16-35mm f/4 Lens set on 16mm. The camera was set on Manual mode with the aperture set at f/5, shutter speed at 20 seconds and the ISO set at 5000. I used a tripod for stability. This is a single image processed in Lightroom and completed in Photoshop using Nik Color Efex Pro.

You can see my gallery for the Big Bend area by clicking here. Please use the section below to post your comments, questions or suggestions.