Agaves and the Chisos Mountains

I’ve had an image of photographing blooming agaves and the chisos mountains for some time. I came to Big Bend National Park in the middle of the summer to specifically take advantage of cloudy days and blooming agaves. I was a little bit late for the blooming agaves and the clouds were few and far in between. That said, I was able to capture this image during my first evening in the park. Maybe next year I will plan my trip in July instead of August.

Agave Americana (aka, Sentry plant, Century plant, Maguey or American Aloe) frequent the Big Bend National Park landscape. Although it is called the century plant, it typically lives only 10 to 30 years.  Near the end of its life, the plant sends up a tall, branched stalk, laden with yellow blossoms, that may reach a total height up to 30 ft tall. The stalk on the left has already reached its end of life and is all but dead. The one on the right has already bloomed but has its seed pods still attached. I only saw one plant blooming during my stay and it was at a higher altitude. 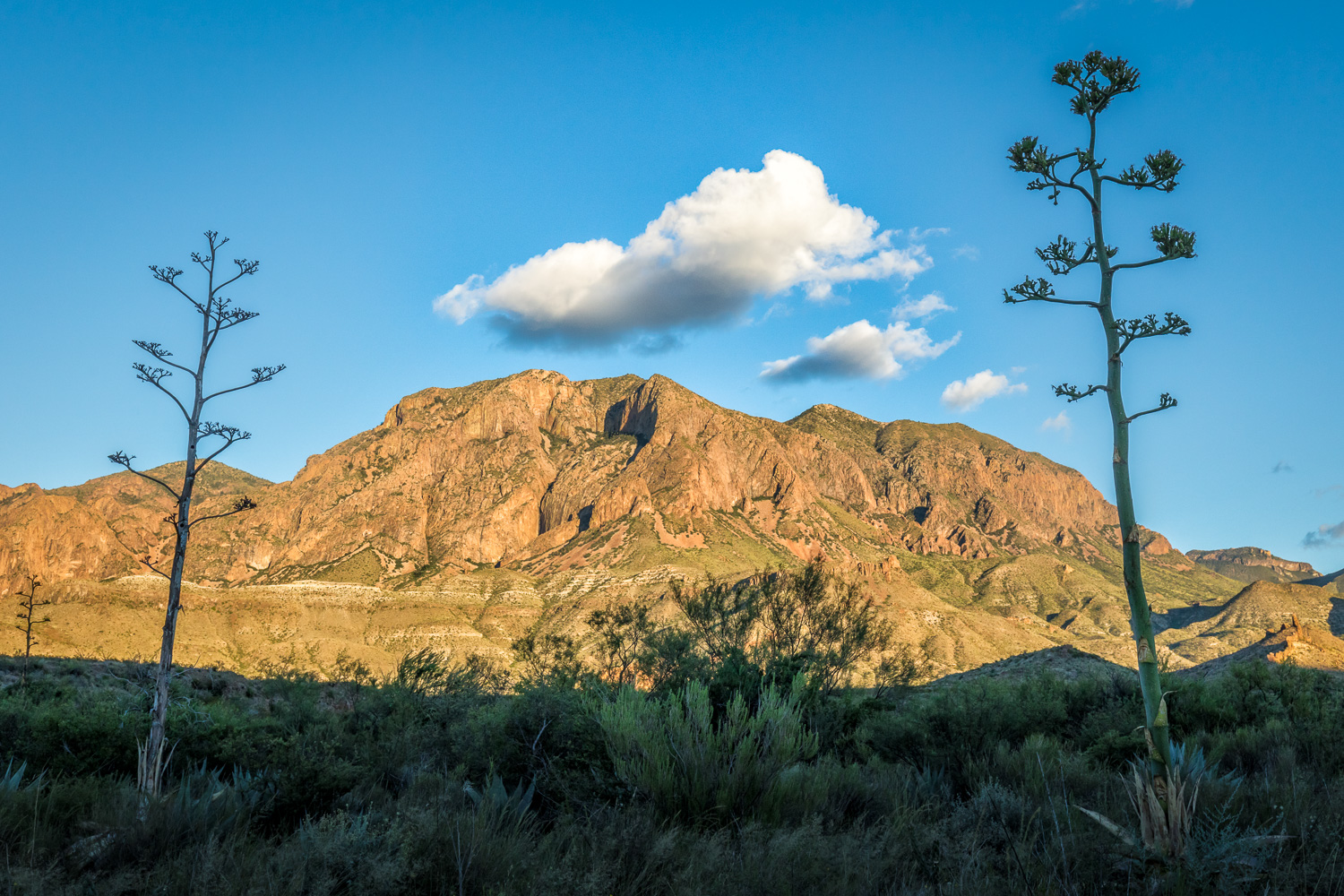 Agaves and the Chisos

This image was taken with my Canon EOS 5DS using my Canon EF 16-35mm f/4 Lens set on 29mm. The camera was set on Manual mode with the aperture set at f/11, shutter speed at 1/250th of a second and the ISO set at 400. I used a tripod for stability. This is a single image processed in Lightroom and completed in Photoshop using Nik Color Efex Pro.

You can see my Big Bend gallery by clicking here. Please use the section below to post your comments, questions or suggestions.