Upon arrival on Skellig Michael, I climbed the 600 or so steps to St. Fionan’s Monastery. I was impressed how the inhabitants of that time were able to build such a structure in such difficult conditions. The monastery is actually very small as only 10-12 monks lived on the island at any given time. There are three sets of stairs that take you from sea level to the monastery. Each were used to embark and disembark onto different parts of the island based on the weather conditions.

The monastery’s exact date of foundation is unknown.  The first definite reference to monastic activity on the island is from the 8th century. Some claimed to have founded the monastery in the 6th century. The monastery sits on a terraced shelf 600 feet above sea level. It contains six “beehive” cells, two oratories as well as a number of stone crosses and slabs. It also contains a later medieval church. The cells and oratories are all of dry-built corbel construction. A system for collecting and purifying water in cisterns was developed.

The monastery remained continuously occupied until the 12th or 13th century. During this time, the climate around Skellig Michael became colder and more prone to storms, and this, along with changes to the structure of the Irish Church, prompted the community to abandon the island and move to the abbey in Ballinskelligs. 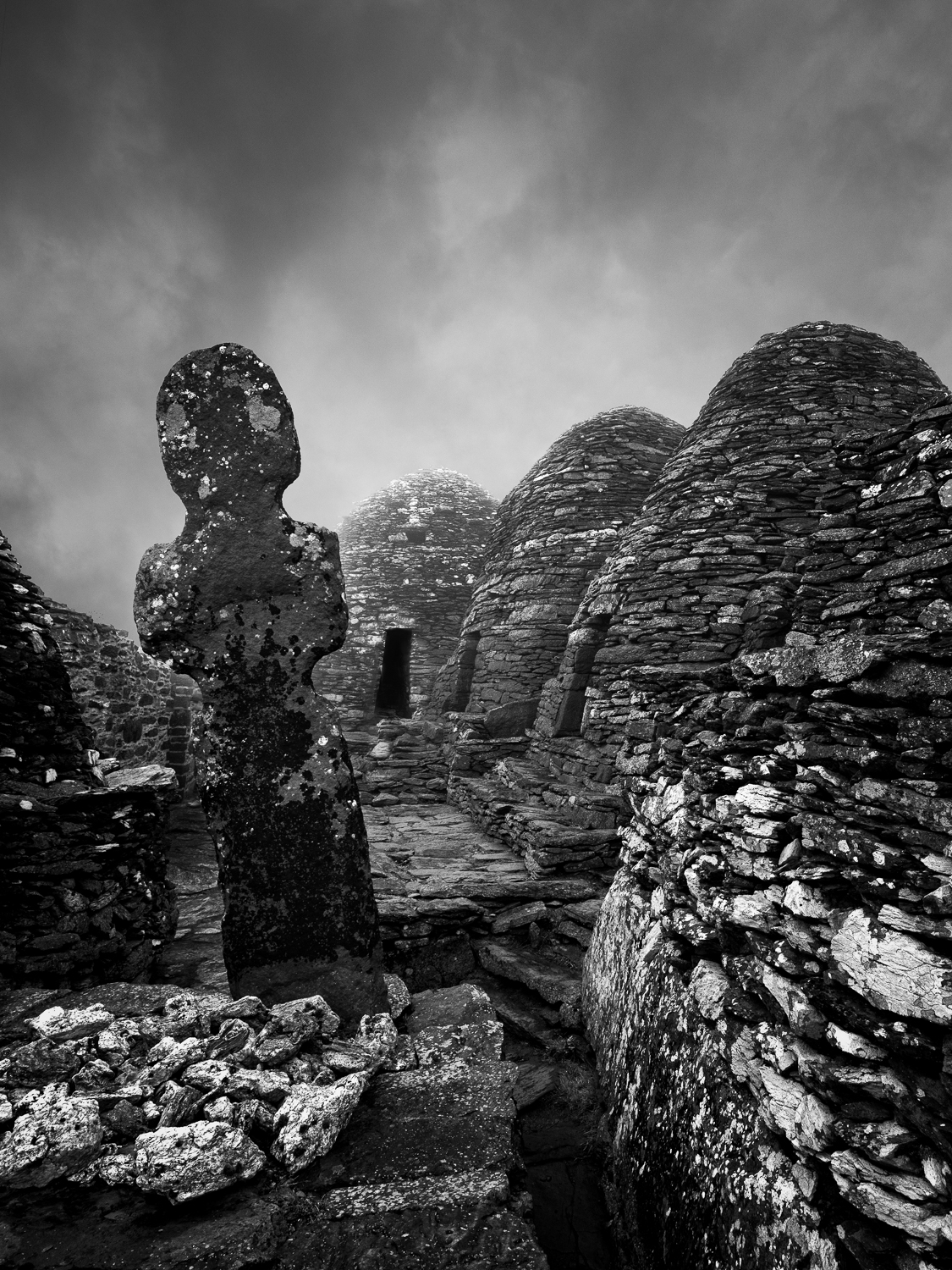 This image was taken with my Sony A7R II using my Sony FE 16-35mm f/4 Lens set on 16mm. The camera was set on Aperture Priority mode with the aperture set at f/11, shutter speed at 1/60th of a second and the ISO set at 400. I did not use a tripod for this photo. This is a single image processed in Lightroom and finalized in Photoshop using Nik Silver Efex Pro.