Skellig Michael was by far the highlight of my recent trip to Ireland. The trip to this famous island begins with a short, 60-minute boat ride from the town of Portmagee.  Access to the island is very limited and only a few boats are licensed to access the island in order to bring visitors to this wonderful place. Making a reservation on one of the boats is done by contacting one of the boat captains. Unfortunately, we had no reservation so we had to get in the stand-by line. We were able to get on one of the boats on our second attempt. Visiting the island is not for the faint of heart. There are about 600 steps that lead to the top of the island where you will find an ancient monastery. Some of the steps are slick and handrails are few. I had no issue navigating the climb but I witnessed many people descending the mountain in creative ways…

Skellig Michael, also called the Great Skellig, is the larger of the two Skellig Islands. A Gaelic Christian monastery was founded on the island between the 6th and 8th century and remained continuously occupied until it was abandoned in the late 12th century. The remains of the monastery, and most of the island, became a UNESCO World Heritage Site in 1996. I highly recommend visiting the island if you plan a visit to the area. 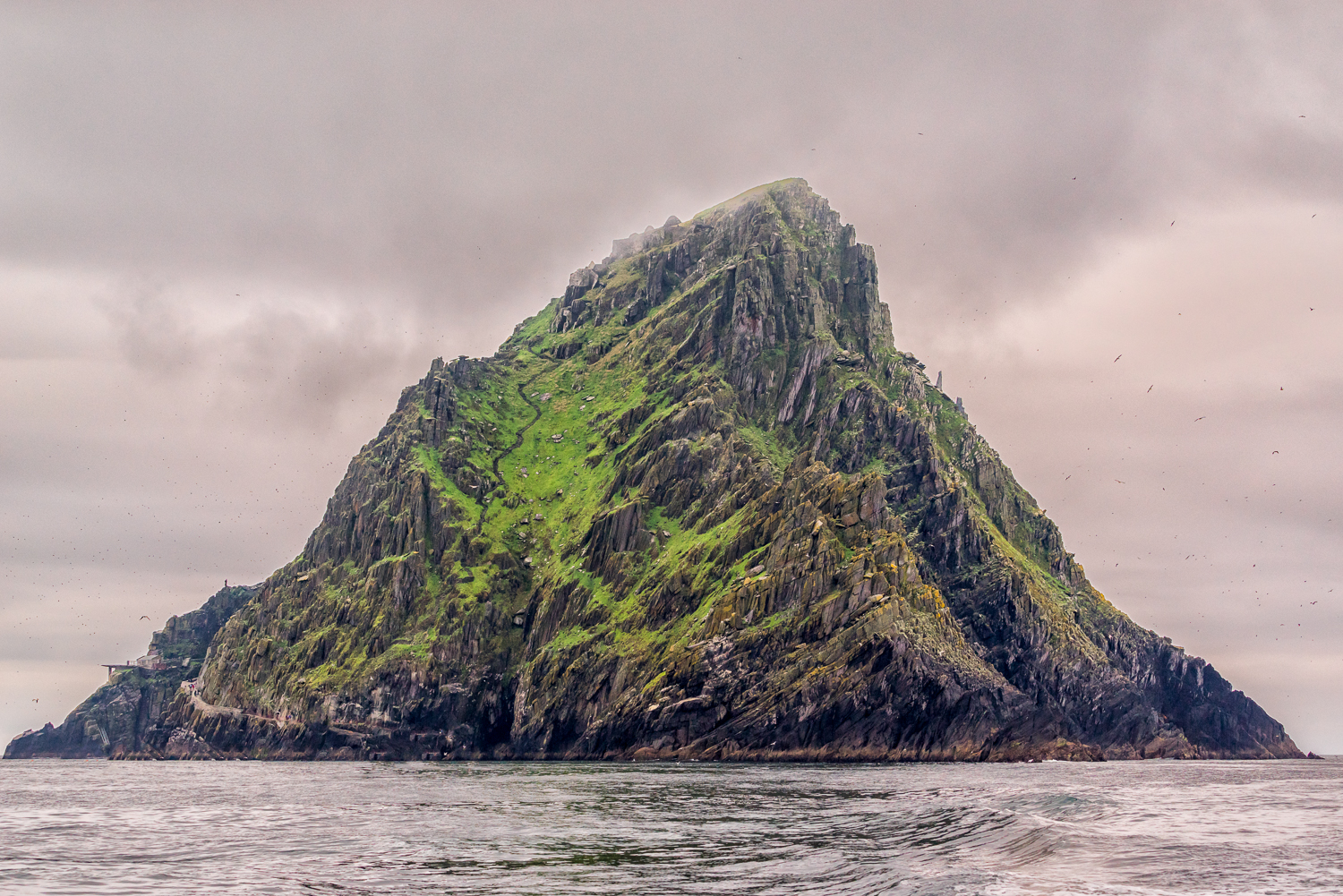 This image was taken with my Sony A7R II using my Sony FE 70-200mm f/4 Lens set on 70mm. The camera was set on Aperture Priority mode with the aperture set at f/8, shutter speed at 1/2500th of a second and the ISO set at 1000. I did not use a tripod. I shot this hand-held from a moving boat. This is a single image processed in Lightroom and finalized in Photoshop using Nik Color Efex Pro.