One of the great memories of visiting Skellig Michael during my recent trip to Ireland was the incredibly large Puffin colony. These tiny colorful birds were not afraid of humans and were so plentiful it was easy to photograph them in their natural habitat. Most of the birds I photographed were within six feet and did not shy away from being photographed. This is one of my favorite Puffin photos.

Puffins spend their summers on the island, breeding and fattening their chicks before departing, almost in unison, at the end of August for parts unknown. Researchers have tracked their migration to North America by using tiny transmitters to track their movements. The birds weigh less than a pound but can travel across the entire Atlantic Ocean. Their colorful beaks are only present during the mating season. Once the season has ended they shed their colorful exterior in favor of a more dull appearance. 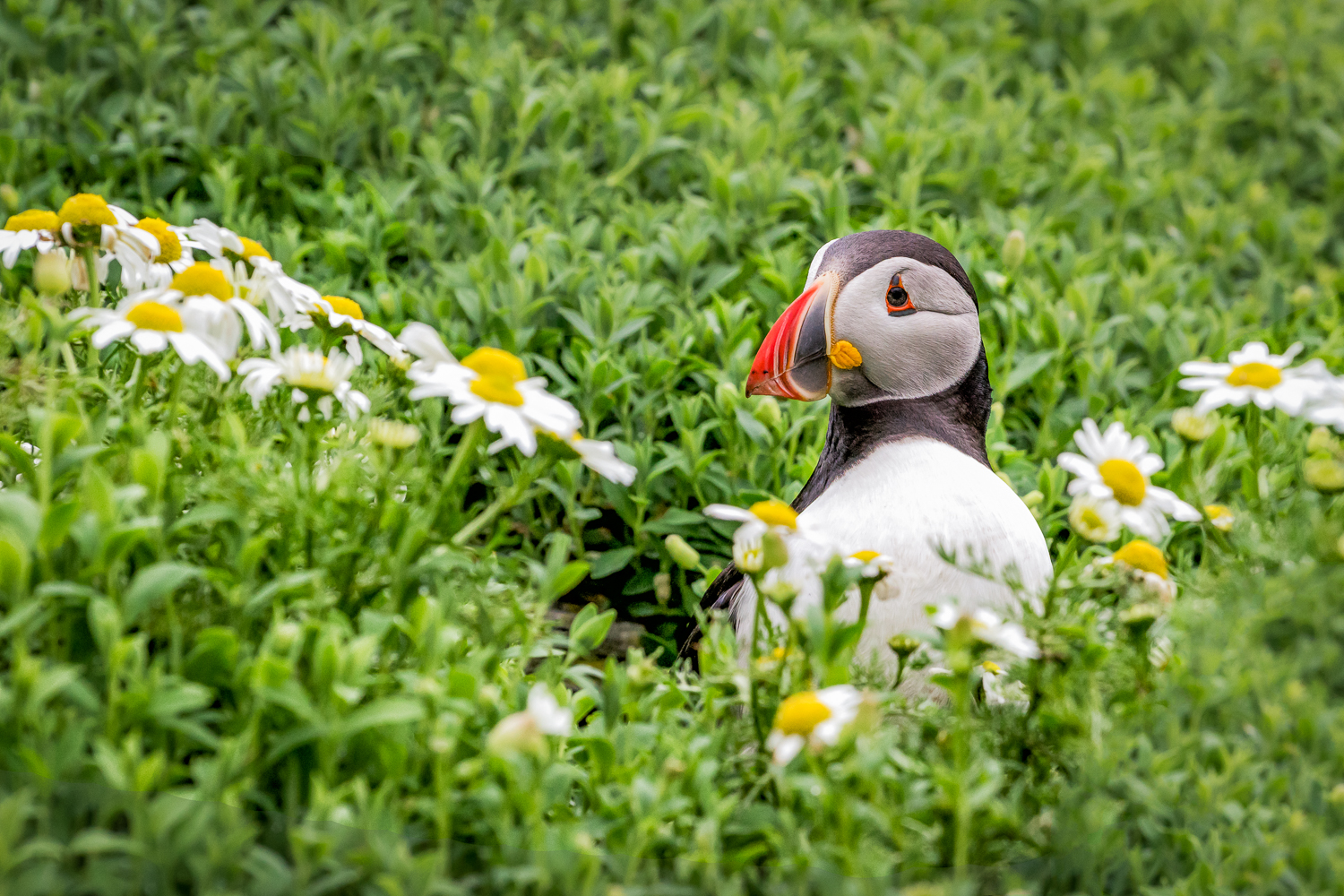 This image was taken with my Sony A7R II using my Sony FE 70-200mm f/4 Lens set on 200mm. The camera was set on Aperture Priority mode with the aperture set at f/8, shutter speed at 1/2000th of a second and the ISO set at 1600. I hand-held the camera. This is a single image processed in Lightroom and finalized in Photoshop using Nik Color Efex Pro.