After finishing our tour of Skellig Michael, that boat captain took us around the island to see some of the additional sites. One of them was the Skelligs Lighthouse. The lighthouse can be found on the southern-most peninsula and is one of two lighthouses on the island. The other one is further north. Both of them were built in the 1820’s but the northern-most lighthouse was discontinued around 1870. This one continues to work but became one of the automatic lighthouses in 1987 and is now unmanned. 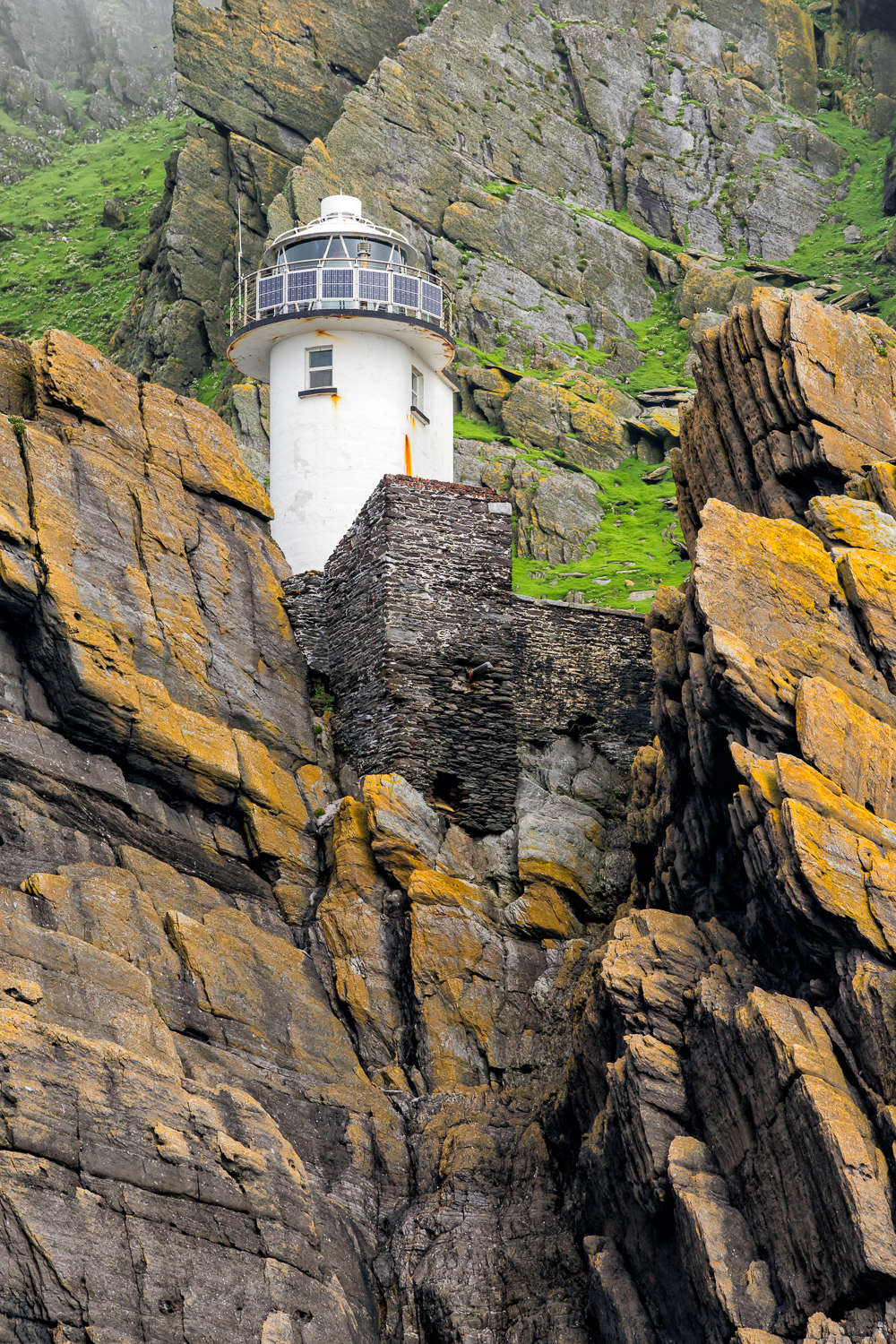 This image was taken with my Sony A7R II using my Sony FE 70-200mm f/4 Lens set on 200mm. The camera was set on Aperture Priority mode with the aperture set at f/8, shutter speed at 1/1600th of a second and the ISO set at 1000. I hand-held the camera while in a boat. This is a single image processed in Lightroom and finalized in Photoshop using Nik Color Efex Pro.