I am not a big fan of star trails but I thought that this photograph of the Arch Rock Star Trails that I captured in the Joshua Tree National Park earlier this month could provide some useful information about these celestial bodies. The earth rotates around its axis which causes the stars to trail when photographing them with long exposure times. There are two primary methods to achieve long star trails. The first and most straight forward is to leave the shutter open for a long period of time (e.g. one hour), The preferred method is to capture multiple photographs for shorter periods of time using an intravelometer (either in the camera or attached to the camera) and stitch them together using special software. I opted for the second method and captured seven photographs of four minutes each for a total of twenty-eight minutes of exposure time. The advantage of this method is that multiple photographs are less taxing on the sensor causing less heat. Less heat causes less anomalies in the form of “hot pixels”.

The star you see in the center of the spiral is Polaris. Polaris is also referred to as the “north start” but in reality is just slightly off of north. You might notice that the stars are of different colors. Different colors are hard to depict in stars when they are pin-point objects but they are easier to see when they are trailing. The color of the star reflects its temperature. Blue stars represent cooler temperatures while red starts are warmer. Lastly, the closer the star is to the equator the longer the trail. So, if you want long star trails with shorter exposure times then point your camera East or West. 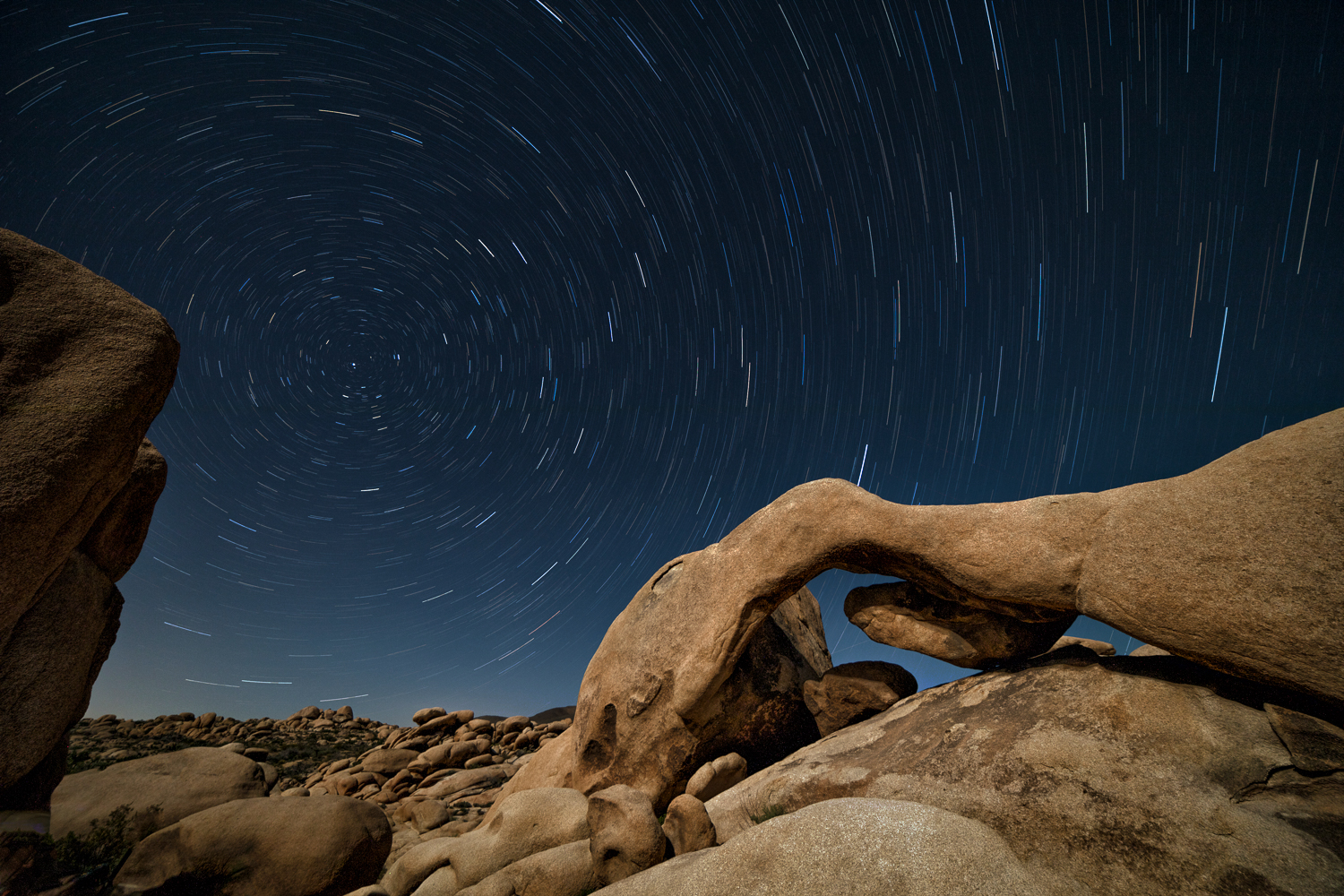 This image was taken with my Canon EOS 5DS using my Rokinon 14mm f/2.8 IF ED UMC. The camera was set on Manual mode with the aperture set at f/5.6, shutter speed at 240 seconds (4 minutes) and the ISO set at 100. I used a tripod for stability.  This is a series of seven images brought together into one using StarTrax (a special software package used to create star trails). I finalized the image in Photoshop and Nik Color Efex Pro.

You can access other landscape photographs by clicking here. Please use the section below to post your comments, questions or suggestions.