I photographed this Little Bee-Eater at the Hluhluwe Imfolozi Game-Reserve during my trip last May to South Africa. I processed this photograph a few months ago and I decided not to post it. I was going through my remaining photos from the trip and I decided it was worthy of posting. So, here is another high-key processed photograph from my trip.

The Little Bee-Eater (Merops pusillus) is resident in much of sub-Saharan Africa. This is an abundant species. They have been estimated to be between 60-80 million of them. Just as the name suggests, Bee-Eaters predominantly eat insects, especially bees, wasps and hornets, which are caught in the air by sorties from an open perch. Before eating its meal, a Bee-Eater removes the sting by repeatedly hitting the insect on a hard surface. These birds roost communally, lined up on a tree branch. There was actually a female sitting on the branch next to the male when I first spotted them. He had just killed a moth and brought it to her to eat. 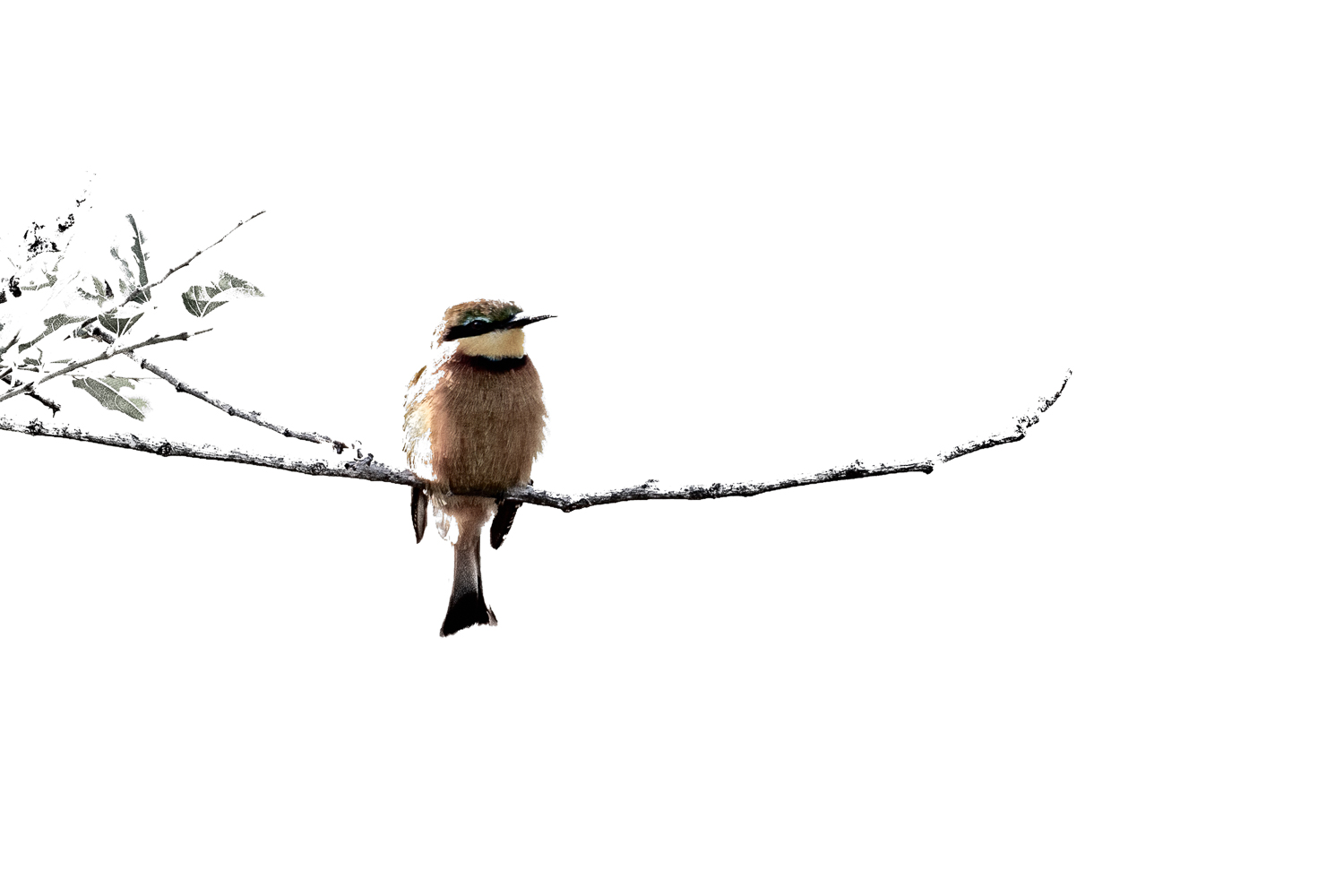 This image was taken with my Canon EOS 5DS using my Canon EF 100-400mm f/4.5-5.6L II Lens set on 371mm. The camera was set on Aperture Priority mode with the aperture set at f/8, shutter speed at 1/400th of a second and the ISO set at 500. This was a single image processed in Lightroom and completed in Photoshop using Nik Color Efex Pro.

You can access other High Key photographs by clicking here. Please use the section below to post your comments, questions or suggestions.