I photographed the Cape Point Lighthouse during my trip to South Africa last year. We drove down from Cape Town to spend the day in the southern part of the peninsula, culminating in a visit to the historic Cape Point.

Cape Point has a long and colourful history, largely due to the search for a sea route to the East. Portuguese explorer Bartolomeu Dias was the first to round the Cape Peninsula in 1488. He named it the “Cape of Storms”. A decade later, Vasco da Gama navigated the same route and sailed down the coast of Africa, successfully opening a new trading route for Europe with India and the Far East.

‘The Point” has been treated with respect by sailors for centuries. A navigational landmark by day and a menace by night or in fog. This lighthouse was built in 1859 on the summit of Cape Point (238 meters above sea level), however, it was ineffective in mist and fog. A new, more effective light house, was built in 1914 at a much lower level (87 meters above sea level). The new lighthouse now serves as a centralized monitoring point for all the lighthouses in South Africa. I highly recommend visiting “The Point” if you happen to be in the area. 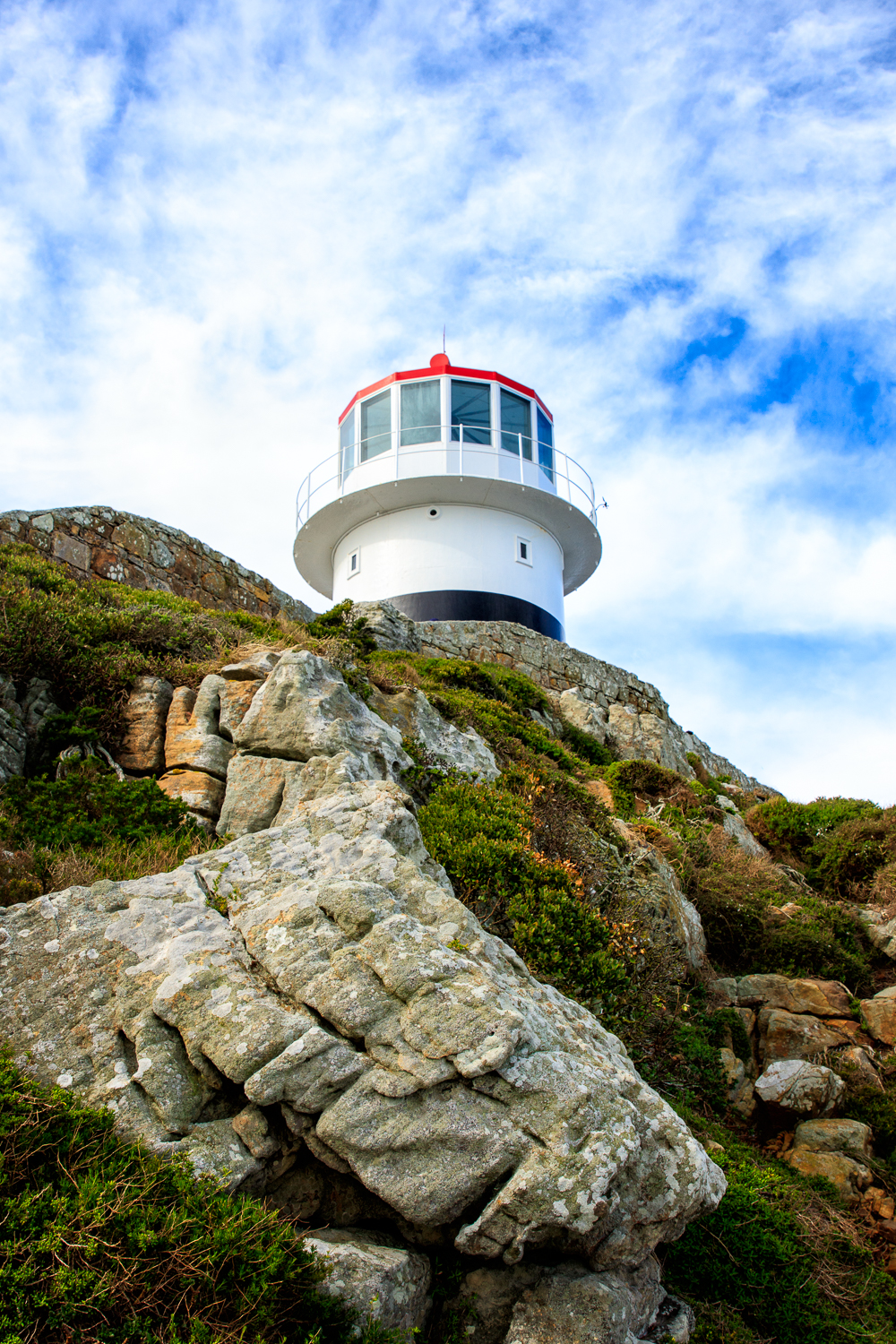 This image was taken with my Canon EOS 5DS using my Canon EF 24-70mm f/2.8L II USM Lens set on 24mm. The camera was set on Aperture Priority with the aperture set at f/9, shutter speed at 1/100th of a second and the ISO set at 100.  This its a single image processed in Lightroom. I finalized the image in Photoshop using Nik Color Efex Pro.

You can access other landscape photos by clicking here. Please use the section below to post your comments, questions or suggestions.