I mentioned in a post last month that we normally stop along Glen Springs Road on our way out of the Big Bend National Park. We stop there to photograph the mountain ranges in the park at sunrise before heading out for breakfast and then the long ride home. The photograph that I posted titled “Prickly Pear Starburst” was facing east towards the sunrise. The photograph below faces west toward Nugent Mountain (on the left) and the Chisos Mountain Range (looking rather diminutive and covered with clouds on the right). We had high expectations that the clouds would light up with color with the morning sun but that never happened. So, we packed up shortly after this and headed home.

The Chisos Mountain Range is the signature feature of the park and I have often wondered how they were formed. I did some research and found out that the first of a long series of volcanic eruptions occurred approximately 42 million years ago in the northwestern area of the park. The Chisos formed due to the upwelling of magma that lifted the area. This upwelling fractured and weakened the overlying crust allowing massive outpourings of lava to spread across the land. That’s why the Chisos have a rugged, uneven look to them. Nugent Mountain (on the left) was also formed by an upwelling but in a much smaller scale. 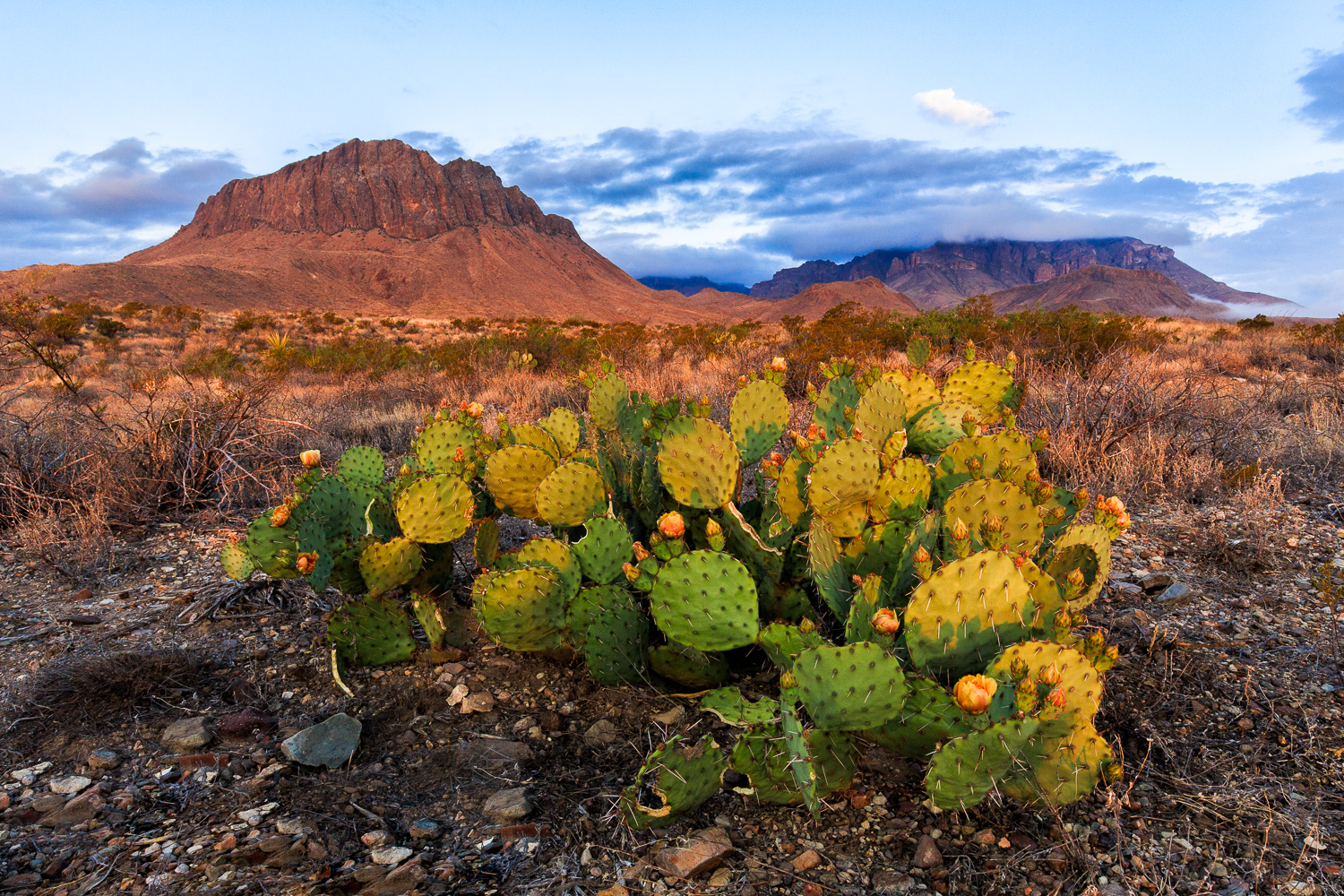 You can access the portfolio for all my Big Bend National Park photos by clicking here. Please use the section below to post your comments, questions or suggestions.