It has become a tradition during our annual trips to the Big Bend National Park to stop along the Glen Springs Road on our way out of the park to photograph Nugent Mountain and the Chisos Mountain range at sunrise. This year was no exception. At first, the clouds looked like they were going to cooperate only to let us down at the last minute. As the sun was about to rise over the horizon, I had the idea to set up a camera pointing towards the sunrise in addition to our setup pointed towards the mountains. Unfortunately, I was already using my favorite starburst lens so I had to grab an old 20mm lens that has a different aperture diaphragm. That’s the difference between this photograph and photographs like this one or this one.

What makes these starburst images? It’s the aperture on the lens. The effect is created by light diffracting off of the aperture blades. Smaller apertures (e.g. f/22) are the key to a sharp starburst effect. More points are created by lenses with more blades. Odd numbered blade configurations create twice the number of points. Even numbered blades create only 1 point per blade as they cancel out the second point. This lens is a 6-blade aperture diaphragm so less points are present. The other two photographs are taken with 9-blade apertures. So, more points are visible. 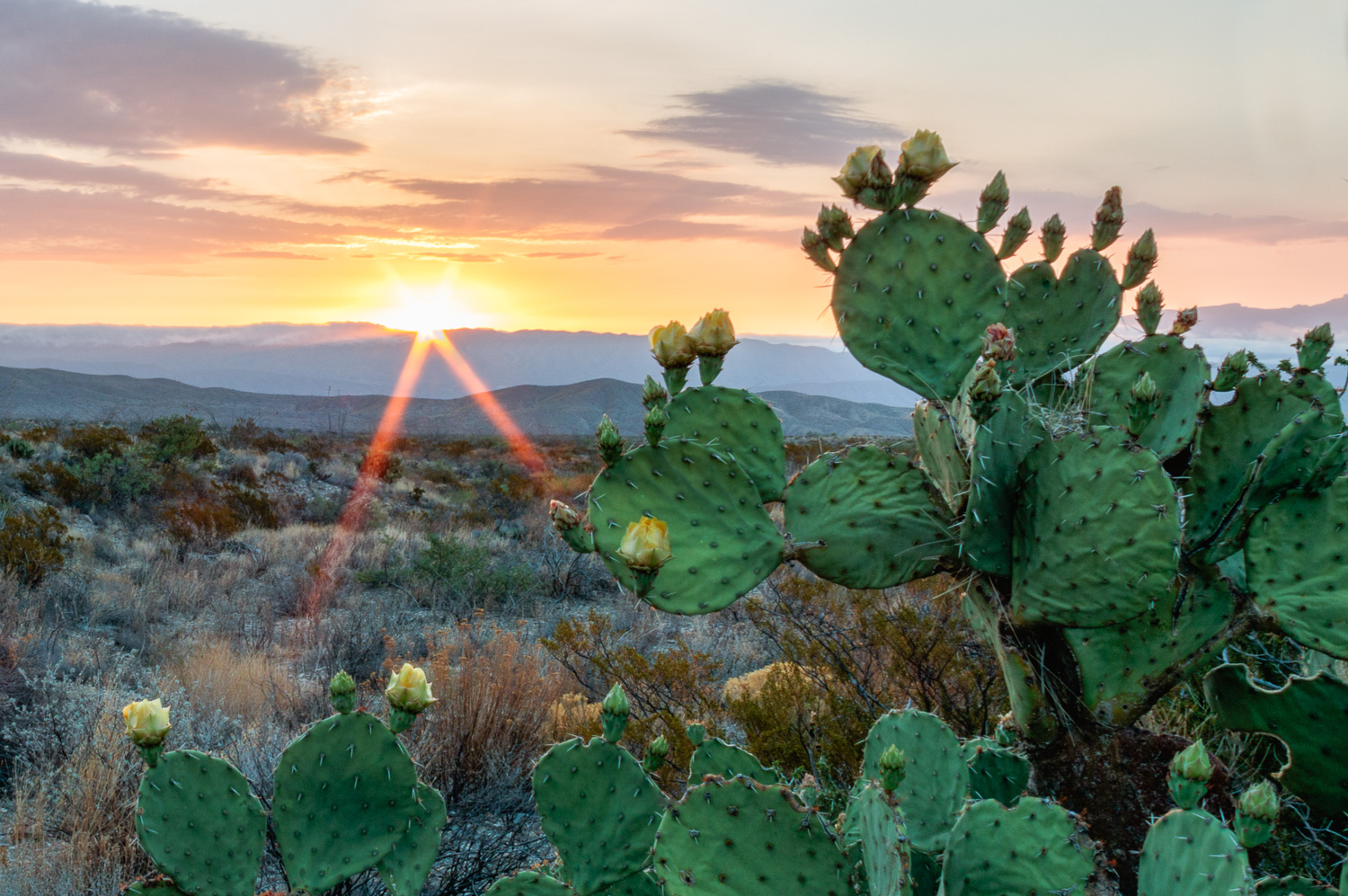 This image was taken with my Canon EOS 7D Mark II using my Canon EF 20mm f/2.8 Lens. The camera was set on Aperture priority mode with the aperture set at f/22, shutter speed at 1/5th of a second and the ISO set at 100. This is a single image processed in Lightroom and Nik ColorEfex Pro.I should have swapped lenses with my other camera since the other photograph was not into the sun. Planning ahead would have made for a better starburst.

You can access the portfolio for all of my Big Bend photograph by clicking here. Please use the section below to post your comments, questions or suggestions.