One of my favorite hikes during my recent trip to Big Bend National Park was the hike up the Grapevine Hills Trail. A fairly easy 2.2-mile round trip leads from the Grapevine Hills road to the formation known as Balanced Rock. The last few hundred yards of the hike is fairly steep as you climb on boulders to reach the formation. Grapevine Hills is an area with many exposed giant, rounded boulders. I stood on top of one of these boulders to obtain the view through the “window” and to see the valley below. I titled this one “Balanced Sunrise” because I was trying to make sure I got the rock formation and a good sunrise all at the same time. This is one of my favorite photos from my trip.

I posted an image titled “Spheroidal” last week where I detailed that some of the rock formations in this area were caused by Spheroidal Weathering. These rock formations are called Syenite Boulders. Syenite is a coarse-grained rock with a composition similar to granite, but deficient in quartz. This entire area was covered in these rocks and created a monochrome landscape. It is a common assumption that the horizontal rock once stood vertical atop the vertical rock and erosion caused it to fall and settle where it lies today. 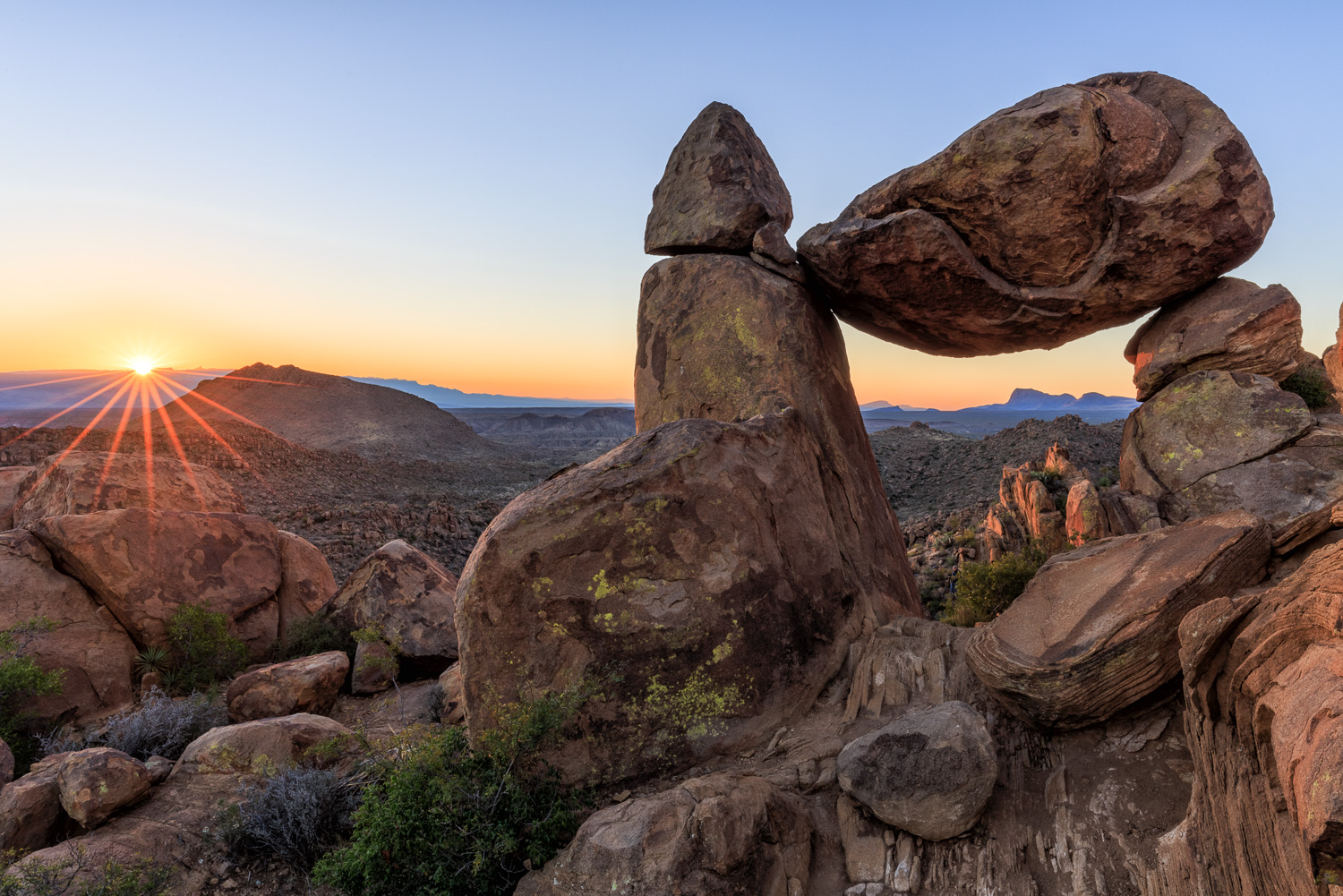 This image was taken with my Canon EOS 5D Mark III using my Canon EF 16-35mm f/4 Lens set on 23 mm. The camera was set on Aperture priority mode with the aperture set at f/22, shutter speed at 1/20 and the ISO set at 100. I set the aperture to f/22 to make sure that I had good depth of field but also to enhance the starburst effect from the sun.