I mentioned in yesterday’s post entitled Gold Cobblestone that I spent a few days in the Big Bend National Park with some of my photography friends. We spent quite a bit of time photographing and admiring the many natural rock formations found in the park. The BBNP is an amazing geological wonderland. The image below was taken during a hike up the Grapevine Hills Trail. This rock formation is very common in this area and the pattern is a result of Spheroidal Weathering. 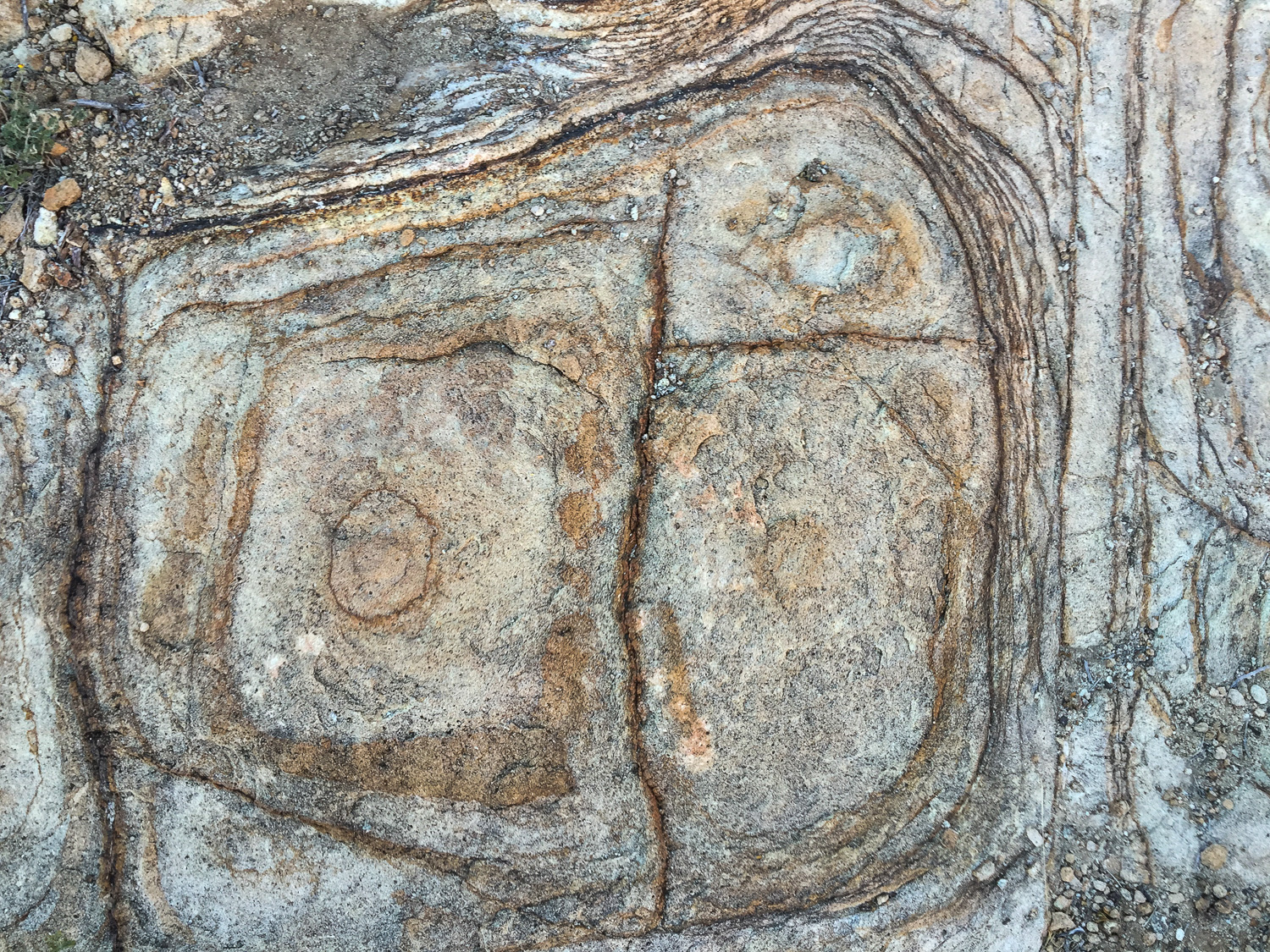