Florida is known as the “Sunshine State” but I think “Sunrise State” would be equally descriptive. I mentioned in a post from last week titled Rocky Sunrise that I visited Florida last year to attend a friend’s wedding and I took some time to photograph some of the beautiful scenery. One of my trips was to an area called Stuart Rocks Beach. I was looking for beaches with rocks to photograph the sunrise. Florida is not known for rocky beaches. Sandy beaches? Yes. Rocky beaches? Not that many.

The Rocks, as this spot is commonly referred to, has a lot of rock formations and it is a very interesting geological area. A small Anastasia Formation of shell fragments and dead coral juts out to sea. Along Florida’s east coast, the Anastasia Formation crops out in a narrow belt extending from Anastasia Island to Boca Raton. There are only three areas where the formation is exposed. Stuart Beach is one of those areas. This limestone formation begins as a white-to-tan colored rock when freshly exposed and then weathers to shades of gray and brown (as was the case for the rocks in this photo).  The rock is a mixture of shell fragments and quartz grains bound together by calcium carbonate cement. The rocks can be very jagged and sharp. You don’t want to go tracking through here barefoot. This is your geology lesson for today… 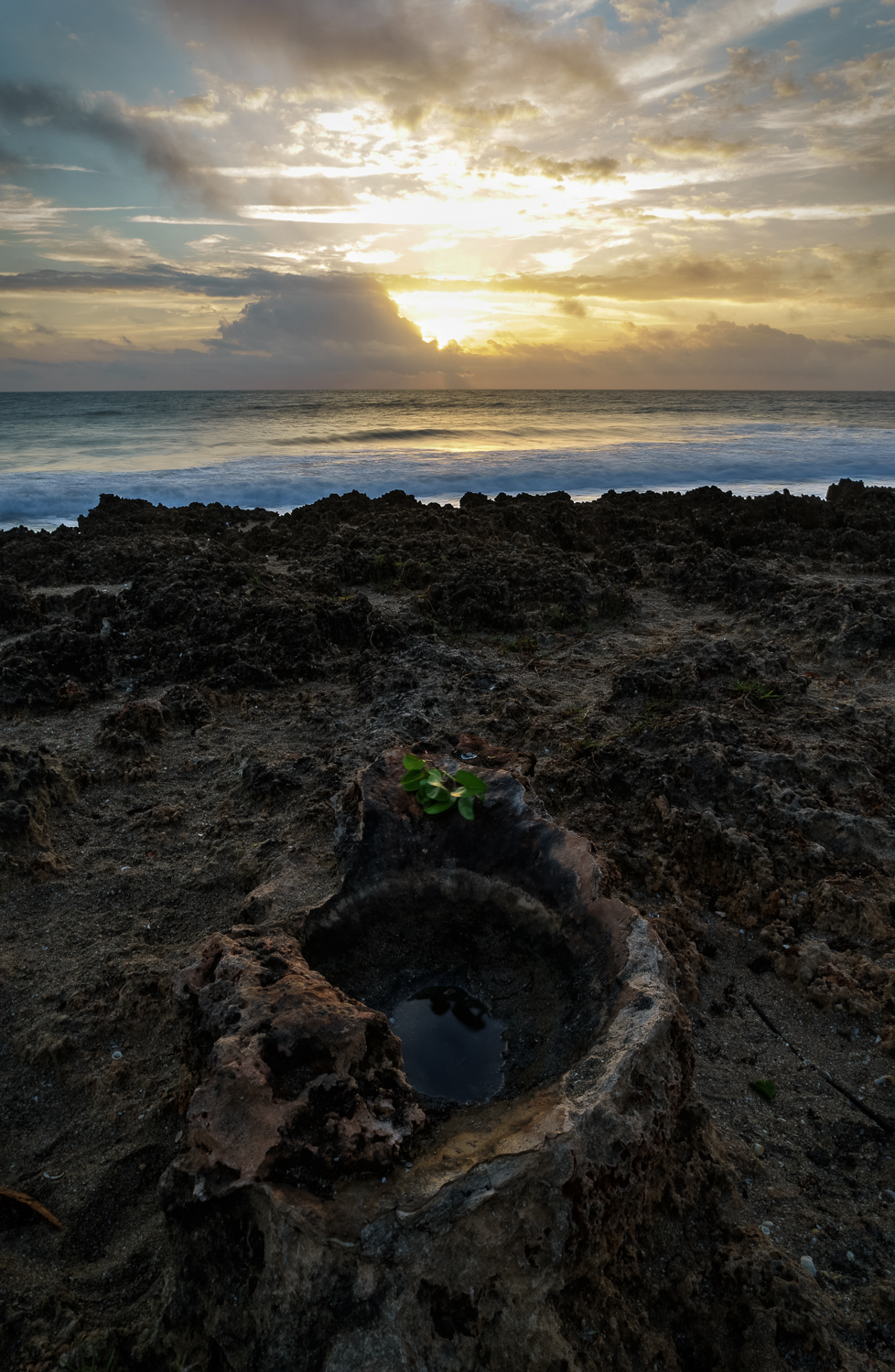 This image was taken with my Sony Alpha A7 II using my Sony FE 24-70mm f/4 Lens set on 24 mm. The camera was set on Aperture priority mode with the aperture set at f/22, shutter speed at 1/2 second of a second and the ISO set at 100. This is a single image processed Lightroom and Photoshop.