I traveled to Florida in the spring of 2015 to attend a wedding with family and friends.  I took advantage of the trip to venture out and take some photographs.  I was specifically looking for some rocky beaches to take some long exposure ocean shots.  There are not that many rocky beaches in Florida!  I did manage to find a place near Port St Lucie called Stuart Rocks.  It’s a very popular place for surfers and there were definitely rocks there.  To me, they appeared to be volcanic rocks and I was very amazed with how porous they were. This photograph does not contain many rocks. Areas just left of this image had much larger rock formations.

Stuart beach is located near the city of Stuart. The city is known as the “Sailfish Capital of the World” and is located along Florida’s renowned “Treasure Coast“, north of Palm Beach and south of Vero Beach. The name was coined by two journalists from the Vero Beach Press Journal newspaper shortly after salvagers began recovering Spanish treasure off the coast in 1961. The treasure was traced back to the Spanish Treasure Fleet lost in a 1715 hurricane. To me, the treasure was the fantastic gold hues from the magnificent sunrise. 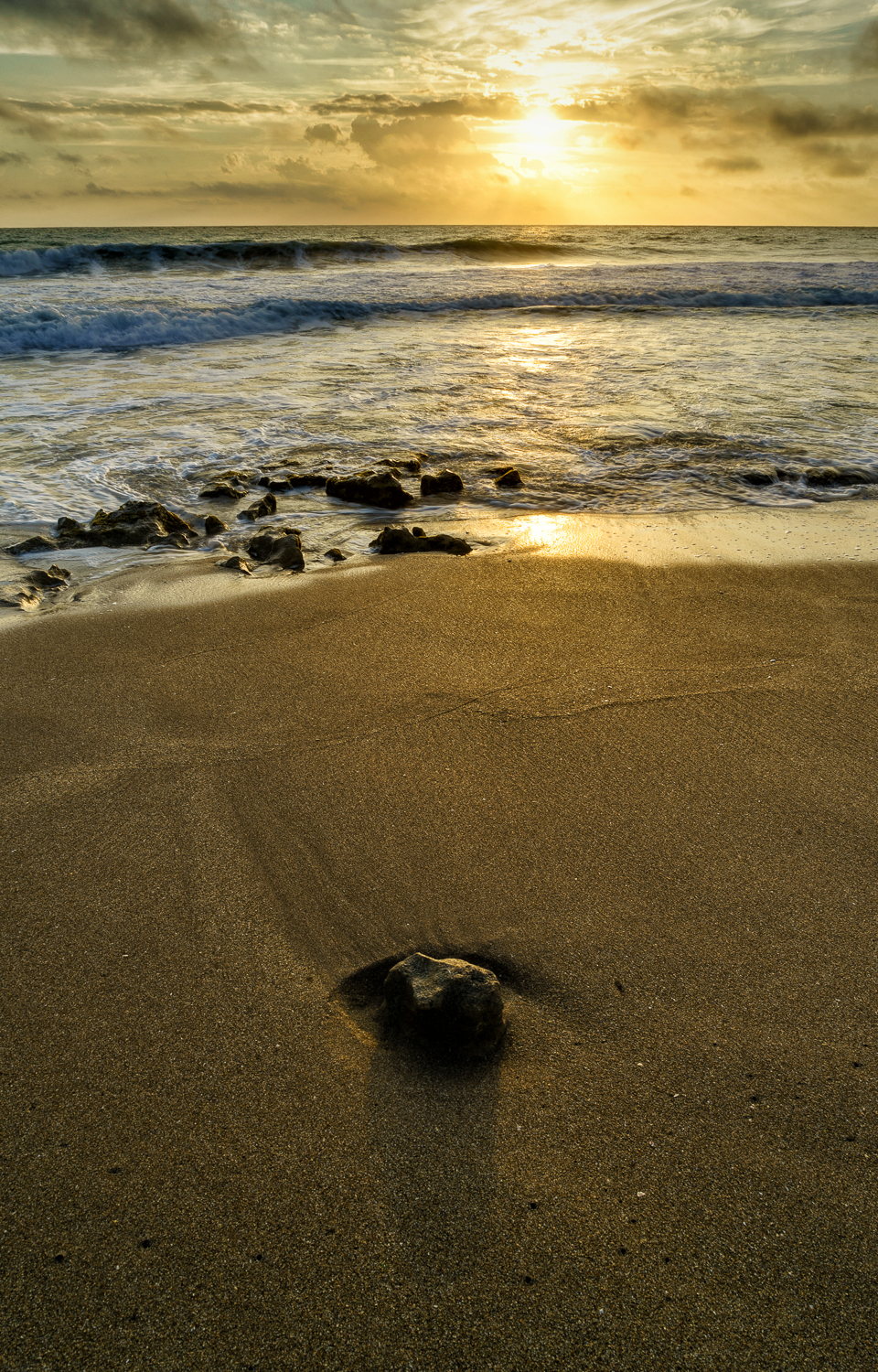 This image was taken with my Sony Alpha A7 II using my Sony FE 24-70mm f/4 Lens set on 24 mm. The camera was set on Aperture priority mode with the aperture set at f/20, shutter speed at 1/25th of a second and the ISO set at 100. This is a single image processed Lightroom and Photoshop.