I have posted many photographs taken at Pedernales Falls State Park but most of them were taken of local birds at the bird blind located on the park grounds. I did make a trip to the park with one of my photography friends last year and we spent the morning photographing the famous falls and then we photographed some Texas Wildflowers. This photograph was taken below the waterfalls. You can see the falls in the background. Unfortunately, the falls were not flowing as they usually do. I was trying to find potholes that could serve as the focal point in the image. I found this pothole and I thought that it would make a good foreground.

The state of Texas purchased the land where the park resides in 1970 and they opened the park to the public in 1971. Before 1970, the area was a working ranch known as the Circle Bar Ranch. The Wheatley family purchased the land in 1937 and built the Ranch. Pedernales Falls was known as one of the best fishing rivers in the region. Many ranchers, including the Wheatley family and the Reimer family, owners of the adjacent land, charged about a dollar per day to fish there. Enormous catfish were regularly pulled from the pool beneath the falls near where I took this photograph. 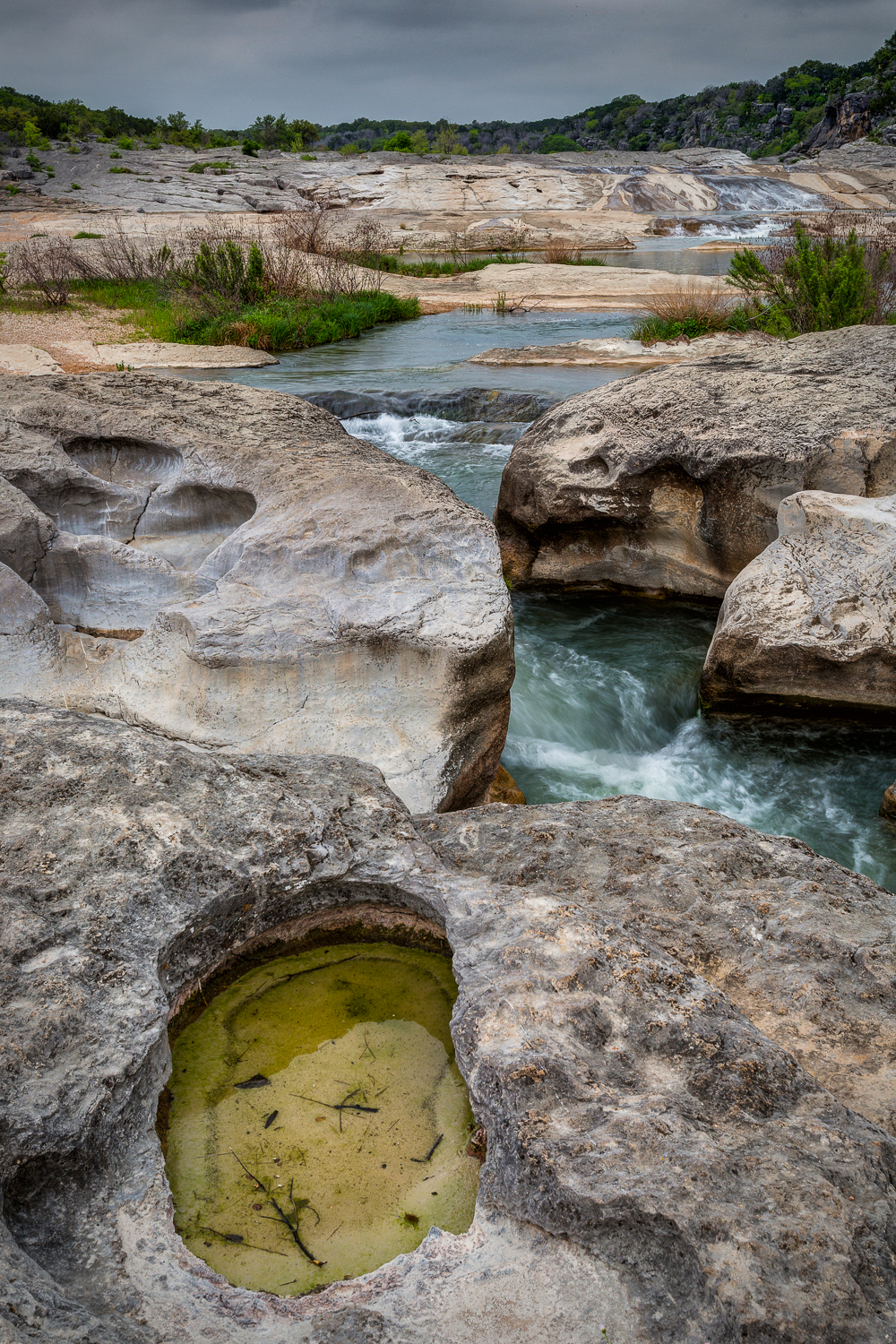