This photo was taken shortly after the photo of the fishing couple from two days ago, however, this is what is called a composite photograph.  It is not a “real” photograph as it is made up of multiple photographs, ten photographs to be exact. I was photographing the sunset on Howard Murph Memorial Park in Rockport during my recent visit to the area when I noticed a bird flying around. So, I took multiple images hoping that the bird would fly in the middle of the sun. It did all but that! So, I took all the images that I captured and merged them into a single image using Photoshop.

Composite images are quite popular today. I’m not a big fan of them as I tend to be somewhat of a “purist” photographer. I like to photograph real images. Yes, I make some changes to saturation levels of what the camera captured to reproduce what I thought I saw in an image, but many artists spend a significant amount of time “creating” new images from multiple images. The photographer we met in Rockport (John Martell) was one of those photographed that likes to “compose” an image and may capture multiple images to make a single, more dramatic image. There is nothing wrong with that approach as there is an artistic license to photography in the same way that painters paint what they “see”. 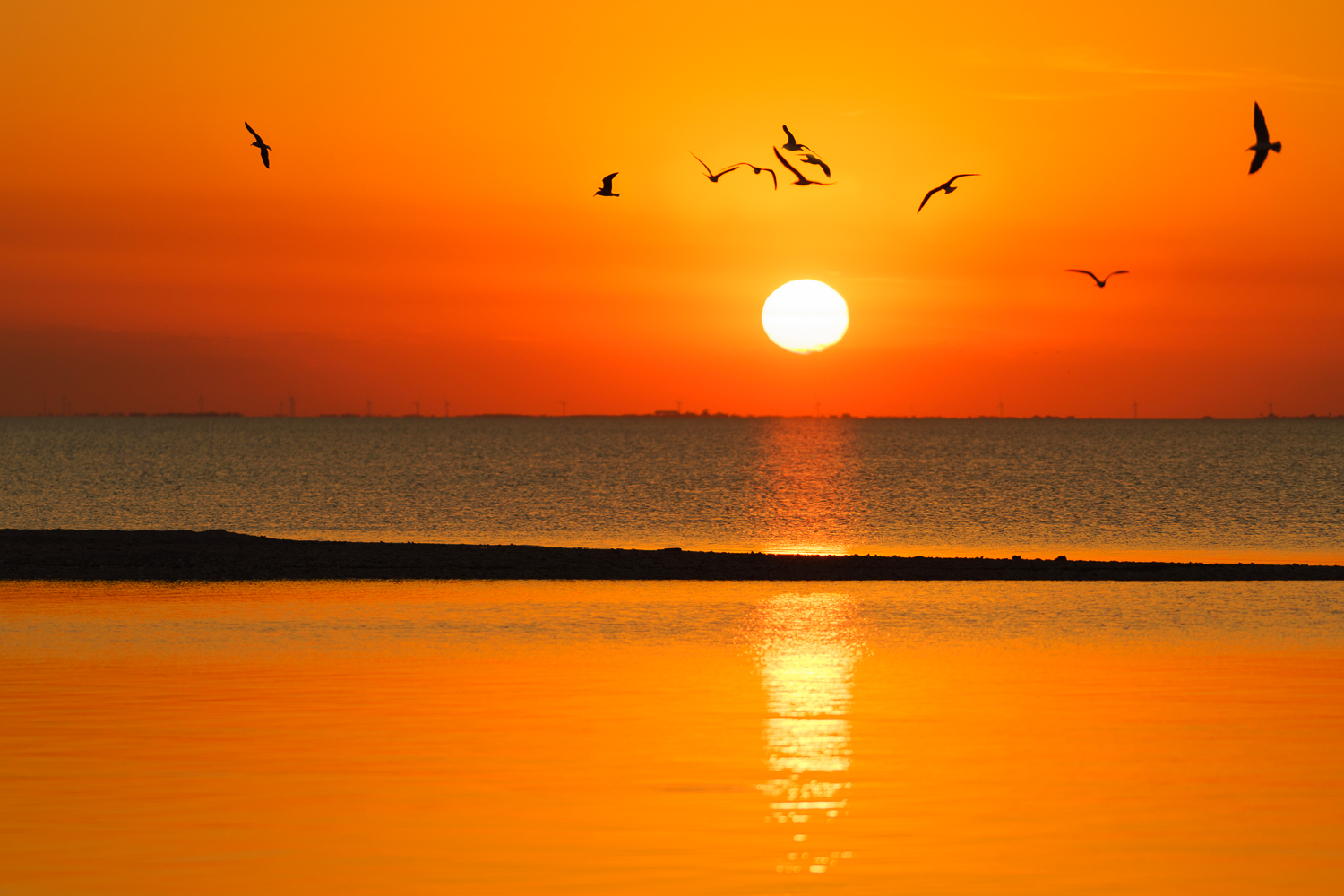 This image was taken with my Sony Alpha A7R using my Sony FE 70-200mm f/4 Lens set on 200 mm. The camera was set on Aperture priority mode with the aperture set at f/4, shutter speed at 1/800TH OF A SECOND and the ISO set at 100. This is a composite image formulated from ten separate images and brought together in Photoshop.

You can access other landscape images by clicking here. Please use the section below to post your comments, questions or suggestions.