I have discussed the importance of soft backgrounds on some of my posts. In photography, this is sometimes referred to as Bokeh. Bokeh is the aesthetic quality of the blur visible in the out-of-focus parts of an image. Aperture is the main camera setting used by photographers to control a soft background. I thought it would be useful to provide some examples so that we can compare the differences in an image with different aperture settings.

I was visiting the LBJ Wildflower Center earlier this year when I spotted this pod. I was trying to get the entire pod in focus while blurring the background.  So, I photographed the subject using a variety of aperture settings. The image on the left was photographed using an aperture of f/2.8 (very large lens opening) while the one on the right was photographed using an aperture of f/32 (very small lens opening). You can see that larger lens openings yield a softer background while smaller openings yield more background in focus. This is also referred to as Depth of Field. 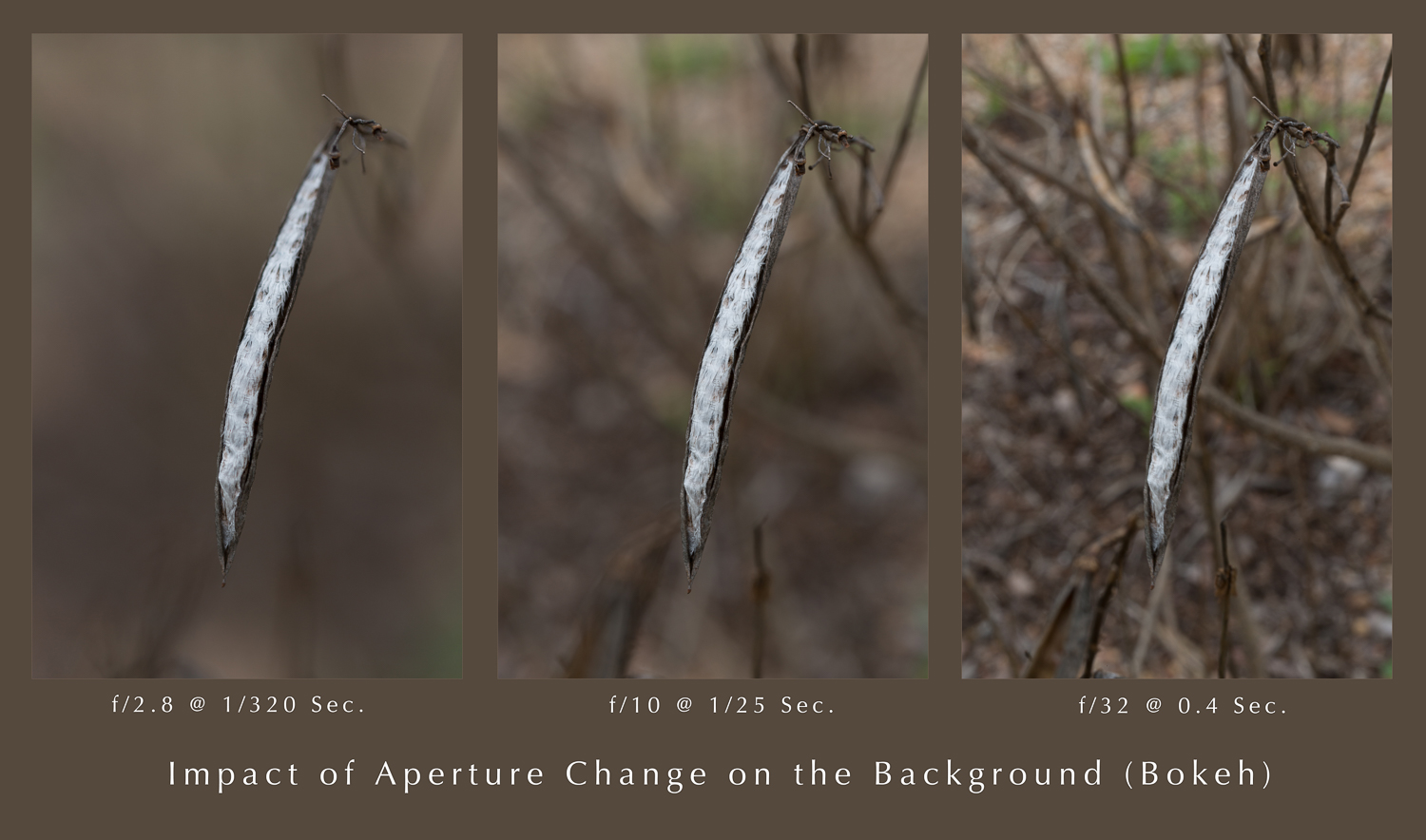