Maximilian was the only monarch of the Second Mexican Empire. He entered into a deal with the famous Napoleon III of France to invade, conquer, and rule Mexico.  But that’s not the Maximilian I wanted to showcase.  It’s the Maximilian Sunflower that is the subject of this post. Fortunately, this flower was not named after a dictator but after the naturalist Prince Maximilian of Germany, who led an expedition into the American West in the 1830’s.

I mentioned in a couple of posts last week that I went mountain biking with a friend of mine at Walnut Creek Park in order to photograph Texas Wildflowers. As we traversed the park, I could not help but notice the large amount of Maximilian Sunflowers. I was particularly interested in the large amount of insects that gathered around the flowers.  I was lucky enough to capture this bee serving as pollinator while gathering his daily nutrition. 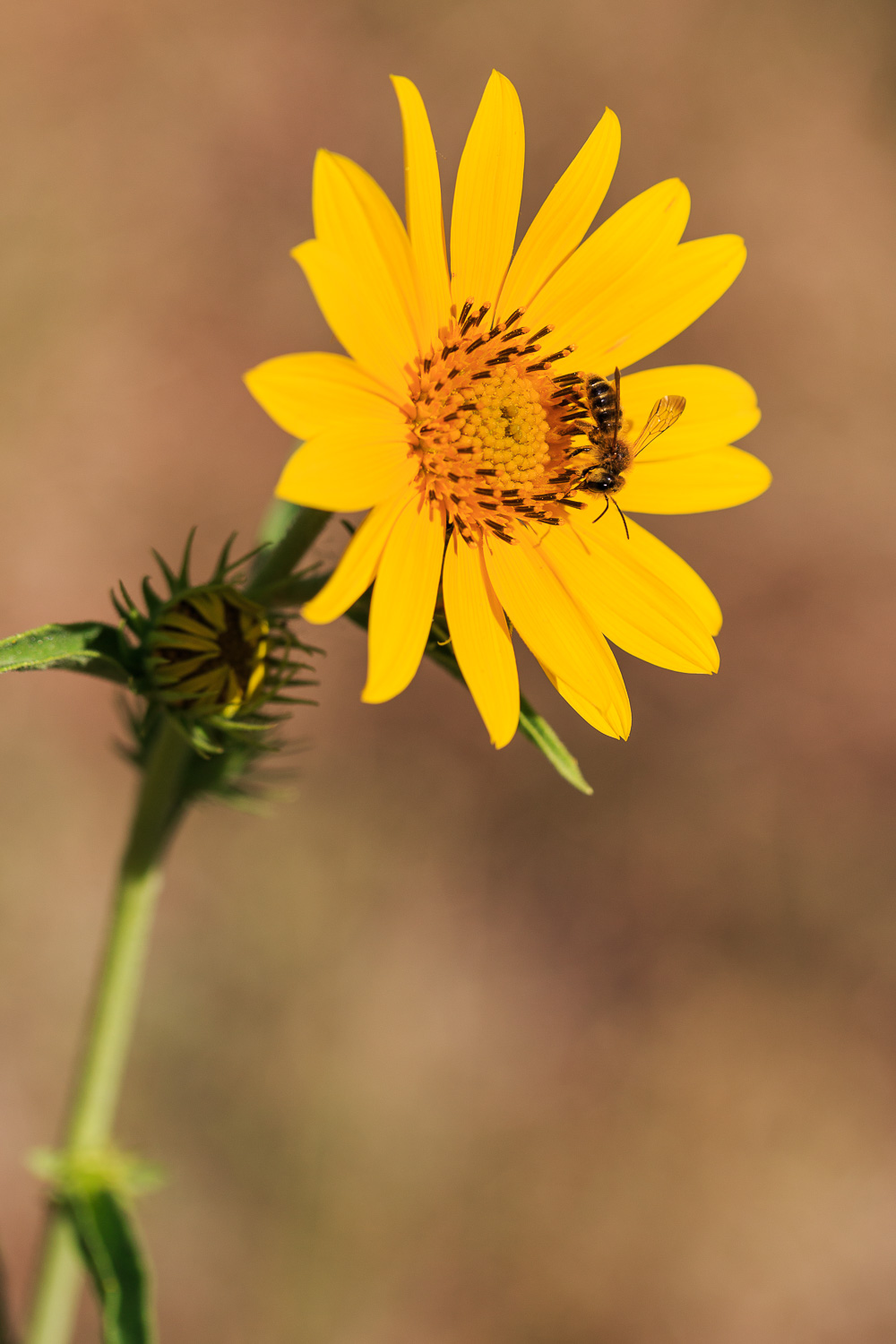 I thought it would be beneficial to zoom into an image of the bee so you can see the detail. 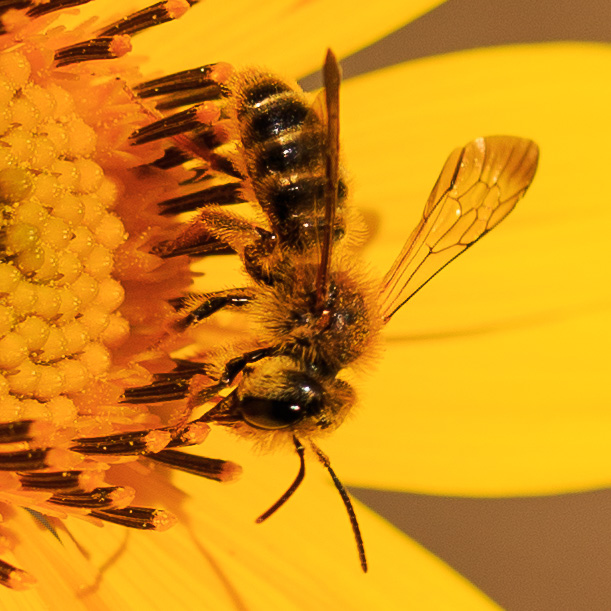 Bee on a Maximilian Sunflower

This image was taken with my Canon EOS 5D Mark III using my Canon EF100mm f/2.8L Macro Lens. The camera was set on Aperture Priority mode with the aperture set at f/5.6, shutter speed at 1/500th of a second and the ISO set at 100. I had the benefit of a very bright sun so I did not have to use a flash. I could have probably used a smaller aperture to improve my depth of field but I was focused (no pun intended) on the bee and making sure it was in focus. Plus, the Bokeh turned out well as a result of the larger aperture. I used a tripod for stability. All processing was done in Lightroom.

Click on the image to get a better look at this image. Also, you can access the portfolio for this post by clicking here. Please use the section below to post your comments, questions or suggestions.