This is another golden sunset taken at the Green River Basin, located in the Canyonlands National Park, during my recent trip to Moab, UT. Unlike the one I posted yesterday and the day before, this one is not a panorama and it was taken just as the sun cleared the horizon. I really liked how the clouds above lit up with the brilliant golden hues so I set my lens on the widest setting and tilted the camera upwards to capture the wispy clouds. It was much more spectacular in person. 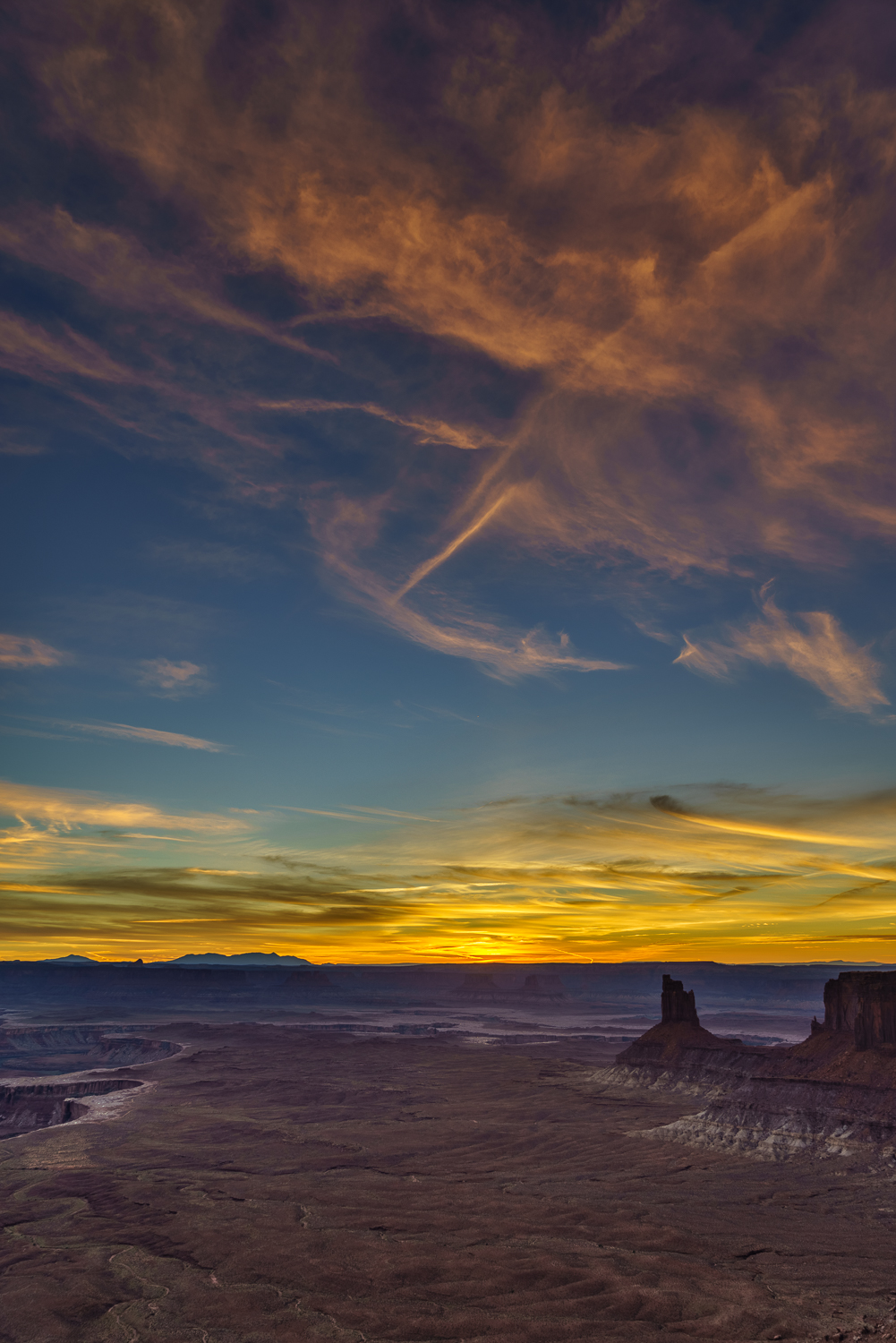 This image was taken with my Sony A7R using my Sony 24-70mm f/4 lens set on 24 mm. The camera was set on Aperture priority mode with the aperture set at f/4, shutter speed at 1/250th of a second and the ISO set at 100. I took a total of 3 bracketed images (-2, 0, +2) and used exposure compensation of +2 stops to achieve this image. HDR processing was done using Photomatix and final processing was done in Photoshop and Lightroom.