Dead Horse Point State Park, created over millions of years of geologic shaping, is located southwest of Moab, Utah, not far from the Colorado River. The same river that formed the Grand Canyon. It opened to the public in 1959.  The legend behind this park takes place in Dead Horse Point, a sheer-cliff peninsula connected by a narrow strip of land called “the neck”.  One legend counts that, around the turn of the century, the point was used to corral wild mustangs.  Cowboys rounded up the horses and headed them across “the neck” onto the point.  The peninsula was then fenced off to prevent the horses from escaping.  A natural corral if you will.  The legend goes on to say that one time, someone forgot the horses and they died of thirst.  Thus the name of the point and the park.

I had the opportunity to visit the park in 2013 during a trip to the western United States.  A stop here and at Arches National Park were the highlights of the area.  I really liked the contrast between the red colors of the park and the mountains in the background.  I highly recommend this area to anyone traveling to western Colorado or eastern Utah. 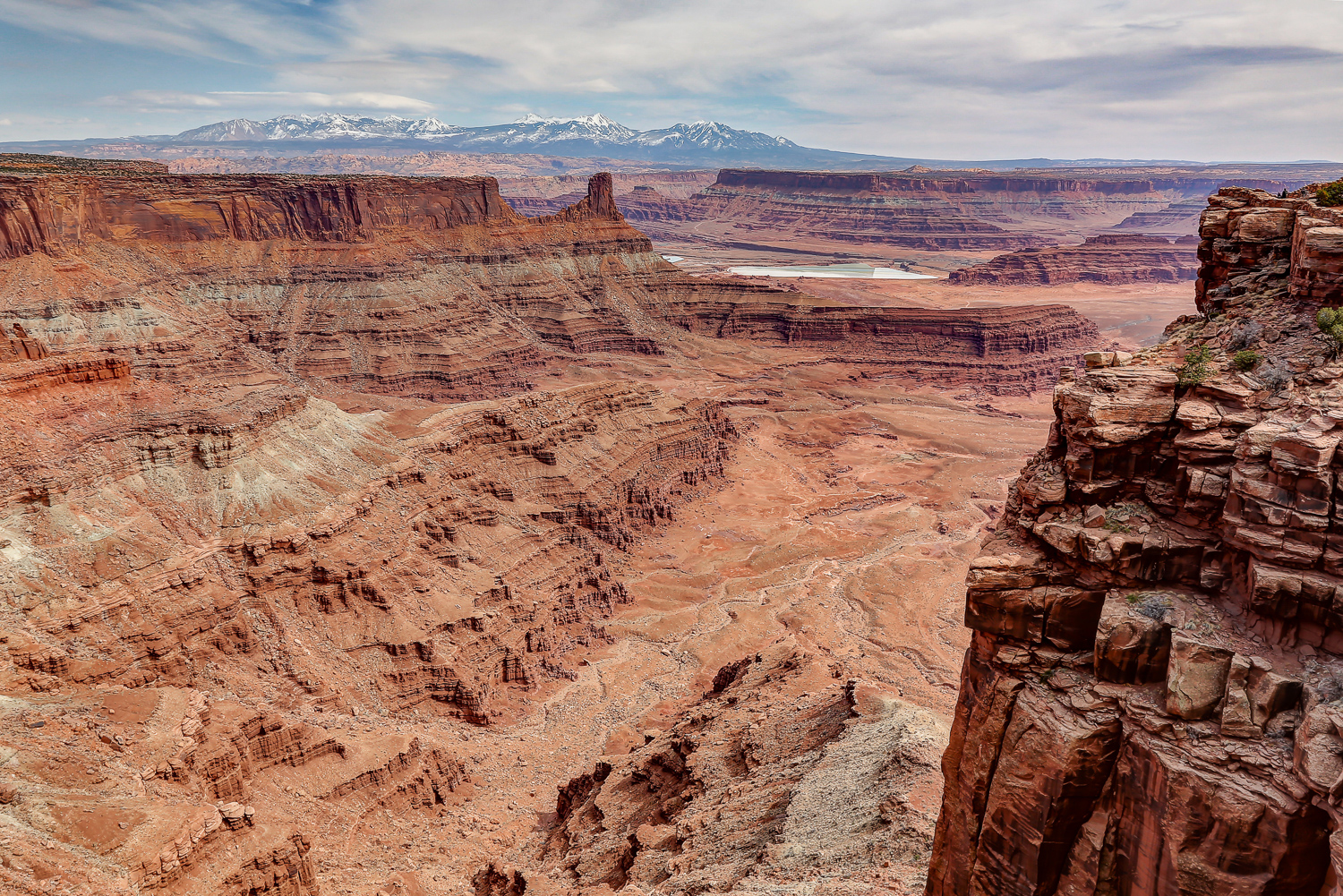 This image was taken with my Canon EOS 5D Mark III using my EF24-105mm f/4L IS USM set on 24 mm. The camera was set on Aperture Priority mode with the aperture set at f/16, shutter speed at 1/50 at ISO 100.  I took a total of 3 images and used Photomatix to merge them into a single HDR image.  I then finished processing in Photoshop and Lightroom.