I attended a night photography workshop in Joshua Tree National Park last week. The workshop was put on by the National Parks at Night organization. The instructors were great and I learned a lot about photographing at night including light painting. They took us to Keys Ranch for our final evening of shooting. We arrived right at sunset and I decided to rush out to the back section and photograph the sunset before it sat behind the mountain. I was able to get a nice, clear starburst as well as soft colors on the building and vegetation. I believe the yellow flowers are Desert Plume.

Keys Ranch was home to William F. Keys and his family from 1910 until he died in 1969. He was an early settler to the area and his ranch is a symbol of the resourcefulness of early settlers. The ranch is a complies of small buildings, mining equipment and old vehicles. There are many stories about Mr. Keys, including a murder that occurred due to a dispute over a mine. He served time in San Quentin Prison. He was pardoned in 1956. The murder was deemed self-defense. 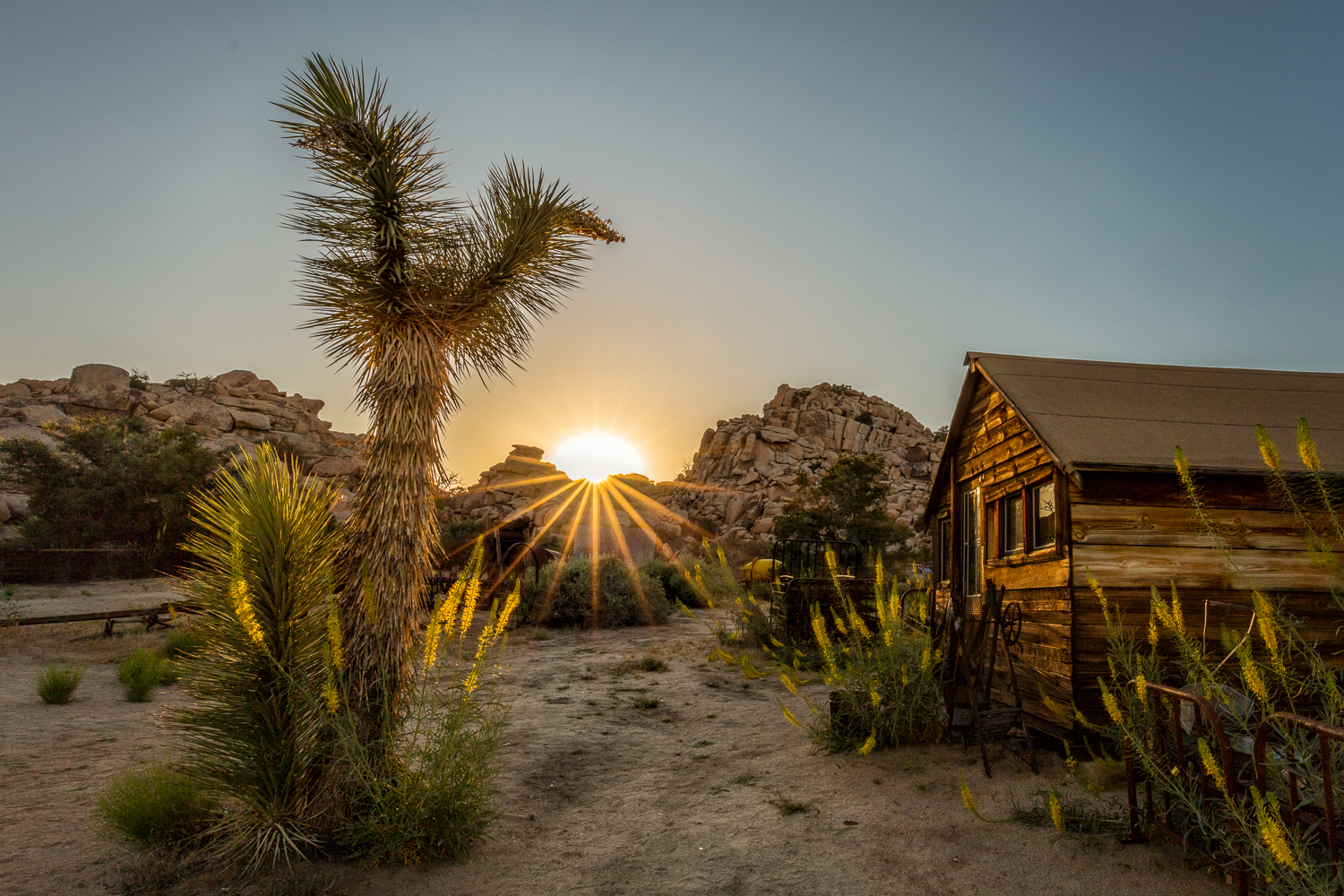 This image was taken with my Canon EOS 5DS using my Canon EF 16-35mm f/4 Lens set on 16mm. The camera was set on Manual mode with the aperture set at f/13, shutter speed at 1/500th of a second and the ISO set at 400. I used a tripod for stability. This is a series of three bracketed images (+2, 0, -2) brought together in Lightroom using the HDR function. I finalized the images in Photoshop using Nik Color Efex Pro.

You can see my new gallery for Joshua Tree NP by clicking here. I will be adding more photos to the collection as I process and post them.